Brianna Wright is a reporter for WUFT. She is a third-year journalism major at the University of Florida with a minor in leadership. She can be reached at 321-750-2369 or bwright6@ufl.edu.
@briannawright0 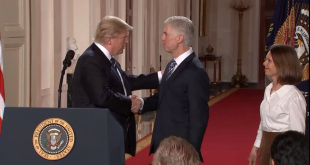 President Donald Trump selected Neil Gorsuch as his nominee for the Supreme Court. That and more in 90 seconds.

END_OF_DOCUMENT_TOKEN_TO_BE_REPLACED 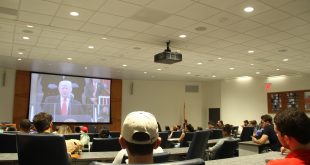 UF's Multicultural and Diversity Affairs group held a live screening of Donald Trump's inauguration as the 45th President of the United States, followed by a panel asking for more public political action. The group vows to hold elected officials accountable and said that can only be a possibility if the public is engaged in the political process.