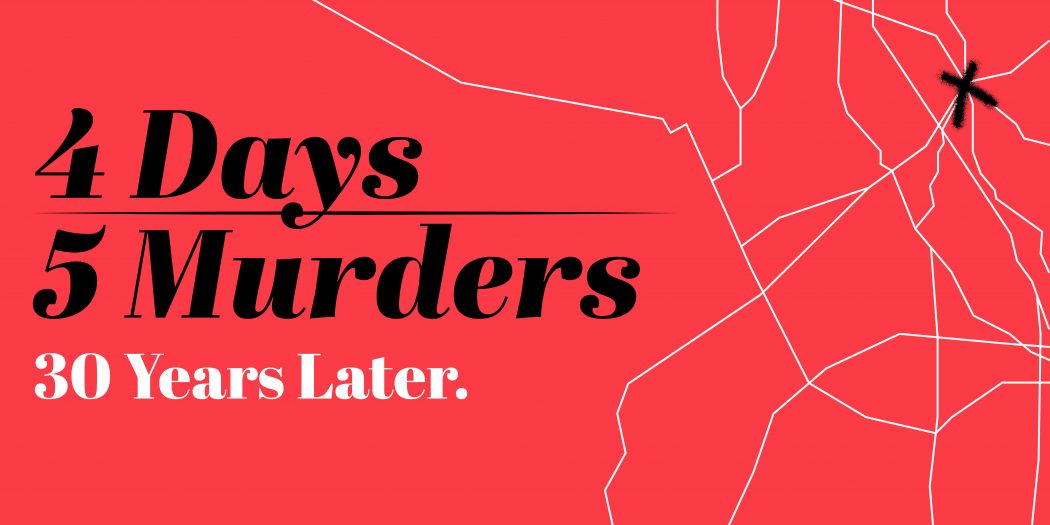 The macabre acts left this normally quiet college town in utter shock. Students fled, residents hunkered down. They huddled together in crowds or slept with baseball bats by their pillows. The fear that gripped Gainesville would not subside for many weeks until the killer was caught and charged with the crimes.

Three decades later the names of the victims — Sonja Larson, Christina Powell, Christa Hoyt, Manuel Taboada, and Tracy Paules —remain freshly painted on the 34th Street wall memorial. Many younger, newer residents pass by daily without knowing why the names are there.

But for those who lived through it, the memories haunt.

How does trauma travel over three decades, and what mark does it leave on a town like Gainesville?

Two students are found murdered inside their Williamsburg Village apartment. Thirty years later, their names are still painted with three others on a memorial wall. Some would like to forget. Others say it’s important to remember.

The third murder hits close to home for law enforcement when they discover the body of one of their employees, triggering alarm in the community.

Three students’ bodies have been discovered, pointing to the work of a serial killer. Fear strikes the UF community, and leaders grapple with how to respond.

The name of the killer is often remembered. But who was lost, and how did they impact the ones they left behind?

Episode 5: The Ones Who Caught Him

The world was watching to see how and when they would catch the killer. Investigators and prosecutors race for justice in an effort that still affects them 30 years later.

Meet the team behind the project.