Steve Friedman, 52, always thought he’d spend his days in a cubicle surrounded by buttoned up shirts and staplers. Instead, he passes the time in a rash guard and polarized sunglasses on the waters of the Florida Keys.

After growing up in what he calls “John Hughes-Landia,” or Chicago, Illinois, he graduated with a master’s degree in Spanish and Latin American Studies. This led him on a path for a foreign service job in Washington, D.C., which Friedman knew wasn’t for him. He spent the next couple of years serving as a paralegal at a few different law firms instead.

“All I was doing was looking forward to my next vacation,” he said. “So I decided I needed a life change.”

WUFT · Captain Steve Friedman on being a Floridian

The metaphorical dart he threw landed on Denver, Colorado, where he hoped to find a job in the land-use and zoning industry. One day, however, he found an opportunity that excited him.

“I couldn’t get any attention, and as I’m, you know, feeding the hamster that ran the internet back then – trying to find want-ads – I found an opportunity to be a fishing guide in the rivers out of Vail, Colorado,” he said.

After a summer of rowing boats down the Roaring Fork and Eagle rivers, he was hooked. In the midst of planning his return for the next summer, the fly fishing company in Vail sent him to Stuart, Florida, to manage their fishing supply shop, and Friedman earned his captain’s license.

“If you know anything about fishing, or specifically fly fishing, all roads lead to the Keys,” he said. “This is where everybody gathers and pays homage.”

In 2000, Friedman found his way to Islamorada, Florida, where he gave himself just five years to make it in the industry.

“I had no backup plan,“ he said. “I can’t sing. I can only play three chords on the guitar, and I am a terrible server.”

He got a job as a bartender and made just enough to fund his deeper passion of learning the waters and becoming a full-time fishing guide. As an outsider, he was wary of whether he’d be accepted in this new community.

That acceptance came with time on the water, learning the intricacies of the trade and the beauty of the ecosystem on his own, the occasional tip on knots from a buddy and not intruding on the spots of already established fishermen.

After forging relationships with local businesses and other guides over the years, Friedman began to put down roots in Florida, feeling he found a home. He got married, had two children, and grew his business to what it is today.

“When I realized that I could consistently pay the rent, you know, get the kids some clothes and some food, that’s probably when I felt like I was a Floridian,” he said.

But Friedman’s wife, Kristine, doesn’t have the same passion for Florida as he does. Friedman traveled back to Chicago for a friend’s wedding when he met her. It was June, which is when Tarpon are a common find in warmer waters, and Friedman was reluctant to leave the fish.

He says Kristine is still woozy from being swept out of the Midwest.

“She’s coming out of it,” he said. “We just try and get some snow on her every once in a while to keep her right.”

Now having spent more than two decades in the Keys, Friedman’s still excited by every day he spends on the water, but he finds himself unfazed by fishing alongside rich and powerful people – Jimmy Buffett included.

“Being on the boat and doing this kind of fishing is the great equalizer,” he said. “I’ve fished with a lot of wealthy and powerful people, but I know they don’t know more than me when it comes to what we’re doing.”

A passion for environmental activism was awakened for Friedman when a massive seagrass die-off in 2015 threatened his livelihood. He watched as about 40,000 acres of seagrass, which is the largest meadow of its kind, withered and died under a hyper-saline event. The grasses are excellent at absorbing carbon dioxide and provide habitat for a plethora of fish. Scientists believe the 2015 event was a recurrence of the first recorded die-off of turtle grass across the Florida Bay in 1987.

“That was an unprecedented event,” said Jim Fourqurean, a professor of biological sciences and associate director of the Institute of Environment at Florida International University. “It took us at least 10 years to actually put together the threads of the story to understand what happened.”

Recovery from the event in the late ’80s was almost complete when the seagrass die-off began in 2015, according to Fourqurean. What kills the grass is a buildup of a toxic chemical, called hydrogen sulfide, in the soil.

Under normal circumstances, sulfide will oxidize into non-toxic sulfate when oxygen is present in the soil.

“You can think of this oxygen as allowing the plants to live in an environment where there’s this poison,” Fourqurean said.

“Then there’s kind of a cascading effect of those dead plants,” he said. 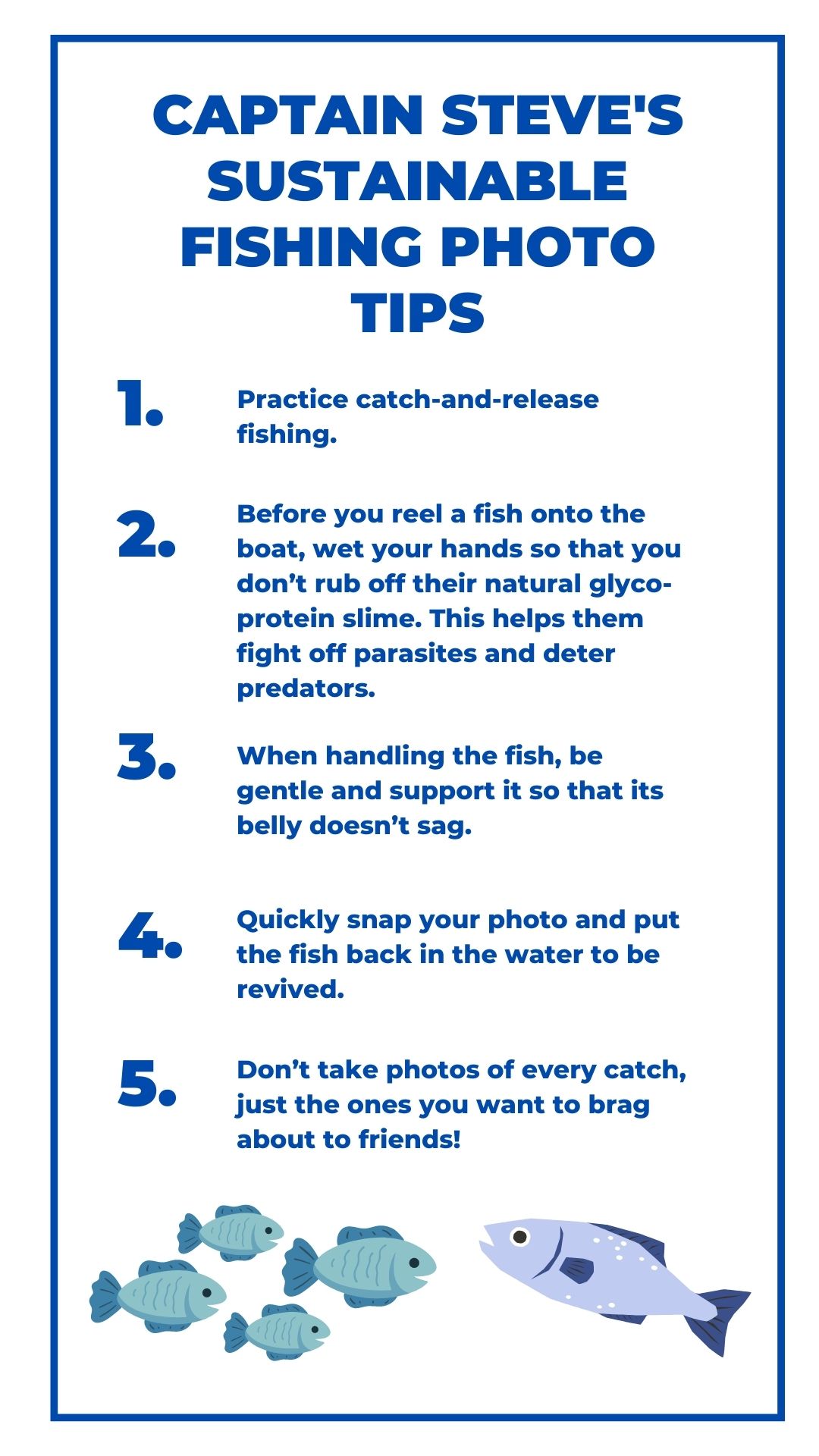 Most of the plant nutrients in the system, including fertilizers, nitrogen and phosphorus, are tied up in the seagrasses so that other primary producers like plankton can’t make use of it. But when the seagrasses die, phosphorus is made usable, which can increase algae blooms.

These algae blooms starve the benthos, or seafloor, from light penetration, creating a situation where it becomes hard for seagrass to regrow.

“The fishing industry and the charter industry is the backbone of the economy of the Florida Keys, and we’re also the stewards of the sea,” Friedman said.

Since the die-off, other issues like the exacerbated natural phenomena Red Tide have kept Friedman hungry for information about how the state’s policies connect to what he’s experiencing on the water.

“I don’t want to know words like cyanobacteria,” he said. “But I’m forced to learn them to understand what’s going on, to be able to explain it to my customers so that they can go back and tell their legislators.”

After learning about these issues, Friedman felt like he couldn’t just sit idly by. In 2018, he launched his campaign to become Florida’s House District 120 representative. He ran as a Democrat on a single issue: clean water. This, he believes, is connected in some way to every issue on the ballot.

“Our environment down here is our entire lives,” he said. “Without this clean water, nobody would have the life that they have.”

Friedman lost that race in 2018, but it hasn’t deterred his passion for environmental activism.

Most recently, Friedman, accompanied by his peers in the fishing guide industry, took to Tallahassee to voice their concerns over a piece of legislation, SB 2508, that they believed changed the way water restoration projects were funded, potentially complicating water management efforts. The water supply bill was originally filed as a conforming bill that’s attached to the state budget. It was eventually amended and then vetoed by Gov. Ron DeSantis.

But Friedman believes that his fight is far from over.

“There are so many things that are going on in this state that revolve around being outside and enjoying the outdoors,” he said. “To me, that’s what it means to be a Floridian, and once more, to be a conscientious user of those areas is the ultimate Floridian, so that future generations that are coming through, that are moving here every day, to the ones that are raised here, can enjoy it just like we are now.”

Julia is a reporter for WUFT News who can be reached by calling 352-392-6397 or emailing news@wuft.org.
Previous The Point, Jan. 17, 2023: First openly gay Gainesville mayor dies
Next After Taliban takeover, a former Afghan Air Force pilot recounts his journey from Kabul to Jacksonville