Paula doesn’t have much furniture in her living room. She has a TV on a stand and a dinner table with a few chairs, all collected through donations.

The Medellin native left Colombia earlier this year fleeing violence and looking for a better future for her two sons. After flying to Monterrey, Mexico, her family chased this dream of opportunity across the border and the Rio Grande into Texas.

A lot of paperwork and a two-day bus ride later, they arrived at their final destination: Gainesville.

Since moving in May, Paula’s family has struggled to get their feet on the ground. Critical family concerns like finances, schooling for their sons and their legal status have been nearly impossible to navigate, Paula said.

Paula, 39, and her family are seeking asylum and are currently waiting for their 2024 court date. She asked that her last name not be used out of concern for her immigration process.

Paula and her husband do not have the legal documentation that would authorize them to work in the U.S.

Paula’s story shows the challenges that immigrants face in Gainesville where nearly 12% of residents were born outside the United States, according to 2020 U.S. Census data. Indeed, immigration concerns stretch beyond South Florida. In Gainesville, the total population growth over the five-year period from 2014 to 2019 was attributable to immigrants, according to the American Community Survey.

“There are days where you close your eyes or you wake up in the morning and say, ‘thank you, God,’” Paula said in Spanish. “But this isn’t an American dream. It’s an American nightmare.”

Regardless of documentation status, migrants like Paula share the struggle of adjusting to a new way of life in a foreign land while trying to communicate in a language they don’t understand. Local grassroots resources have helped Paula and her husband – and others like them – who are trying to establish themselves in a new country.

Community Facebook groups, such as Latinos in Gainesville and Colombians in Gainesville, helped Paula find a place to rent and a job for her husband when they first arrived.

Without a Social Security number or a work permit, many migrants must rely on informal work or day labor to make ends meet. Some of them, like Paula and her family, are employed through verbal agreements between employer and employee.

Her husband, Carlos, posted on a Facebook group that he needed a job. The owner of a car dealership saw the post and offered Carlos work washing cars at his dealership.

Paula’s main form of employment is house cleaning gigs she finds through word-of-mouth.

Back in August, Paula and Carlos worked with a fellow migrant’s cleaning company cleaning student apartments after residents had moved out. After a month of working, the employer withheld their last paycheck, the earnings for two weeks of work by each of them. In another instance, an employer blocked Carlos’ phone number after he asked for his pay from a day labor gig.

In immigrant communities, this exploitation is an open secret, Paula said.

“There are always people who tell you to be careful with people and that not everyone’s a good person, and there are people who just want to exploit the recently arrived,” Paula said.

She said these employment struggles have kept her from finding stable work; the other reason is that she must look after her child at home.

Paula said she hoped when she came to the U.S. to give her children a good education and find plenty of work opportunities.

“When you arrive, you face this immense shock,” she said. “You have these expectations that aren’t true.”

Paula’s 4-year-old son, Santiago, is struggling to adjust too. Between her dealing with the application process and finding the money to pay the fees for daycare services, Paula said she has not been able to access schooling for her youngest son. She said she hopes to enroll him in kindergarten soon.

One such resource is the Rural Women’s Health Project, which, among other things, helps immigrants access school resources in a system they are not familiar with and that often lacks language accessibility, said immigrant project manager Ethan Maia de Needell.

The Rural Women’s Health Project hopes to make the transition easier for immigrants arriving in the community. It focuses on health, education, safety, civic inclusion and language access.

Promotoras and comunicadoras, Spanish for promoters and communicators, play a crucial role in the organization’s mission, de Needell said. They’re volunteers who are part of the immigrant community they aim to help; they distribute information and help recent immigrants connect with peers and resources.

The organization’s Proyecto S.A.L.U.D. (which spells ‘health’ in Spanish) connected Paula with people and resources in her community who have been crucial to her — finding people who understand her situation and want to help has felt like a miracle, she said.

“There are angels for you, and you can become an angel for other people,” Paula said.

Through these community resources, she met a 21-year-old Guatemalan immigrant who had only been here a few months. She migrated while pregnant and now has a newborn baby daughter.

Paula babysits the baby during the day while her mother works. She knows the struggle of trying to work while having young children.

“I look after her baby with love and care, like she was my own,” Paula said. “I do it to help her work and to make sure the baby is in good hands.”

Paula’s legal identification is a community-issued ID card in lieu of a state-issued ID that requires proof of residence and legal status.

The Alachua County Human Rights Coalition’s Community ID program started in late 2018 to help immigrants obtain legal identification. It was the first program of its kind in Florida. Since then, Palm Beach, Miami Dade and Broward counties have followed suit in offering the ID cards.

“It’s not a driver’s license, of course, but it is a way that people can positively identify themselves, when interacting with law enforcement, as someone who lives in our community,” Robleto said.

Paula said she often uses the ID to pick up her prescriptions at pharmacies.

The Human Rights Coalition also has another program in which volunteers help navigate an “unknown or hostile legal system,” Robleto said.

Families like Paula’s are unsure of their legal standing as they seek asylum, which is a long and complicated legal process.

“There’s a huge legal need that, unfortunately, outweighs the resources that exist in legal representation in immigration cases,” Robleto said.

Shortly after arriving, Paula enrolled her eldest son, 10-year-old Emiliano, in elementary school with the help of the Rural Women’s Health Project resources.

The fifth grader has picked up English quickly, Paula said. She smiles as she talks about her son’s grades and what he has learned in school in the past few months.

Emiliano hopes to be a lawyer when he grows up; he said he wants to work “with the good guys.”

Kristine is a reporter for WUFT News who can be reached by calling 352-392-6397 or emailing news@wuft.org.
Previous Photo story: Meet UF’s Carillonneur
Next The Point, Jan. 3, 2023: UF professors ask to dismiss expert witness lawsuit 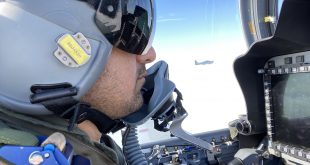 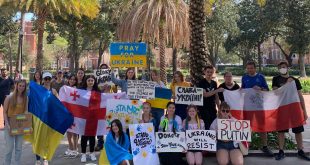 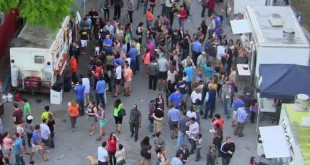 The Original Gainesville Food Truck Rally, which will be held on Saturday starting at 4 p.m., will benefit Welcoming Gainesville and Alachua County, an organization that aims to eliminate prejudice, celebrate diversity and help newcomers to the community. The event, sponsored by the University of Florida College of Pharmacy, will have a free concert at High Dive, about 10 food trucks and a cultural student talent show.