“Justice has to mean more than a word on a piece of paper.”

That was the main message of the day inside Passage Family Church after the Rosa Parks Quiet Courage Committee’s annual tribute.

The committee held what would have been the 17th annual Rosa Parks Tribute, although this was the first tribute since 2019.

Griner, the president and founder of the committee was the final speaker of the day after the committee handed out four “Quiet Courage Awards” to community members.

The four recipients, Devondrick Slater, Sheila Payne, Tony Jones and Desmon Duncan-Walker were all recognized for their efforts in the community that “demonstrate a commitment to the cause of justice, equality and peace.”

The tribute began with a period of music, including a solo by RTS supervisor Tammy McCants.

“We are so delighted, so excited about the opportunity you have given each of us to assemble here today to honor this great woman in history, Rosa Parks,” he said.

Members of the Alpha Kappa Alpha Sorority, Inc. then lit a candle as part of a memorial set up toward the front of the church. Parks was inducted as an honorary member of the sorority in 1988.

“She is the mother of civil rights, and we’ll never forget her,” said Rev. Geraldine McClellan, who lit the candle on behalf of the Alpha Kappa Alpha Sorority, Inc.

The memorial candle lighting was followed by a performance from the Peculiar People choir.

Griner returned to the podium, this time to commend the appointed and elected officials who have given the committee support.

“We humbly and gratefully appreciate all of the support you’ve given,” he said. “You have shown how you care and how you understand what the committee stands for and represents.”

The first award was presented to Devondrick Slater.

Slater has volunteered numerous times in public schools, coaching youth sports, participating in community service and investing in the lives of young men.

“Mr. Slater, like Ms. Rosa, embodies service to humanity,” said Cole-Smith. “Always having a willingness to help others with no barriers to what one is able to contribute.”

His persistence is evident, as Cole-Smith explained, from the way in which Slater has overcome adversity.

“He got into a car accident that changed his life forever,” said Cole Smith. “After having to be revived three times, he lost a kidney, a spleen, half his liver, a crushed gallbladder, two inches of his femur, and impacted nerves in his left arm. But as a leader, he did not let that deter him from his mission to serving others in this community.”

Slater received a standing ovation as he accepted the “Quiet Courage Award” from Griner.

The second award was then presented to Sheila Payne.

Payne was recognized for her work throughout the community to stop the evictions of tenants and low-income residents, among other community involvements.

She was also a lead organizer for the Felony Voting Rights Restoration Campaign. The campaign ultimately led to the passage of an amendment in the state constitution that restored voting rights to most Floridians with prior convictions.

“In all of these freedom movement activities, Sheila prefers to be just the quiet organizer behind the scenes,” Cole-Smith said. “We are grateful as a community for this quiet organizer that continues to contribute to make a positive difference in the lives of so many.”

Gainesville City Commissioner Desmon Duncan-Walker was the next recipient, receiving the Leadership and Vision award.

Prior to assuming her role with the city, Duncan-Walker founded the Gainesville Alliance for Equitable Development and was a member of the Alachua County Branch of the NAACP.

“What we also admire about her is she wants to involve the younger people in the community,” Cole-Smith said. “This aligns with Ms. Rosa Parks, who was also a part of and advisor to the local NAACP Youth Council.”

Duncan-Walker stood behind the podium to share remarks with the attendees after she was handed the award by Rev. Griner.

She used the opportunity to also address community issues she is making an effort to focus on as District I commissioner. Specifically, she called attention to gun violence and health care.

Duncan-Walker returned to her seat as she sang “Can’t Give Up Now,” focusing on the line “we just can’t give up now, we’ve come too far from where we started from.”

The last award was given to the “mystery recipient” who was unaware that they were receiving an award. Gainesville Police Chief Tony Jones was the final award recipient of the day and was met with a loud ovation as he headed toward the front to receive his award.

Jones has served more than 30 years with the Gainesville Police Department, most recently as the chief of police starting in September 2009.

Aside from his role with GPD, Jones serves on the Board of Directors for community organizations, including the Boys and Girls Club, The Black on Black Crime Task Force and Reichert House Youth Academy, the latter of which he co-founded.

“He is a man of quiet courage, one who has had that courage to connect with all of the people because of his genuine concern for people,” Cook-Smith said. “Quietly but effectively, Mr. Tony Jones works hard behind the scenes to forge positive and healthy relationships between community, college, faith-base, government…wherever he needs to find help to help people, he wants to continue to keep the lines of communication open.”

Jones accepted his award to another rousing ovation.

“My grandmother used to say, that the work you do speaks for you,” he said as he briefly shared comments with the audience following the acceptance.

Griner returned to the microphone one final time to present a certificate of appreciation to each member of the Rosa Parks Quiet Courage Committee. It was from there that he moved into his final words before the conclusion of the tribute, speaking on the theme of Sunday’s tribute.

The theme as determined by the committee was “Make Justice JUST Again.” Griner touched on multiple instances in which there has been wrongdoing involving racial prejudice.

“Justice, the only way that it can be ‘just is if anyone who is responsible for someone’s harm or murder or torture because of the color of their skin is quickly brought to justice,” he said. “That’s the only way it’ll work.”

Griner specifically pointed out the murder of George Floyd and the mass shooting inside of a Buffalo supermarket as examples.

“The fact that this kind of hate is going on in our nation should tell all of us that no matter who we are…we have to, every single day of our breathing lives, we have to make sure that justice has meaning,” he said. “And it has to be ‘just,’ in capital letters.”

Duncan-Walker summed up the meaning behind the tribute and the longing for justice toward the end of her acceptance speech.

“This mighty woman sat, so that we could stand,” she said.

Matthew is a reporter for WUFT News who can be reached by calling 352-392-6397 or emailing news@wuft.org.
Previous The Point, Dec. 8, 2022: Rep. Joe Harding indicted on wire fraud, money laundering charges
Next ‘Prove everybody wrong’: Williston senior looks to change his narrative on the basketball court 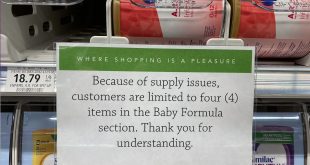