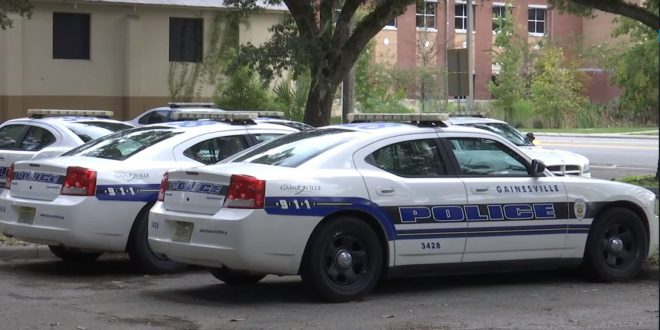 By Carissa Allen and Grace Banahan

The Gainesville Police Department, working with the Alachua County Sheriff’s Office, located Wednesday night the vehicle wanted for Monday morning’s fatal hit-and-run incident, according to a news release from the police department.

Police did not make an arrest after finding the car and are still collecting evidence for a criminal case, they said. The department was looking for a silver Volvo XC90 manufactured between 2016 and 2022. It remains unclear whether police tracked it via the license plate or another means.

Officers have been searching for the car since it hit a bicyclist on the 3300 block of South Main Street. The bicyclist was traveling southbound around 9 a.m. Monday in the curbside lane when he was struck from behind by the Volvo, which was also headed south, according to a Gainesville Police Department news release distributed Monday. The victim was pronounced dead on scene.

This fatal crash marks Gainesville’s second pedestrian casualty in a 14-day period. On Nov. 18, John Coffey was struck by a vehicle while crossing West University Avenue and died at the scene, according to Gainesville police.

Carissa is a reporter for WUFT News who can be reached by calling 352-392-6397 or emailing news@wuft.org.
Previous UF Environmental and Horticulture Club is holding its poinsettia sale Dec. 8 and 9
Next UF backup quarterback released from jail after child pornography arrest