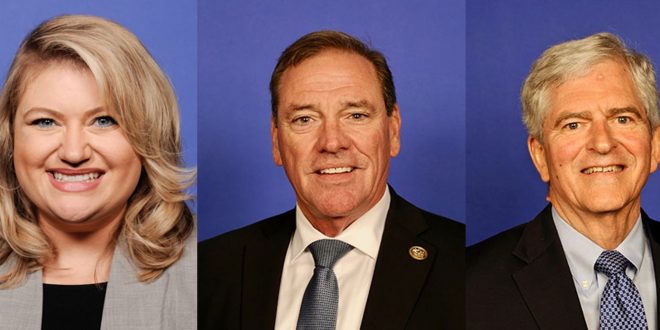 With liberal Gainesville votes being swallowed by the surrounding conservative rural stronghold, incumbent Congresswoman Kat Cammack was able to cruise to victory in U.S. House District 3 over Democratic challenger Danielle Hawk as reported by the Associated Reports based on current vote totals. The divide was so great Cammack was able to survive without courting moderates and just serving partisan meat to her conservative base.

Cammack was previously elected in 2020, becoming the second youngest woman in Congress after taking over the seat from Rep. Ted Yoho (R), for whom she served as deputy chief of staff from 2013-2019. Republicans have maintained control of the seat since 2013.

While in office, Cammack consistently voted along partisan lines, including against making permanent Biden’s temporary child tax credit, praised for reducing rates of childhood poverty. She serves on the Homeland Security and Agriculture committees. Cammack sponsored 14 unsuccessful bills, resolutions, and amendments, including an amendment to hold the major rules of the executive branch shall have no force or effect unless a joint resolution of congressional approval is enacted into law. She did not say how such an amendment would affect a future presidency by Trump for agenda items like his border wall, bans of immigrants from majority-Muslim nations, and tariffs on China.

She has criticized the amount of funding the Biden administration has provided Ukraine in its fight against Putin’s invasion.

Hawk is a community activist and volunteer for charities focused on reducing child poverty and increasing educational opportunities. She has no prior experience in government.

The race was only one of two in the nation featuring two Congressional incumbents.

Both candidates have served in Congress since 2016. Lawson, a Tallahassee native, previously served much of the district for a decade in the Florida State House and Senate. He represented U.S. House District 5, stretching from Jacksonville to west of Tallahassee, before the district was redrawn.

Dunn comfortably outraised Lawson with $1,671,448 in campaign receipts compared with Lawson’s $711,145. Lawson struggled to gain support from the Democratic Party’s funding operatives who considered the race a lost cause.

Dunn, of Panama City, served as the incumbent for District 2. Because the district now includes Tallahassee, it leans slightly less conservative than when Dunn was first elected to Congress.

Each candidate voted for their respective parties on President Joe Biden’s Inflation Reduction Act, American Rescue Plan, and the Build Back Better Act. They also opposed each other on Biden’s student loan forgiveness plan.

Dunn blamed the Biden administration for the country’s inflation woes and for increasing U.S. dependency on China. His platform included support for restrictions on abortion access, opposition to gun regulations, and constant praise for former President Donald Trump.

Dunn was among 147 House Republicans who voted to deny the electoral certification of Biden’s 2020 presidential election win. Dunn’s support of the election falsehood pontificated by Trump played well to his conservative base while alienating him from some of the district’s moderate voters.

Thirteen of the district’s 14 counties exceed the state poverty level of 13%. The district has also been plagued with population loss leading to a declining tax base and underfunded infrastructure and education.

In a solidly conservative district featuring the largest percentage of white residents in the state, it came as no surprise the only true challenge to incumbent Republican Congressman Daniel Webster was during the primary from a far-right candidate.

The noncompetitive nature of the district was emphasized by Webster’s $717,520 campaign receipts compared with Munns’ paltry $19,684.

The disparity is pronounced considering the district is home to the highest percentage of senior citizens in the nation and includes the adult retirement community The Villages, the country’s fastest growing metro area.

Webster has served in Congress since 2011 and was previously the speaker of the Florida House and a member of the State Senate. He resides in Winter Garden and owns a heating and air conditioning business.

Webster campaigned on a platform of reducing government spending and strengthening border security. He touted his vote against President Joe Biden’s Build Back Better stimulus agenda.

Munns, an Orlando resident and high school track and field coach, promised if elected to help lower the price of prescription drugs, expand tax breaks for small businesses and invest in clean energy. She highlighted the high number of large corporations moving into the district as an example of how elected officials favor the rich over working-class citizens and small business owners.

The newly drawn district signed into law by Republican Gov. Ron DeSantis includes The Villages, most of Lake Country, Winter Garden, and parts of Apopka. The redrawn district lost many western towns including Belleview, Inverness, Homosassa Springs, and Brooksville.

The race also featured a No Party Affiliation candidacy by Kevin Porter, a resident of Denmark, campaigning on a conservative fundamentalist platform.

Joey is a reporter for WUFT News who can be reached by calling 352-392-6397 or emailing news@wuft.org.
Previous See who won Alachua County’s 2022 midterm elections
Next Republican Anna Paulina Luna flips Florida seat in 13th Congressional District