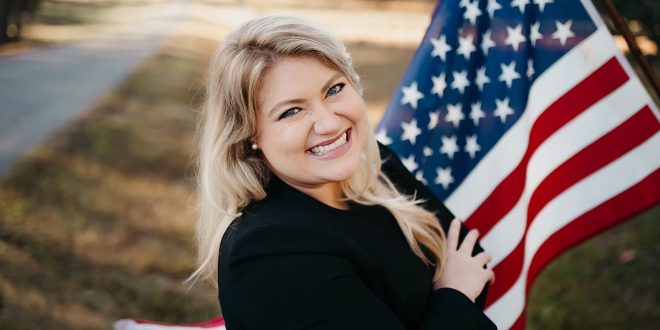 GAINESVILLE, Fla. –  Republican Rep. Kat Cammack, one of the youngest conservative women in the U.S. House, won re-election Tuesday to a second term in the newly enlarged 3rd Congressional District across a dozen counties in north-central Florida.

Cammack was winning by nearly 22 percentage points in early returns, too much for challenger Danielle Hawk to overcome even with some votes left uncounted early Tuesday night. Cammack was leading 60 to 39.

Early election results showed Cammack winning the new district by just over 3 points better than her 2020 victory. She won every county in the district except progressive Alachua County, where Cammack fared about 1 point worse than in 2020.

Cammack, 34, first won her seat in 2020 after a bruising primary, succeeding Republican Ted Yoho, her former boss. That year, Cammack won 57% of the vote in the solidly Republican district, which includes the University of Florida main campus. Republicans have held the seat for the past decade.

Former President Donald Trump endorsed Cammack in April, and Cammack was a speaker at Trump’s rally over the weekend in South Florida. In the months leading up to the election, she did not mention the former president in her campaign ads, even as she mentioned her endorsement from DeSantis.

Cammack significantly outraised her opponent, raising about $2.2 million compared to Hawk’s $75,000. Cammack – whose redrawn congressional district includes 200,000 voters who had previously voted in other districts – spent $1.8 million on the race, compared to Hawk spending about $50,000. Hawk did not receive financial help from national Democrats.

Hawk, who previously worked as a travel coordinator at a private Florida college, has no experience in government. The community activist, 28, helped organize protests in Gainesville and has been a lifelong volunteer for various social causes. Comparatively, Cammack has worked in Washington for over a decade.

Cammack had been the second-youngest woman in Congress next to Rep. Alexandria Ocasio-Cortez, D-N.Y., who is 33. In her first term, Cammack sponsored 14 bills, resolutions and amendments. None passed the Democrat-controlled House, typical for a freshman lawmaker in the minority party.

Like all 16 of Florida’s Republican lawmakers, Cammack voted against a bill for more federal aid relief funds following Hurricane Ian. Republicans said the short-term government funding bill did not fund the government into the new year. Cammack is the senior Republican on the House Homeland Security subcommittee on emergency preparedness and response.

Cammack’s freshman record also included voting against the Women’s Health Protection Act, which attempted to protect abortion access across the country. It did not pass in the Senate.

The congresswoman has openly supported the Supreme Court’s decision this summer weakening abortion rights. She is the co-chair of the House Pro-Life Caucus.

This story was produced by Fresh Take Florida, a news service of the University of Florida College of Journalism and Communications. The reporter can be reached at grace.banahan@freshtakeflorida.com. You can donate to support our students here.