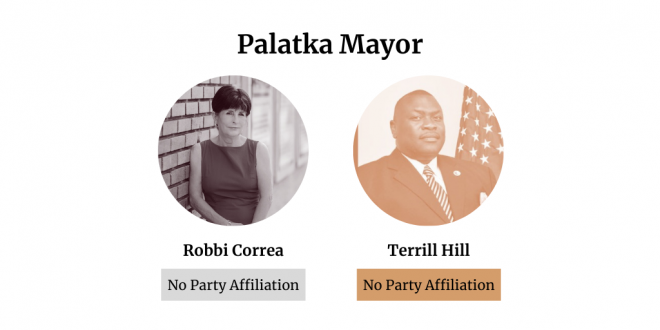 Both candidates will run with no party affiliation, as the Palatka City Charter has designated city commission races as nonpartisan.

Correa is a Palatka resident of 16 years. She taught in special education before becoming a real estate associate and local business owner.

When summarizing her campaign goals, Correa said that she supports the preservation of a thriving downtown district. By capturing the history and culture of the city in this way, she wants to establish a sense of pride in its citizens to “celebrate and showcase our city.”

“My strongest conviction is that I believe in Palatka, and in what it can be,” she said.

Other issues she emphasized included supporting strength in public safety through providing the police and other civil servants both with adequate funding and with mental health resources.

Correa also said she believes it is important to make sure there are attainable housing options available in Palatka, especially for civil servants.

“We need to ensure that municipal employees — city, police, (firefighter personnel) — have places that they can afford to purchase,” Correa said.

When asked what problems she thought had gone unfixed during Mayor Hill’s terms, Correa first emphasized that she respected the mayor and primarily wanted change on the grounds of term limits.

Another issue Correa identified and hopes to fix is the performance of the city’s website and other means of communicating with the public.

“I intend to be transparent, intend to provide communication,” she said.

Mayor Terrill Hill was born in Palatka and is a 1990 graduate of Palatka High School, according to the City of Palatka website. He has a bachelor’s degree in business administration, a master’s in athletic administration and sports marketing, and earned his juris doctor degree from the University of Florida in 1999.

After becoming an attorney, Hill practiced in Palatka and was recognized as one of the “top 40 lawyers under 40” by the National Bar Association.

Hill has served two terms as mayor of Palatka. Multiple attempts to reach him for comment were unsuccessful.

Tevel Adams, who was a community activist in Palatka before moving to North Carolina for college, said that community infrastructure is one issue that the candidates should focus on. He sees a need for more gyms and community centers for youth.

Adams was a cofounder of the Putnam Alliance for Equal Justice, and he said that one issue in particular needed to be addressed.

“I would like to see the mayor and the city council take a stance on the confederate statue on the grounds of the Putnam County Courthouse.”

While county commissioners originally voted to remove the statue, many residents objected to the conditions of its relocation, according to reports by WUFT. The statue still stands today.

Correa had a slight lead over Hill in the primary election, but not enough to constitute a majority.

Early voting for the Florida General Elections in Putnam County extends from Oct. 24 to Nov. 5, and will be held in three different locations. Palatka residents can vote early at the Putnam County Supervisor of Elections Office. 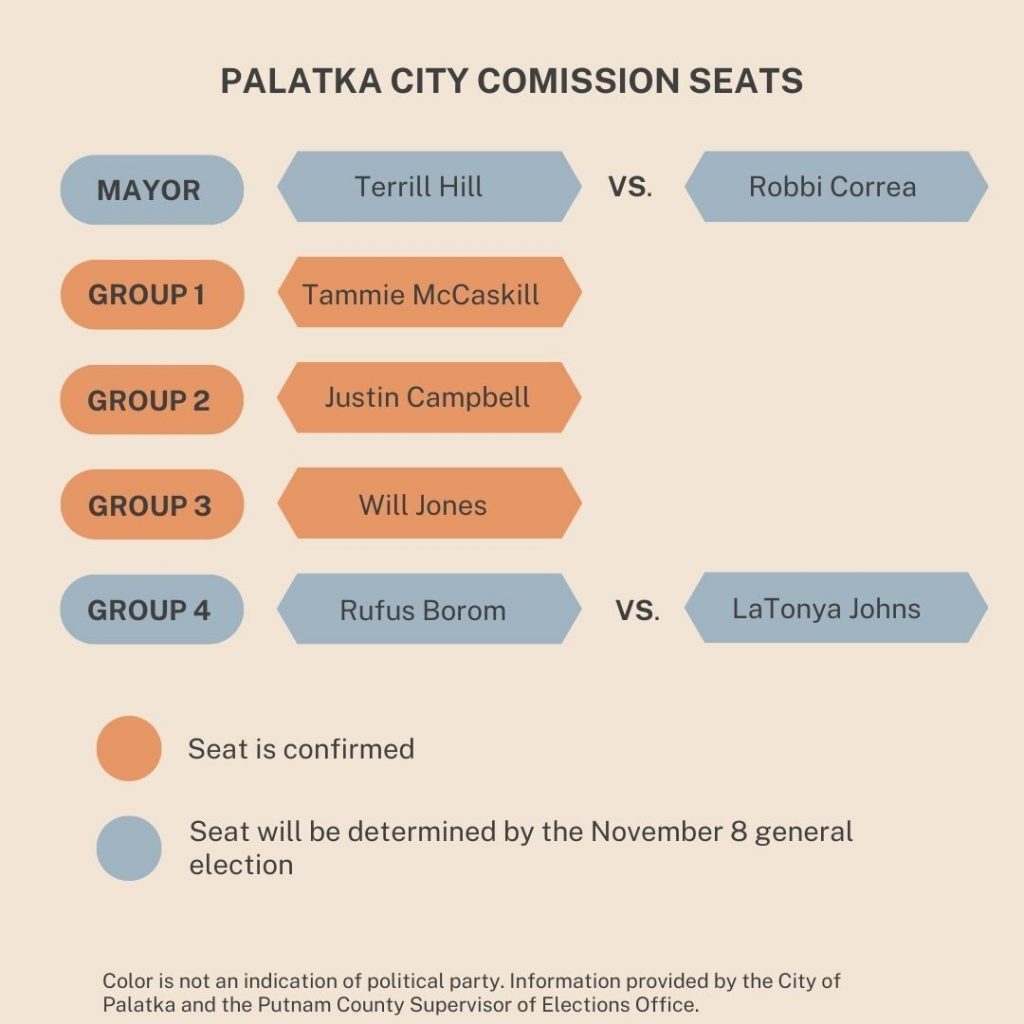 Joanna is a reporter for WUFT News who can be reached by calling 352-392-6397 or emailing news@wuft.org.
Previous The Point, Oct. 31, 2022: Antisemitic message at FL-GA game prompts UF response
Next Linda Powers hopes to get re-elected as she goes up against Joseph Faherty in Citrus County election