GAINESVILLE, Fla. — When Jack Manfredi graduated from Gainesville High School in 2020, he was lost.

The art of pottery had captured his heart in high school ceramics class, but as he applied to different universities and programs during the pandemic shutdowns, a distressing realization settled in.

Everywhere he applied, the answer remained the same – he would have to start his ceramics degree online. For such a hands-on career path, this was a serious drawback.

“I feel like that would not be the best use of my time and money,” he said.

So instead of pursuing a degree, Manfredi decided to immerse himself in an old, nearly forgotten method of education — apprenticeship.

Apprenticeship is an ancient practice that extends to a vast array of industries. Artists, technical workers and tradespeople all learn through immersive practice under the watchful eye of mentors in their chosen fields. No matter the profession, an organic, personalized approach to teaching is intertwined with trust as apprentices grow into full-fledged professionals.

For Manfredi, the choice between college and apprenticeship was easy.

His ceramics teacher from high school, Sara Truman, had a brand-new studio and had seen him grow in his art. Her assistant was leaving the business at the time, and she needed someone to help with the shop. Manfredi was already there, volunteering around the studio whenever possible. She decided this was the perfect opportunity to take on an official mentor role.

“We were interviewing people from all over the country who had finished their undergrad degrees,” she said. “And I’m like, ‘Why are we going to bring in a student that’s making us wait to see if they get a residency when he’s here doing the work?’” So after getting a grant from Studio Potter Magazine to fund his education, Manfredi chose to make his clay-stained hands a lifestyle under Truman’s diligent guidance.

Non-academic education is often viewed as old-fashioned, when in reality, it remains the standard in some industries, including tattooing. Tim Strating, a tattoo artist and owner of Anthem Tattoo, speaks to the value of a personalized learning approach. Mentors actively invest in an apprentice’s success. The future of a shop depends on the quality of art that comes out of it.

“Tattoo apprenticeship is kind of this organic thing where we try to suit it to the person that is learning,” he said.

Tattooing requires a special kind of grit. The bold colors and clean lines etched into the skin of a human canvas can take a long time to learn and even longer to perfect. While there is no specific timeline for when an apprenticeship ends, building confidence in an artist’s work is the ultimate goal.

A mentor’s relationship with an apprentice is as unique as an individual’s art style, which is why Anthem takes on no more than two or three apprentices at a time. Tattoo schools are generally frowned upon because they seek to teach in bulk, often 20 to 30 students at a time. Such a unique development of style is hard to replicate in a classroom setting.

“People learn in different ways; people grow at different rates,” he said. “We want to be able to devote enough attention to one person where they’re not slipping through the cracks.”

Many schools teach the basic mechanics of tattooing but fail to encourage artists to lean into their style in the way mentorship does.

“They’re not following up with you to watch you and make sure you’re doing those things,” he said. “You’re gonna slip into bad habits. You don’t have somebody kind of correcting behaviors.”

Strating, who apprenticed at Anthem and rose through the ranks to become an owner and veteran artist, attributes success in a difficult industry to this tough-love mentality.

“Even when [criticism] does seem harsh, it’s because you’re gonna have clients that are difficult,” he said. “It all kind of plays into your future success.”

Training for success and independence are hallmarks of the age-old method of apprenticeship. Apprentices in more technical trades, such as electricians, train for at least four years to earn different levels of certification and rely on their mentors to guide them through the tricky world of circuitry.

“You have an instructor that was also an electrician. He wasn’t just somebody hired by somebody. He was an actual licensed electrician himself,” said Joe Rega, a master electrician from North Florida.

He is licensed across the state to install electrical systems in buildings and to have less experienced electricians train under him.

After going through his apprenticeship in 1988 and mentoring three of his sons in the trade, Rega speaks to the values of trust that mentors develop with their mentees.

“If you don’t trust the guy that you’re working under, it’s big trouble. Then, if the guy doesn’t trust you, you know, you can get hurt or he can get hurt,” he said.

Shadowing someone with years of concrete, practical experience seals that bond of trust and instills a sense of autonomy in learning that classroom instruction can sometimes miss. When reflecting on her own journey compared to that of her apprentice, Truman remains an advocate for the benefits of a one-on-one relationship.

“I didn’t see a reason for him to go take a ton of student loan debt like I did,” she said.

Manfredi counts himself lucky to gain experience through a  system that is becoming more and more obscure. To him, the “dying art of apprenticeship” is kept alive by those who seek a different kind of life. He and Truman are friends outside of work; he goes to her for advice, and they talk about politics. Manfredi said he has found a connection to his trade, to his mentor and to the people around him.

“I’m friends with her family and her kids,” he said. “We have a really good working relationship as well as a social relationship.”

Whether in the fine arts like ceramics, disciplines like tattooing or the fundamentals of technical trades, apprentices learn from their mentors and grow into professionals who carry on their craft traditions.

Elise is a reporter for WUFT News who can be reached by calling 352-392-6397 or emailing news@wuft.org.
Previous Tracing the source of Gainesville’s gun violence problem: Legal or illegal ownership?
Next Three artists display new exhibits in Ocala 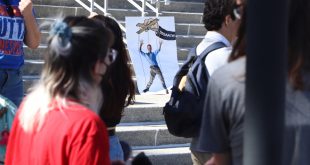 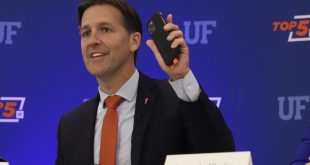