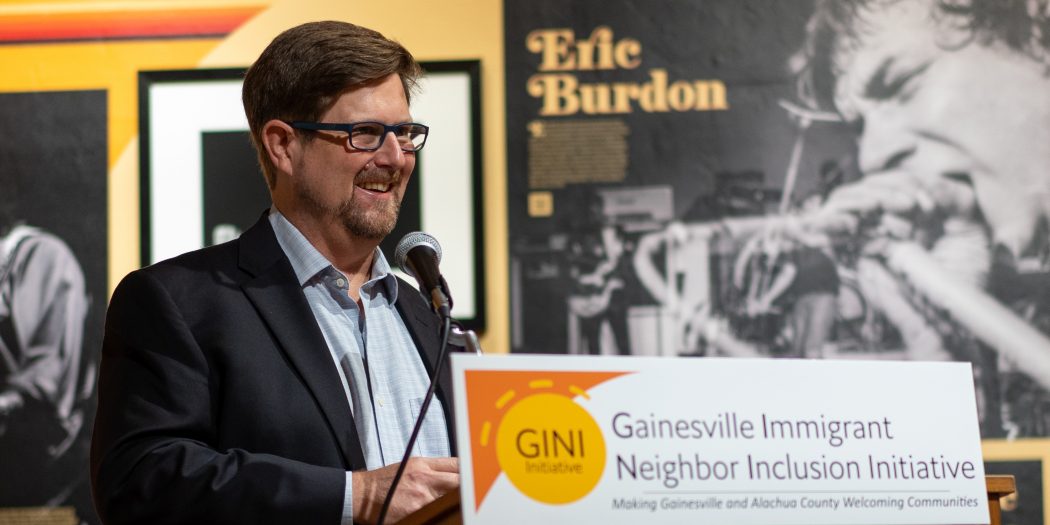 Mayor Lauren Poe speaks to progress made toward becoming a welcoming city to immigrants, six months after the initial blueprint was unveiled. The City of Gainesville is currently hiring its first-ever immigrant affairs manager. (Katie Hyson/WUFT News)

The Gainesville Immigrant Neighbor Inclusion Initiative announced Wednesday progress made in the six months since they unveiled a blueprint for Gainesville to become a welcoming city.

Initial efforts, supported by $300,000 in pledged American Rescue Plan funds from the City, have focused mostly on language inclusion.

Local agencies, including the Gainesville Police Department and Alachua County Public Schools, are piloting the use of a language access line, which would provide translation services for interactions with community members.

Advocates have said these steps are overdue.

The City of Gainesville is hiring its first-ever immigrant affairs manager.

Alachua County Public Schools just hired a full-time translator/interpreter and is staffing a welcome center inside the Fearnside Family Services Center for families not proficient in English. Spokesperson Jackie Johnson said 85 languages are currently spoken by students in the school system.

Though most steps have been toward language inclusion, Human Rights Coalition of Alachua County program director Veronica Robleto said another key goal was also achieved.

At the unveiling six months ago, Robleto named the Alachua County Sheriff’s Office as the “missing link” to full acceptance of community IDs — accessible to community members with or without legal residency — as valid photo identification.

Robleto said Wednesday that she met with Sheriff Clovis Watson, Jr., who said the agency would begin accepting the IDs.

“A year ago, many people said GINI was ‘ambitious’ – really something that we couldn’t achieve,” she said. “We ‘need to be patient.’

“We can see now . . . six months since the launch, that changes can be made.”

Katie Hyson is a Report for America Corps Member at WUFT News covering racial and rural inequities in East Gainesville and north central Florida. She can be reached by calling 352-392-6397 or emailing news@wuft.org. Click here to learn how you can support her reporting.
Previous Man who died in motorcycle crash had complex past but was working to turn his life around, family member says
Next The Point, Sept. 15, 2022: In a surprise move, defense attorneys for confessed Parkland school shooter rest their case 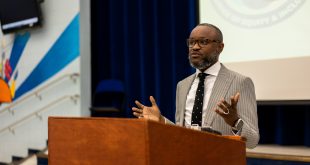