Keyontae Johnson, the former Florida Gators basketball star whom Gainesville police investigated as part of a sexual assault accusation earlier this year, will not face prosecution from the 8th Circuit State Attorney’s Office.

Assistant State Attorney Brian C. Rodgers on Wednesday formally dismissed all charges in a court filing and did not provide a reason.

Police in March formally accused him in a sworn affidavit of sexual assault of a drunken young woman at a pool party in an incident in February. Johnson’s attorney, Ron Kozlowski, told WUFT in March that Johnson was “disappointed and discouraged” about the woman’s accusations. “He will handle it with grace and he will make it through this,” he said, adding at the time that he believed the state attorney would decline to file charges.

On Wednesday, Johnson wrote in a statement provided to The Alligator, “I just hope that we all can move forward from here and find peace. My goal now is to choose a school where I can continue my education and basketball career.”

Johnson was a star performer for the Gators in three seasons from 2018 to 2020, when a medical emergency during the fourth game of his junior year led to the end of his UF playing career. 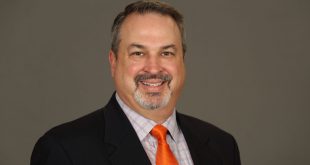 The University Athletic Association made the announcement on Wednesday.