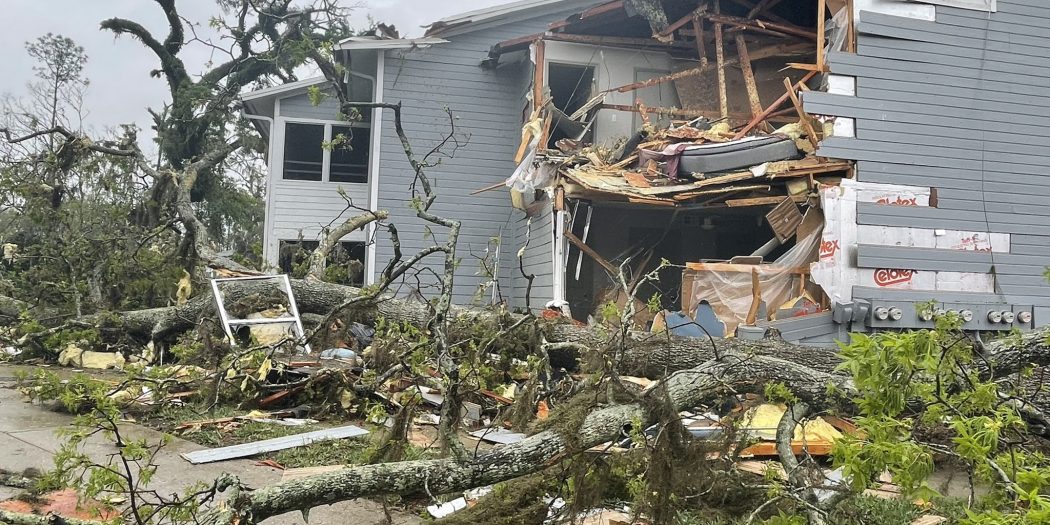 A tornado ripped through Marion County early Saturday morning, downing trees and power lines and damaging buildings in southwest Ocala. Officials are estimating at least $15 million in damages in the county.

The Ocala Police Department reported no personal injuries. However, the storm struck buildings along State Road 200, causing closures along portions of the road. Damaged businesses include the Paddock Park Animal Care Center, the Sullivan Cadillac dealership and the Saddleworth Green Apartments on Southwest 41st Street.

Around 8 a.m. severe weather events began affecting MC. Within the city, effects have been felt heavily in SW Ocala.Emergency responders, utility crews, et al are working diligently on addressing the influx of emergency calls that these events have and continue to generate. pic.twitter.com/na2KF12kTl

The tornado also caused an accident on Interstate 75 near the State Road 200 exit. Around 8 a.m. two tractor-trailers crashed, causing one to overturn. Neither driver was injured, but the crash closed I-75 for over an hour and resulted in significant delays.

The worst property damage occurred in the El Dorado subdivision off of Southwest 24th Avenue, where uprooted trees, wrecked fences and debris littered the gated community. Ocala police reported in a Facebook post that the entrance to the subdivision was blocked due to structural damage.

The Marion County Sheriff’s Office provided tarps to residents affected by the tornado as cleanup began in Ocala.

Crews from the National Weather Service surveyed the damage and determined that the tornado had a maximum sustained wind speed of 110 mph, making it an EF-1. Tornadoes are ranked on the Enhanced Fujita Scale from 0 to 5, with 0 being the weakest and 5 being the strongest.

Hannah is a reporter for WUFT News who can be reached by calling 352-392-6397 or emailing news@wuft.org.
Previous The Point, March 14, 2022: Lawmakers will vote on a Florida budget that’s 10% bigger than last year’s
Next The Point, March 15, 2022: Florida lawmakers pass annual budget, send it on to governor for review