The celebrations began with greetings from historical figures, like madam CJ Walker, whom fourth-grader Zion Whittle portrayed in a black and white frock gown and matching cap.

Norton Elementary School is named after Cornelius Norton, who was a Black principal at several Alachua County Schools during the segregation era.

Norton Elementary School principal Elena Mayo said she was impressed with her school’s efforts to make the tribute successful.

“We’re very much a school that’s very diverse,” Mayo said. “We are a great cross sample of Alachua County and I felt like the program tonight and the different kids and all the different backgrounds and the needs of other kids coming in was really showcased and it made me very proud to be their principal.”

Fourth graders at Norton Elementary School warmed up their voices with hoots and hollers.

Music teacher Patrick Duke huddled with his students to share a few tips with the presenters before their whole class performed.

“Make sure that your microphone is pointing right at your mouth like you’re not over here or over here. You got to be right there or else the back of the room has no idea what you’re saying,” Duke said. “So you gotta be right there on top of the mic so they can hear you.”

He also shared words of encouragement with his students.

“You good, Grace? You sure? You’re gonna rock it!” Duke said.

Duke has taught at Norton for six years as a music teacher. 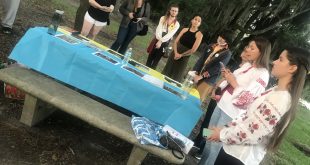 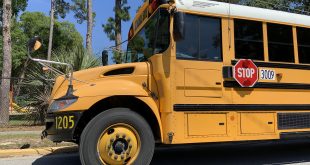