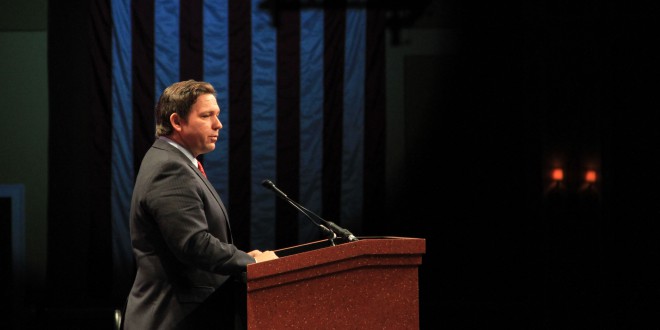 TALLAHASSEE — A pool of ready cash Gov. Ron DeSantis could dip into when he declares emergencies is headed to his desk.

The House on Thursday overwhelmingly passed two linked proposals (SB 96 and SB 98) that would create a $500 million “Emergency Preparedness and Response Fund” that the governor could directly access. The Senate passed the measures last month.

Critics questioned the need for the fund. Rep. Anna Eskamani, D-Orlando, said she never heard that money wasn’t available to address emergencies such as the COVID-19 pandemic and massive discharges of contaminated water last year at the former Piney Point phosphate plant in Manatee County.

“And though there are so many operational challenges and challenges in just managing people and managing stakeholders (during emergencies), I haven’t heard that finances was a problem,” Eskamani said. “And I do feel like $500 million is just a lot of money to give in a flexible manner to the executive branch.”

DeSantis last year pitched the fund as “an additional layer of reserve” to keep from having to dip into state general revenue.

Republican supporters of the fund said the governor can already tap other sources of state money, including a reserve known as the Budget Stabilization Fund, after declaring emergencies.

During the past four fiscal years, Trumbull said 524 emergency amendments have been floated totaling $5.5 billion.

“All we are doing is placing guardrails on the state’s dollars, saying that should the governor need to spend any more than $500 million, that he has to come to the (Joint Legislative Budget Commission) to get approval,” Trumbull said, referring to a joint House and Senate panel that can make mid-year budget decisions. “I think that’s a reasonable ask compared to spending $5.5 billion over a four-year period.”

House bill sponsor Dana Trabulsy, R-Fort Pierce, said DeSantis “has done a fine job” on spending during the coronavirus pandemic and other state emergencies. However, the pandemic illustrated the need for legislative oversight of emergency spending, Trabulsy said.

Lawmakers approved a similar proposal last year, but DeSantis vetoed it after questions were raised about seeding the fund with federal stimulus dollars. This year’s proposal would use state general revenue.

The Senate backed the proposal on Jan. 19 after the proposed funding was cut from $1 billion to $500 million. House members voted 95-22 and 99-17 to pass the measures Thursday.

The News Service of Florida is a wire service to which WUFT News subscribes.
Previous Landmark Florida case challenging transgender athlete law to depend on related case before US appeals court, judge says
Next Archer Historical Society president hopes to reopen the museum after multiyear closure