WUFT · A living history: The Black Seminoles of Florida

Above: Listen to the audio version of this story.

Many of the Black Seminole characteristics come from the Gullah, which is a mixture of West African culture and languages mixed in with southern English plantation culture.

A patterned long shirt. A feather in his turban. A weapon in his hands.

Matthew Griffin is ready for battle.

A historical one, that is.

Griffin, 30, is a living historian, meaning he works to showcase information about the past through immersive presentations. He primarily portrays a Black Seminole Indian from the 1830s and 1840s and has participated in historical reenactments for 20 years.

His uncle was the one who got him started. Griffin, who was born in Groveland, can’t think of a time when he wasn’t interested in history. His curiosity grew when he would watch old western movies, like “The Lone Ranger,” while visiting his uncle on Sundays.

When he was around 7 or 8 years old, the pair discovered Dade Battlefield Historic State Park in Sumter County. They attended a reenactment of Dade’s Battle of 1835. They met reenactors who told them about the history of Black Seminoles and encouraged them to get involved.

That they did. At age 10, Griffin was actively involved in historical reenactments. Around this same time, he came across his own connection to the characters he played.

One of his cousins, Mable Sims, was the family’s historian. She enlightened him on their ancestry.

“I had a great, great grandfather. He would wear these long dresses,” he recalled. “Well, now I know those long dresses they were talking about were actually long shirts that the Seminoles wore.”

He came to learn that he had a grandfather and grandmother, so many generations ago, who escaped from a plantation in Alabama. They ended up in Florida near Brooksville. One of their sons ended up marrying a Seminole, starting the family legacy.

A small number of those Africans then went into the wilderness with the Native Americans. They were called Florida Maroons.

“For Florida Maroons, day-to-day life was harsh. They were eking out their own existence in the wilderness,” he said. “But it was freedom. And freedom was worth the cost.”

Many of the cultural characteristics stem from the Gullah, a mixture of West African culture and languages mixed in with southern English plantation culture. They also had their own language called the Geechee.

“They began to incorporate more Native American words as well because they interacted more with Native Americans,” he said. “We began to call it the ASC, the Afro Seminole Creole language, and so they have their own culture as well as their own dialect.”

What made Florida Maroons distinct from Native Americans was their ability to keep their own identity. Archaeologists have uncovered that there were differences in living arrangements in the way the encampment was set up, he said. For instance, one can tell that it was a Black village because they had the same linear outage as slave quarters.

As time went on, Africans were trying to escape plantation society, which was growing and coming southward to what is now known as the state of Florida. When America was born in the late 1700s, the growing number of Florida Maroons emerged as a threat to plantation society.

“As long as these Blacks are living free in La Florida, it would entice their Blacks that are enslaved to want to be free and rebel,” Dixon said.

The relationship between Native Americans and Blacks grew stronger. At the end of the War of 1812, a conflict primarily between the United States and Great Britain, plantation owners sent notes to future president Andrew Jackson in New Orleans. He was a major general during the war.

“This sent shockwaves throughout plantation society, particularly in Georgia and South Carolina,” Dixon said. “Because once they have their own fort, then they’re on their way to their own colony.”

They couldn’t afford to have a Black colony because it would entice those enslaved to run away toward freedom, he said. Andrew Jackson sent his troops to destroy the fort. Dixon and other historians believe this was the start of the First Seminole War.

The First Seminole War ensued and would last from 1817 through 1818.

After the first war, Florida became a territory. Seminoles and their Black counterparts agreed to migrate out of North Florida after being pushed out because plantation owners had their eyes on the area. They moved into what is Central Florida in the Tampa area. But at that time, the area was uninhabitable.

The Seminoles went into negotiation attempting to get land back. But this was futile, as Andrew Jackson became the first governor of territorial Florida and then the U.S. president where he enacted an Indian removal policy. This is to get rid of the Native Americans and Black Seminoles in the area.

“You’re in the second generation of freedom dwellers now and in some cases third generation,” he said. “So you have a real problem when they’re trying to return these Blacks to slavery.”

This then helps start the Second Seminole War, which is the longest, deadliest and costliest Native American war fought by the United States.

“It’s actually the Seminoles that put up the largest fight,” Dixon said. “And it is primarily because of the Black Seminoles urging them to continue the fight until they get their freedom.”

“But for Black Seminoles, this was the answer,” Dixon said. “This is what they had been waiting on.”

Black Seminoles began to give up fighting and go to what is now present-day Oklahoma. There was a small schism between Black Seminoles and Native Americans because of them giving up on the fight.

But Black Seminoles wanted to be clear about what their goals were. Dixon interprets these motivations, based on his extensive historical research.

The Third Seminole War started in the 1850s over land. Many Native Americans had been forced down into the Lake Okeechobee area, but the state wanted to expand into that area and South Florida. The war ended in 1858 when the state felt there weren’t enough Seminoles to impede their progress, he said.

There were few Black Seminoles in Florida after the wars, and they immersed themselves into American society over time, Dixon said.

Although this piece of history may not be as apparent to others, the legacy of Black Seminoles lives on in descendants and people working to keep the past alive. Griffin enjoys doing this by participating in reenactments and teaching others.

He remembers being a child and sitting next to a fire, soaking up everything he could learn from reenactors. His involvement allowed him to put the puzzle pieces together about his own heritage.

Matthew Griffin is able to go about his life, knowing he exists because his ancestors had a mind of resilience and a survival instinct, he said. He’s able to fill a gap most cannot in a history that is typically undercovered.

He goes about his day as a living bridge connecting others to the past and the present. So with a passionate spirit, Griffin is able to fight in not only historical battles, but a real one – a fight to keep the legacy of Black Seminoles alive and known.

Below: Scroll left and right inside a 360-degree photo of the battlefield where people reenacted the attack on Fort King in Ocala. 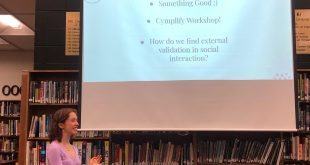 Many people can claim they want to change the world one day. But not many …