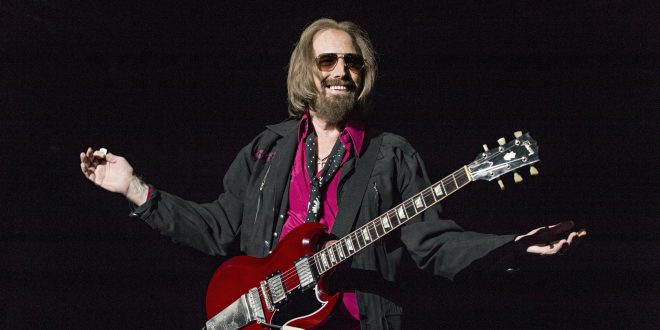 In a Sunday, Sept. 17, 2017 file photo, Tom Petty and the Heartbreakers perform at KAABOO 2017 at the Del Mar Racetrack and Fairgrounds, in San Diego, Calif. A California real estate agent and self-proclaimed “super fan” says he’s extended an offer to buy the Florida home of Petty. Kevin Beauchamp tells The Gainesville Sun he quickly made an offer of $175,000 for the nearly 1,200-square-foot (111-sq. meter) home after seeing the home’s current owner Brandy Clark mention on a Petty Facebook fan club that she might sell it. (Photo by Amy Harris/Invision/AP, File)

Nearly two decades after earning a place in the Rock and Roll Hall of Fame and more than four years after his death, rock icon Tom Petty has been awarded an honorary Ph.D. from the University of Florida.

The school’s board of trustees unanimously voted to award Thomas Earl Petty a posthumous doctoral degree in music during a Friday meeting.

A nomination form submitted to the trustees said that Petty’s “presence remains significant” after his death in 2017. “On the UF campus, Petty’s famed ‘I Won’t Back Down’ has become a mantra at athletic events,” the document said.

Even though he didn’t attend UF, “Petty’s famed ‘I Won’t Back Down’ has become a mantra at athletic events,” the nomination form read.

Born and raised in Gainesville, Petty once worked as a groundskeeper at UF as he tried to make it in the music industry, but he was never enrolled.

His “I Won’t Back Down” is a signature rallying point at UF athletic events.

Petty passed away from an accidental drug overdose in October 2017.

The Associated Press is a wire service to which WUFT News subscribes.
Previous The Lede || Season IV Episode X: New additions and old traditions
Next Operation Santa Delivery event returns to Santa Fe College for the first time since 2019