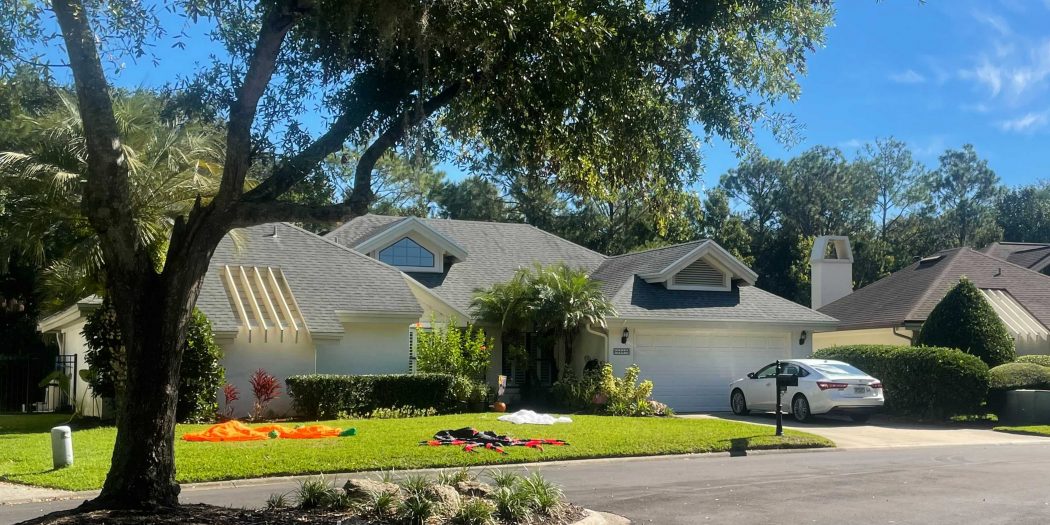 PONTE VEDRA BEACH, Fla. – Count Gov. Ron DeSantis among homeowners with seller’s regret? The waterfront home near Jacksonville that DeSantis owned for nearly a decade until selling it after he moved into Florida’s governor’s mansion has climbed in value by an estimated 50 percent since the deal.

That means DeSantis effectively lost $232,000 by selling it just a year before the pandemic caused housing prices to surge across the United States. In an interview, the home’s new owners in Ponte Vedra Beach said they were enjoying their good fortune – and didn’t even know they were buying the governor’s house until months after the deal closed.

DeSantis, 43, lives with his wife and children in the governor’s mansion in Tallahassee and does not currently own any property, according to government financial disclosure paperwork he submitted a few months ago. He estimated his net worth at $348,832 – including about $164,000 that he and his wife profited when they sold the home for $460,000. It’s now worth an estimated $692,000.

The governor apparently put proceeds from that home’s sale in a conservative financial account with USAA that grew in value during the past year from $205,000 to $235,000 _ about a 14 percent increase, records showed. That’s less than half what the S&P 500 gained over the same period.

By contrast, former Gov. Rick Scott estimated his fortune as worth at least $255 million when he became a U.S. senator. Rep. Charlie Crist, D-Fla., running in the Democratic primary to challenge DeSantis for re-election, is worth at least $1.5 million, according to financial reports he filed in August. Agriculture Commissioner Nikki Fried, running against Crist to face DeSantis in November, estimated her net worth at $970,244.

“He could continue in politics indefinitely,” said Mac Stipanovich, a respected former lobbyist and political activist. “Or he will return to the private sector and do quite well, because he is a former governor of Florida.”

DeSantis first bought the home in Ponte Vedra Beach in 2009 for $307,500 and took out a mortgage for $314,111 – one year before he married his wife, Casey, and several years before he got involved in politics. More recently, he had been renting it since at least 2017, when DeSantis was serving in Congress in Washington, records showed.

The governor, who now earns $134,181 annually, said through his press secretary, Christina Pushaw, the family sold the home to avoid maintaining a separate residence outside the governor’s mansion. At the time, he owed at least $263,000 on the mortgage. As a congressman, DeSantis had been earning $174,000 per year.

The governor’s financial records showed he made as much as $5,500 the prior year occasionally renting the house, but its appreciating value meant property taxes alone would have climbed to exceed $5,000 annually – leaving almost no rental money left to pay down the loan’s principal and interest.

Adding to the pain over the sale, DeSantis originally listed the home for $485,000 but ended up accepting $25,000 less than that asking price just two months later, records showed. The pandemic struck the United States less than a year later, and the home’s value skyrocketed.

The three-bedroom, one-story home with a large palm tree out front and pool in the back sits among well manicured, upper middle class suburban homes littered with holiday decorations in a seaside golf community south of downtown Jacksonville and north of St. Augustine.

The new owners are retirees Ellen and Jim Healey. Healey worked as a mortgage banker while his wife worked for the Defense Department. They briefly rented the home until they permanently moved there from Georgia in 2020.

The couple – she is a Democrat, he is a Republican – said they have spent about $85,000 remodeling bathrooms, paving a backyard patio and renovating the pool. Neither count themselves as boosters for DeSantis, saying they disagreed with the governor’s pandemic policies.

The couple never met DeSantis during the property sale and said they were unaware who had owned the home until a family member mentioned it to them.

A local real estate agent, T.J. Jarosik of Ormond Beach, said market prices surged during the pandemic in ways no one expected but have started to level. Homes generated multiple offers, above the asking price, the first day they were listed.

“Interest rates are historically low, and with everything shutting down from when COVID-19 first started, I think that a lot of people and businesses realized that they don’t have to be in the office every day,” Jarosik said.

“Governor DeSantis is aware that home values have risen all over Florida,” she said. She added that his decisions as governor “have strengthened our state’s economy despite the unprecedented challenges of the COVID-19 pandemic.”

The house near Jacksonville wasn’t the only home once owned by the governor. DeSantis moved from Ponte Vedra Beach in 2016 as congressional boundaries were changing, putting his old house in Florida’s 4th congressional district.

DeSantis and his wife purchased a three-bedroom home in Palm Coast for $242,000 in October 2016, just before he was last elected to the U.S. House in Florida’s 6th congressional district, according to property records in Flagler County, along Florida’s east coast.

That means for nearly two years, from late 2016 until the middle of 2018, the DeSantis family with two young children carried two mortgages simultaneously on two modest homes in Florida while then-Rep. DeSantis was juggling life in Washington. He slept on a couch in his office in the U.S. Capitol and showered in the House gym.

The family sold that home in May 2018 – during his campaign to become governor – for $275,000 after trying unsuccessfully for six months to sell it for as much as $324,900, records showed. The buyer was Marc Rhoades, a Republican former lawmaker in Kansas and White House official during the Reagan administration, who still owns the home. Its value is now estimated at roughly $425,000.
___
This story was produced by Fresh Take Florida, a news service of the University of Florida College of Journalism and Communications. The reporter can be reached at eliseelder@ufl.edu

Elise is a reporter for WUFT News who can be reached by calling 352-392-6397 or emailing news@wuft.org.
Previous Felon who won GOP congressional primary never applied for right to hold political office
Next Alachua County changes regulation that prevented Hawthorne family from replacing mold-infested home