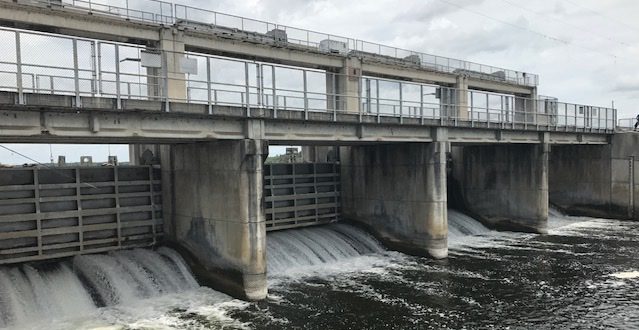 TALLAHASSEE — Siding with the U.S. Forest Service, a federal appeals court Monday rejected a lawsuit that has been part of a decades-long effort by environmentalists to remove North Florida’s Rodman dam and restore the Ocklawaha River.

A three-judge panel of the 11th U.S. Circuit Court of Appeals ruled against the group Florida Defenders of the Environment in a case that centered on the state’s lack of a permit to operate part of the dam and the Rodman Reservoir in the Ocala National Forest.

What is known as a special-use permit expired in 2002, and the environmental group and individual plaintiffs Bruce Kaster and Joseph Little contended that the U.S. Forest Service should require removal of the dam, according to Monday’s ruling.

But the appeals court upheld a 2019 decision by U.S. District Judge Harvey Schlesinger, who pointed to the federal agency’s “prosecutorial discretion” in determining whether to remove the dam. The panel cited part of the federal Administrative Procedure Act in agreeing with Schlesinger.

“In sum, the Forest Service’s decision not to take enforcement action against the state for its unauthorized use of national forest land — whether by enforcing the terms of the original permit and ordering the state to ‘remove . . . all structures and improvements . . . and restore the site’ or by taking action independently to restore the Ocklawaha River — was ‘committed to agency discretion by law,’” the 18-page ruling by Judges Adalberto Jordan, Robin Rosenbaum and Britt Grant said. “In the absence of meaningful standards to judge the Forest Service’s exercise of discretion in this context, its decisions are not subject to judicial review under the Administrative Procedure Act.”

While the Atlanta-based appeals court upheld Schlesinger’s decision, it also sent the case back to district court to make a change reflecting that the lawsuit was dismissed “without prejudice” — which could open the door to the plaintiffs filing a revised version.

The case was another chapter in a battle rooted in the construction of the dam — also known as the Kirkpatrick Dam — and the reservoir as part of the long-abandoned Cross Florida Barge Canal project.

Work started in the 1960s on the project, which was planned to create a barge canal from Northeast Florida to Yankeetown on the Gulf Coast and included damming the Ocklawaha River. The federal government halted the project in 1971, with the dam and reservoir remaining.

Environmentalists have sought to remove the dam to try to restore the flow of the Ocklawaha but have faced opposition from many state leaders and local officials in areas such as Putnam County. In part, dam supporters have pointed to fishing that draws visitors to the reservoir and the region.

In the lawsuit, Florida Defenders of the Environment alleged “decades of inaction by the U.S. Forest Service.” It also said the termination of the special-use permit mandated removal of parts of the dam, which is formally named after the late state Sen. George Kirkpatrick, an adamant defender of the reservoir and dam.

“Today, FDEP (the Florida Department of Environmental Protection) is occupying Ocala National Forest both without a permit and in violation of the terms of the original SUP (special-use permit), long since expired,” the 2017 lawsuit said. “Those terms mandate compensation for damage to natural resources on USFS (U.S. Forest Service) land by the permit holder, mandate removal of structures built on Forest Service land by the holder upon termination or expiration of the permit and mandate restoration of the land by the holder.”

The environmental group this month also filed a lawsuit in Leon County circuit court alleging that the Florida Department of Environmental Protection improperly rejected a public-records request about an “emergency action plan” for the dam.

The lawsuit contends that Florida Defenders of the Environment has obtained engineering studies that show the dam “is in poor condition and is subject to fail on that account especially in the event of a severe storm.”

The group made a public records request July 31 for the emergency action plan, but the Department of Environmental Protection rejected the request. The department cited a public-records exemption for such plans, according to the lawsuit.

The News Service of Florida is a wire service to which WUFT News subscribes.
Previous The Point, Oct. 25, 2021: Alachua County School District seeks ways to sell $3.68M property it bought in 2020
Next Suwannee County schools ran less than half of fire drills required by state law, an audit says