Nikolas Cruz pleaded guilty Wednesday to killing 17 people — 14 students and 3 staff members — at Marjory Stoneman Douglas High School in Parkland, Fla., avoiding a trial but setting up a fight over his punishment for the 2018 attack.

Cruz’s defense team is hoping to avoid the death sentence that prosecutors are seeking.

Cruz, 23, faces 17 charges of first-degree murder and an additional 17 charges of attempted murder. He had initially pleaded not guilty to all of the crimes, but his attorneys recently said they would not contest his guilt. Instead, the group of public defenders who represent Cruz have asked the court to sentence him to 17 life sentences.

The long-running case will next head to the sentencing phase of the trial, which will be presented before a jury. In that part of the proceedings, jurors will hear witness testimony and review evidence.

The judge asked Cruz about his mindset, and the plea strategy

At the start of Wednesday’s court session, Scherer addressed Cruz directly to establish his competency and ability to understand the proceedings. Cruz affirmed that he understood what was happening. As for his mental state, he acknowledged that he has previously been diagnosed with depression and anxiety.

Scherer then discussed the charges against Cruz, explaining that he faces two options for punishment: life in prison or a death sentence. Under Florida law, life sentences do not provide for parole, she told the defendant.

When the judge asked Cruz if he understands that he faces a “minimum best-case scenario of life in prison,” he said that he does.

“This is what we refer to as a strategy decision,” Scherer said. She later asked Cruz if he believes it’s in his best interest to waive his right to a jury trial and acknowledge guilt.

Cruz recorded a video before the attack

The gunman was arrested shortly after the killings, and his responsibility for the heinous crime became a foregone conclusion after a video emerged in which he discussed his plans and his state of mind, in footage recorded shortly before the killings.

“With the power of my AR, you will know who I am,” Cruz said, referring to his rifle. In one segment, he stated, “My life is nothing and meaningless. I live a lone life. I live in seclusion and solitude. I hate everyone and everything.”

The Parkland massacre rocked the U.S. in 2018 and led to a new push for more effective gun control laws, as victims and families who lost loved ones urged lawmakers to act to halt gun violence — particularly the school shootings that have devastated numerous U.S. communities.

Victims of the 2018 shooting recently agreed to a $25 million settlement with the Broward County school district, resolving a lawsuit that had accused the district of negligence that failed to prevent the attack. The money will go to 52 victims and their families, with the largest sums going to the relatives of people who died.

National Public Radio is based in Washington D.C.
Previous The Point, Oct. 20, 2021: Confessed Parkland shooter expected to plead guilty Wednesday morning
Next Over 65? Under 18? You can ride Gainesville RTS buses for free through September 2022 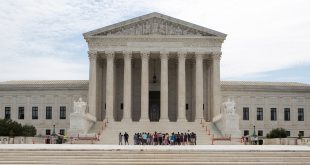