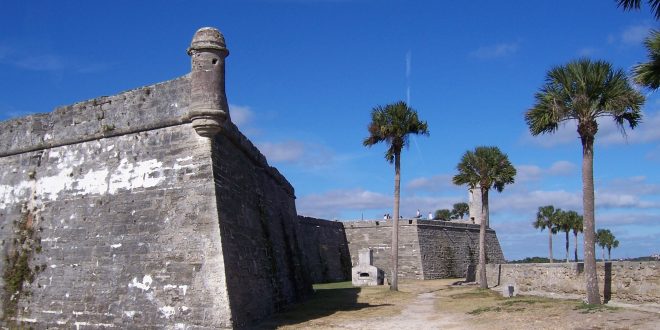 ‘The Year of No Low Seasons’: St. Augustine Businesses On Track For A Record-Breaking Summer

Last Labor Day weekend, The Floridian, one of St. Augustine’s first farm-to-table restaurants, celebrated its 10th anniversary. With the COVID-19 pandemic in full force, owner Jeff McNally feared it would be the only decade anniversary he’d be celebrating.

“Last year changed everything for us,” McNally said. “It was pretty strange and terrifying; we didn’t know for sure at first if we were going to survive.”

The Floridan was one of many local businesses and attractions in St. Augustine that prepared for the worst when Gov. Ron DeSantis issued his first statewide shutdown order on March 17, 2020.

Now, as the pandemic in Florida has surpassed its one-year mark and vaccinations have been available to those over 18 since April 5, St. Augustine is seeing an unprecedented extension of its peak season, which normally occurs in March. Tourism is vital to the town’s economy, with 50% of last year’s employed population being in the service industry, according to St. Johns County data.

Tourism tax dollars in March 2021 increased by more than 100% compared to last year, according to the county tourist development tax reports. In April 2021, the month with the most recently available data, total tourism tax was over 400% higher than the previous year, indicating the start of an unusually busy summer.

“We expected the spike for spring break, [but] the thing that has happened is it hasn’t stopped,” McNally said.

McNally and his wife, Genie, opened The Floridian as a downtown place for locals in between casual and fine dining. As the number two Yelp-rated restaurant in St. Augustine, The Floridian was patronized by tourists and locals alike, but business came to a halt when their dining room shut down in March 2020.

In the initial months, the McNallys relied on takeout orders from locals and government programs like the Paycheck Protection Program to pay their employees. After surviving those early days, McNally had hope that the people would return. This spring season proved his intuition.

“It’s the busiest we’ve ever been in 11 years consistently,” McNally said.

Based on projections from tourism tax trends, the high volume of tourists St. Augustine is currently experiencing is only expected to increase, especially at top attractions like the Castillo de San Marcos National Monument.

The fort closed its doors on March 17, 2020, and felt the loss of its usual crowds, which could reach as high as 7,000 visitors on a busy day, according to Steve Roberts, the chief of interpretation, education and visitor service at the Castillo.

In October, the Castillo welcomed back visitors but only allowed 100 people inside at a time. Turnout was lower than normal at first, but recently, Roberts said guests are waiting in line for two hours or more.

“We expect throughout the National Park Service for this to be a record-breaking summer,” said Roberts.

Other local establishments are also seeing tourists return in large number, including the Bayfront Marin House, a historic bed and breakfast located directly across the Matanzas Bay.

Wieber and her husband, Mike, bought the property in 2010 after leaving their jobs in Baltimore to pursue a longtime dream of owning a bed and breakfast. The couple has been through hurricane closures in the past, but Wieber says nothing could have prepared them for the prolonged shutdown after the pandemic began.

“I remember for the first time in my life not knowing how to communicate [to my staff],” Wieber said.

Wieber kept some rooms at the Bayfront Marin House open to certain guests who opted to quarantine there. After a trial-and-error process with integrating new safety procedures, Wieber and her staff were able to accommodate existing guests, but occupancy was inconsistent.

That all changed, however, in March 2021, one year after nationwide shutdowns began, correlating with the overall tourism development tax numbers reported by the county.

Vaccines also became available in Florida for individuals over 40 on March 29. Coupled with the new CDC recommendation on May 13 saying vaccinated individuals no longer need masks indoors, Wieber said it was the perfect storm to create this influx of tourists.

March occupancy at the Bayfront Marin House was 93%, over 10% higher than the previous month. March is historically their busiest month, so Wieber expected occupancy rates to decrease as the summer months crept in. Instead, the opposite happened.

Occupancy rates have steadily increased since then; June reached 97%, which is unheard of in a season where drop offs are usually seen, Wieber said.

Wieber and her staff at the Bayfront Marin House are gearing up for even higher occupancy in the coming summer months, which Wieber attributes to “pent-up demand.”

This forecast of more tourism in St. Augustine has become a silver lining for many local establishments after a year of uncertainty and challenges, and business owners like Wieber are ready to welcome back travelers to their town as if they never left.

Ale is a reporter for WUFT News who can be reached by calling 352-392-6397 or emailing news@wuft.org.
Previous The Point, July 15, 2021: Gainesville Protesters Join Those Across Florida Supporting Cuban Demonstrations
Next The Point, July 16, 2021: Report Projects Additional High-Tide Flooding For Florida In Years Ahead