Refrigerators and mattresses aren’t only found inside homes and dorm rooms. Sometimes, they show up as debris in creeks and rivers in north central Florida.

It’s a reality that Nicole Llinas — the executive director of Current Problems, a local nonprofit water cleanup and education group, — encounters in her job every day.

“We have a sinkhole about 2 miles from Poe Springs that has nine refrigerators in it because people think they can just dump it there,” Llinas said. “It’s a massive water quality concern.”

Despite this, Llinas says she “really loves the work” that Current Problems does to make a difference in the community.

During the pandemic, local businesses were forced to return to using single-use plastic items like silverware and Styrofoam containers to survive. Coupled with the rise in disposable masks, gloves and other pandemic essentials, river cleanups are needed now more than ever.

The weekend of July 10 marked the halfway point in the first annual “Creek-end Warriors” creek trash tournament hosted by Current Problems where participants can win prizes and awards like “weirdest find.” Tournament competitors have collected 2 tons of waste since the start of the event, which has made a “massive” impact, Llinas said.

With the world starting to open back up again, Llinas wanted to create a fun, summer camp-like event where groups from all over the region could come together to clean up the creeks and rivers. Diverse groups of people, such as the Gainesville Hogs women’s rugby team and the Florida Realtors Association, have all come out to cleanup events so far.

For Llinas, an event like this tournament will not only prevent mounds of waste from entering vital bodies of water like the Gulf of Mexico and local aquifers, but it will hopefully also educate locals on water quality and impact, something Llinas says the area desperately needs.

“North central Florida has a cultural disconnect with the idea of debris, specifically marine debris…you don’t necessarily see how you’re impacting [the oceans] from here,” Llinas said. “For us, it’s important [to talk to them about] their impact downstream.”

According to Llinas, storm drains lead to creeks, and all of the creeks either lead out to the Gulf or aquifers, which is where the county sources its water. Contaminants like chemical waste and simple microplastics can not only disturb water quality, but they can also bioaccumulate in the tissues of aquatic organisms and make their way into the food chain.

Harmful effects like this are exemplified in the St. Johns River, a body of water running from Jacksonville to Sanford.

In the lower St. Johns River Basin “State of the River” report by the University of North Florida, many river health indicators are worsening, including the presence of nonnative species, wetland conditions, organochlorine pesticides and salinity levels.

Additionally, Llinas says that plastic production is set to double by 2030, which will undoubtedly increase the presence of microplastics in water.

Llinas doesn’t want to see these trends continue in the area.

“It’s important this year to re-engage people,” she said. “I want people to really feel connected to the caretaking of water resources.”

Hopeful prospects to change these conditions exist in the form of consistent turnout of groups and individuals who come to these creek and river cleanups, including Jolene and Anelise Bullard, a mother-daughter duo who came from the Lake City area to attend the Tumblin Creek cleanup on July 11.

A senior at Fort White High School, Anelise comes to cleanups to gain agricultural education experience hours for her Future Farmers of America degree, an organization she’s been a part of for 7 years.

Environmental caretaking put on by organizations like Current Problems fuels Anelise’s passion and makes her want to continue working towards environmental work in college.

As for her mother, it’s Anelise’s drive that inspires her.

Florida’s ecosystem has a bright future thanks to youth efforts like Anelise’s, and Llinas says that local governments like Alachua County are getting more involved to sustain these efforts.

“I want people to know they have resources in the county to be able to dispose of things properly,” Llinas said.

The city of Gainesville’s public works department, for example, launched its Zero Waste Initiative in 2017 with a search engine to assist residents on where to dispose of or repurpose a variety of materials.

In collaboration with Alachua County and the Florida Department of Transportation, the city has also established the Gainesville Clean Water Partnership, a website aimed at educating the public on the community’s waterway systems and the impact residents can have, as well as promoting the exploration of local creeks.

It’s through collaborative efforts from people and lawmakers that local waterways will reach and maintain healthy levels again, but for now, Current Problems’ Creek-end Warriors will continue to clean up the area far beyond the tournament’s end date of Aug. 1.

“I hope that every single weekend we come out and pick up less and less,” Llinas said. “That’s the goal — I don’t want to pick up a ton, to be honest.”

Ale is a reporter for WUFT News who can be reached by calling 352-392-6397 or emailing news@wuft.org.
Previous Gainesville Fire Rescue Aids Surfside Rescue Effort, Returns To Gainesville
Next The Point, July 13, 2021: Proposed Ordinance Reignites Debate Over Putnam County Confederate Statute 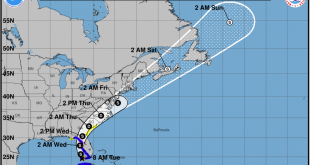