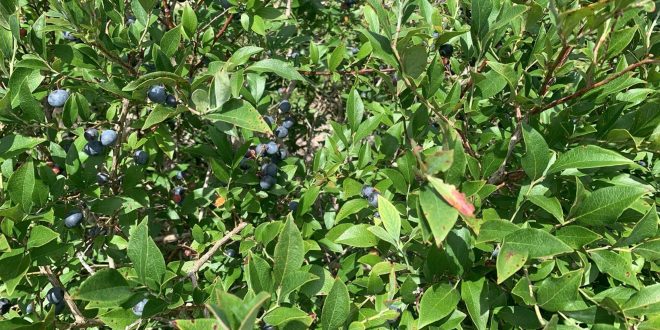 Every morning, Indigo Blueberry Farm owner Willy Cutts wakes up to the golden rays of the sun. He tightens the laces of his working boots as he makes preparations to leave his house 30 minutes away from his blueberry farm in Citra.

“The scent of freshly ripped blueberries in the morning is something special,” Cutts said.

Cutts owned the blueberry farm for the past eight years after retiring as a park service supervisor. He enjoys maintaining the 35-acre land seven hours a day, four days a week. Cutts says he never thought owning a farm would be his life after retiring, but he appreciates the amount of quality time he spends outdoors.

The farm was closed last year due to COVID, and Cutts was looking forward to seeing his faithful customers return to pick buckets of blueberries. But with a majority of days since the start of June seeing a strong chance of rainfall, not everyone has come back to pick some fruit.

“It’s been slow this year” Cutts said. “The weather has a lot to do with it. There has been a lot of rain this year; I’m not sure why.”

Even before Tropical Storm Elsa cut across the Florida peninsula and dropped as much as eight inches of rain in parts of Alachua County, there was an abundance of rainy days in the area. An increase in rain increased soil moisture and some flooding that caused farmers to worry about their crops, according to a report by the United States Department of Agriculture (USDA).

The USDA and the University of Florida Institute of Food and Agriculture Sciences (UF/IFAS) reported that continued rainfall from the storm and otherwise will have flooding impacting the growth of plants and crops.

With the heaviness of rain and a mixture of heat from the past month, farmers will have a difficult time controlling disease pressure, said Regional Specialized Agent De Broughton, who provides extension and education for farmers based out in northern Florida.

“The flooding in itself will prevent sprayers to be able to get into the field and make timely spray applications that will prevent the disease from growing in the field,” Broughton said.

Broughton expected the hurricane to have similarities to Tropical Storm Cristobal, which in 2020 impacted north Florida with 18 to 24 inches of rain.

The damage wasn’t quite as severe as expected, but flood warnings were issued to northern Florida counties.

Picking season — from early May through July — is a pivotal time for farmers. IFAS provides tips for how to dealing with floods, including watching for roots that are underwater and thus unable to receive oxygen, observing where standing water is an issue and weeding out leaves that display discoloration.

About an hour drive north from Indigo Farm in a small-town in Suwannee County, where married Scott and Billie Rooney run Rooney’s Front Porch Farm. They open their farm gates every day at 7 a.m. to families and preschoolers, who grab gallon buckets from under two large pecan trees to pick freshly grown blackberries and blueberries.

With six acres of blueberries and one acre of blackberries and flowers, Scott Rooney said the couple’s farm has grown in popularity in recent years. They kept the u-pick farm running through the pandemic and this summer will be the ninth consecutive year they open to the public.

“We were deemed essential by the governor,” Scott said. “So business was going well last year, families couldn’t wait to step out the house and pick some blackberries.” 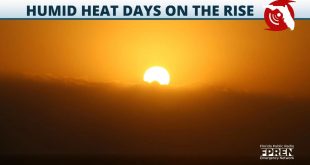