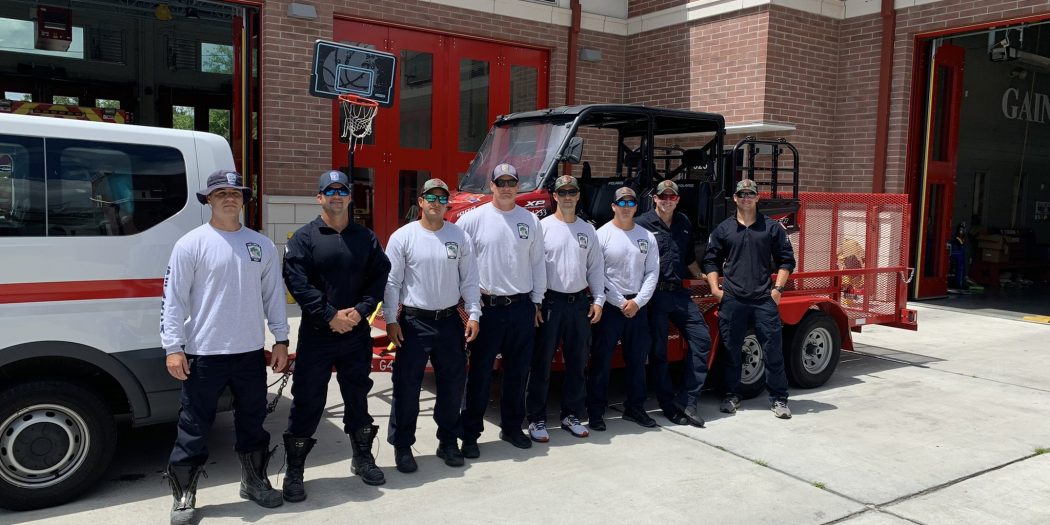 To aid in search and rescue efforts, several members of Gainesville Fire Rescue traveled to Surfside on Sunday. The 8 members of the department who were deployed are part of Florida Task Force-8.

Florida Task Force-8 was created to help respond to emergency situations like building collapses. Gainesville’s part of this task force consists of 29 total members who are trained to help with natural disasters and other events.

In addition to physical training, the task force is also trained to handle the emotional elements of disasters like Surfside.

“We need people who may be able to deploy in the middle of a natural disaster that may be affecting them or their family and will still be able to assist others,” Hillhouse said.

Gainesville’s team anticipates its time in Surfside will last about 7 days. This includes 12 hour shifts of searching and recovering with 12-hour rest periods.

Ocala’s Fire Rescue team has a similar schedule in place.

Ashley Dobbs, the city of Ocala Marketing and Communications Director, said its fire rescue team is well equipped to face this situation.

“They specialize in swift water and rescue, urban search and rescue, they’re very specialized in what they do in these kinds of situations,” Dobbs said.

Ocala’s team is also a part of Florida’s Task Force-8. Dobbs said their 8 team members are working hard to help those affected by the condo collapse.

“The goal I’m sure is to remove any rubble, to do search and rescue for any victims,” Dobbs said.

Currently, there are many victims still missing following the collapse of this building.

Violet is a reporter for WUFT News who can be reached by calling 352-392-6397 or emailing news@wuft.org.
Previous Why Florida’s Ban On Critical Race Theory Won’t Affect Alachua County Public Schools
Next Gainesville’s $32 Million In American Rescue Plan Funding: The Proposals, Explained