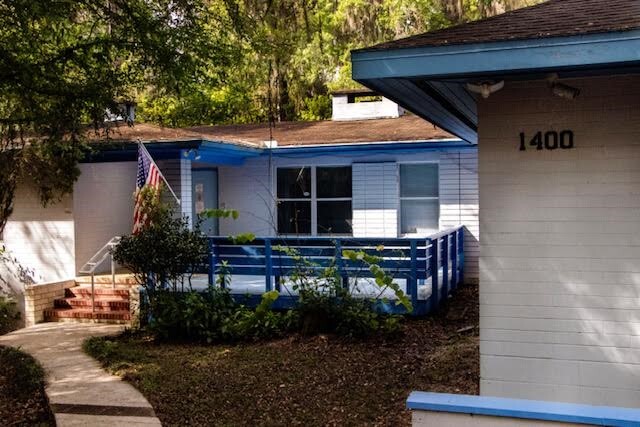 There are 28 youth shelters and temporary housing facilities in Florida, and three — including this one in Alachua County — are overseen by CDS. (Photo courtesy of Jim Pearce)

The CDS Family and Behavioral Health Services Inc., received $1.2 million from the state to begin constructing youth shelters for children in need. Gainesville is the destination for one.

There are 28 youth shelters and temporary housing facilities in the state, three are overseen by the CDS, and one shelter resides in Alachua County.

“The shelter we currently have has been built onto and remodeled over the years, but it’s just got to the point where it’s not effective to rebuild and remodel the shelter in the location it is operating in now,” said Jim Pearce, chief executive of the nonprofit.

The new shelter will provide 20 more beds and will have a campus to integrate youth counseling and administrative services. It will be located on NE 39th Avenue, by the Alachua Regional Juvenile Detention Center.

Youth reside in the shelter for about 30 to 35 days, Pearce said. Often, there is strong involvement from family members – particularly truancy and runaway cases.

The services also help youth move beyond these shelters.

“For families having similar kinds of experiences and problems with youth that don’t require shelters, we provide in-home services for that as well as in the schools,” he said.

Executive Director of the Florida Juvenile Justice Association, Christian Minor, said these services are essential for the local youth populations. Particularly for those struggling with homelessness.

“Florida’s got an estimated close to 90-something thousand homeless school children for lack of a stable household and it affects every facet of their daily lives,” he said.

Being in the position for four years, Minor’s focus is on keeping children on the right track.

“The objective is ultimately to keep kids from going into the deep end of the department of the juvenile system,” he said.

Many services that the CDS provides are not only beneficial to the children, but also to the community.

“When we keep kids from going deeper into the system, we increase public safety, we save taxpayer dollars and ultimately we’re keeping families whole,” Minor said.

The CDS will match the state allocations with $400,000 of money it has raised.

Violet is a reporter for WUFT News who can be reached by calling 352-392-6397 or emailing news@wuft.org.
Previous A Year Before The Filing Deadline For Governor, Candidates File
Next The Point, June 17, 2021: Exploring The History Of Phosphate Mining In Florida