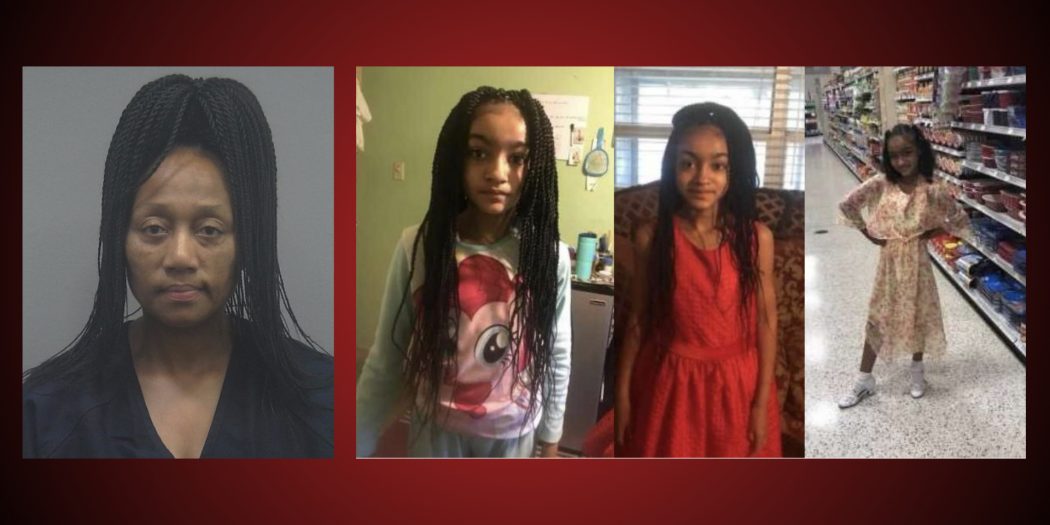 Marian Williams, left, has been charged with homicide in the disappearance of Delia Marie Young, right. (Photos courtesy of the Alachua County Sheriff's Office)

The Alachua County Sheriff’s Office has arrested and charged two family members of 13-year-old Delia Marie Young in connection with her disappearance and homicide.

Delia Young’s guardian, Marian Williams, 52, is charged with aggravated manslaughter of a child, neglect of a child with great bodily harm, obstruction, and destruction of evidence. Sheriff’s deputies arrested Williams on May 26 after she willingly traveled to the sheriff’s office and confessed her involvement in Delia Young’s disappearance.

According to Williams’ arrest report, Valerie Young reported her niece missing on May 16. At the time, Valerie Young told the Alachua County Sheriff’s Office the child had a history of running away, and that she “disappeared” from their Northwest 142nd Avenue residence the previous night.

“There were several contradicting versions surrounding the disappearance of the child,” the arrest report states.

On May 19, the sheriff’s office posted a digital missing person’s flier to Facebook and Twitter in an appeal for the public to help locate the missing child.

On May 26, the arrest report states Williams traveled to the Alachua County Sheriff’s Office on her own accord to speak with detectives regarding Delia Young’s case. During this interview, Williams confessed her involvement in the child’s disappearance.

“Williams stated that later in the evening she observed 13-year-old Delia Young walking around the house in a manner consistent with her being injured,” the arrest report reads. “Williams said that the child went the her bedroom for the night and she last saw her on the floor using a computer in her room.”

The next morning, Williams told detectives, she entered Delia Young’s room and found her dead.

The arrest report states Williams called Valerie Young to deliver the news, and the pair then devised a plan to dispose of the child’s body. Williams told authorities she and Valerie Young both believed the teenager’s death resulted from the previous night’s beating.

According to detectives, Williams and Valerie Young utilized a tote bag to transport the 13-year-old’s body to a secondary location owned by Williams off Northwest 47th Terrace in Lacrosse.

“Marian Williams said she later returned back to the residence upset at the loss of her child and sat in the room with the deceased child’s body,” the arrest report states.

On the morning of May 18, Williams told detectives, she returned to the residence once again, only to find the pink tote bag outside and Delia Young’s body missing.

At the time of her arrest, Williams claimed to have no knowledge of the whereabouts of Delia Young’s remains.

In addition to her official confession, the arrest report states Williams also confessed aspects of the homicide to her mother. In that confession, Williams implicated herself in the beating of Delia Young, reportedly telling her mother they “beat her unmercifully.”

Houston is a reporter for WUFT News who can be reached by calling 352-392-6397 or emailing news@wuft.org.
Previous The Point, May 27, 2021: Community Members Push Gainesville Police For More Body Camera Transparency
Next Marion County School Board Votes To Permanently Close Evergreen Elementary

While statewide marijuana arrests have dropped, thousands are still arrested. In 2018, about 38,000 people were arrested under marijuana possession charges. By 2020, that number dropped to about 18,000.