The jury has found former Minneapolis police officer Derek Chauvin guilty on all the counts he faced over the death of George Floyd. The trial has been one of the most closely watched cases in recent memory, setting off a national reckoning on police violence and systemic racism even before the trial commenced.

The jury had been deliberating since Monday afternoon, following closing arguments.

Floyd’s death on Memorial Day 2020 sparked protests in Minneapolis, across the United States and around the world. It prompted calls for police reform and soul-searching on issues of racial injustice.

Floyd was a 46-year-old Black man from Houston who had moved to Minnesota just three years earlier. He was a father and brother who idolized his mother, loved making music and had been a star athlete as a young man.

Floyd died after Chauvin pressed his knee on Floyd’s neck for 9 minutes and 29 seconds as Floyd lay facedown, hands cuffed behind his back.

National Public Radio is based in Washington D.C.
Previous ‘Air Horse One’ Made A Last-Minute Trip To The Gainesville Regional Airport This Month
Next The Point, April 21, 2021: The View Of The Chauvin Verdict In Florida And Nationally 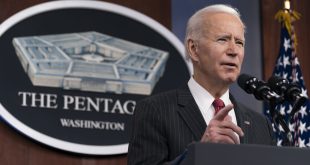 Biden Announces He Will End America’s Longest War In Afghanistan 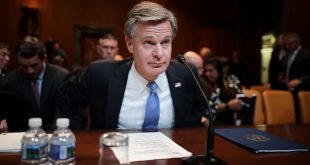 FBI Director Christopher Wray is expected to face a grilling from lawmakers Tuesday about the bureau's response to the Jan. 6 attack on the Capitol and the rising threat from white supremacists and other domestic violent extremists.