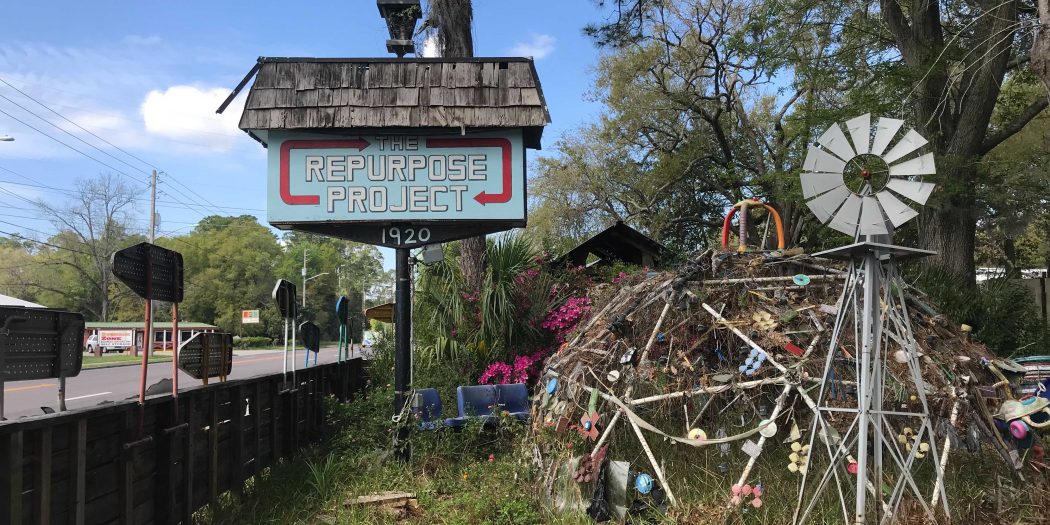 The Repurpose Project is located in Gainesville and serves primarily as a junk shop for unwanted and repurposed items. (Natalie Cabral/WUFT News)

After 10 years in business, the Repurpose Project in Gainesville is looking to expand to a second location.

The Repurpose Project launched a campaign on March 18, to raise $200,000 from donations in 60 days. According to its directors, the pressure to have a new place by the end of the year is large.

Similar to thrift stores, the Repurpose Project accepts donations of used items and makes them available to the public again. But as a “junk shop,” they also accept items such as building materials, art supplies, furniture, refrigerators, washers and dryers and other materials that are often not seen as reusable.

Their goal is to take large volumes of reusable stuff that has nowhere to go and offer it at affordable prices for the community.

“It’s overwhelming how much usable stuff is getting trashed,” said Sarah Goff, co-founder and executive director of the Repurpose Project.

Ten years later, the demand for stores like theirs has only increased.

“We knew that there was a lot,” Goff said. “But this goes beyond what we have even imagined.”

In just one week, Goff said they can pick up 200 washers and dryers to sell.

Originally, they focused on selling art supplies and building materials. But seeing the demand for larger items such as kitchen appliances, they began to use their resources to make those available.

According to Goff, no one in town has the capabilities to move those and offer them for resale.

But with these bulkier items and increased interest from the community partly due to the pandemic, the Repurpose Project sees expansion as they only way to accommodate the demand.

“The only thing holding us back at this point is more space,” Goff said.

The building they are trying to purchase is located at 1540 NE Waldo Road in Gainesville, and would offer 20,000 square feet of additional space. While the asking price is $800,000, they have enough savings and a pre-approved bank loan to get them $600,000. Therefore, their campaign is only seeking to fundraise the remaining money.

But Chelsea Carnes, the program director and community organizer at the Repurpose Project, would admit that the campaign is ambitious.

The 60-day limit is due to an agreement with the seller of the location, which makes the intensity of the campaign stronger.

Goff said that renting the building would cost twice as much as buying the mortgage of a place four times the size.

The Repurpose Project has various ways they are trying to reach the approaching deadline. One is through reaching out to their loyal supporters and asking them for donations. Just from this, Carnes said they had $35,000 pledged.

Another way is encouraging people to come to their store so the sales can go to their expansion. They already do see quick turnaround on their items, but it is not fast enough to prohibit the growing need for more space.

In fact, they are turning away useable items simply because they do not have enough space to accommodate them.

This is even considering that Carnes said they are “making record sales.”

This increased interest is due partially to the financial struggles associated with the coronavirus and more people looking for affordable alternatives.

If items are sitting on the shelf too long, they put them on sale to increase interest and keep them from taking up space for newer, more desirable products.

Gainesville especially has a need for waste prevention because of the high rental population, with students coming in and out of college. Carnes said that they call it “Gainesville Christmas” when all the leases are up and furniture is lying on the side of the road.

Sometimes they turn away problematic material — stuff that cannot be reused, composted or recycled.

Amanda Waddle is the director of zero waste at the Repurpose Project and volunteers at the Gainesville-based community group Zero Waste to educate people on waste prevention and plastic consumption.

“Our long-term goal is to have everything be reusable,” Waddle said.

Not only is reusable material good for the environment, it can also offer a financial benefit for local business and communities.

While thrift stores are increasingly becoming more common, junk shops can still be rare depending on the city.

According to the U.S. Census Bureau, in Dec. 2020, used merchandise sales were $1.2 million for just that month. But data for junk shops is almost nonexistent. 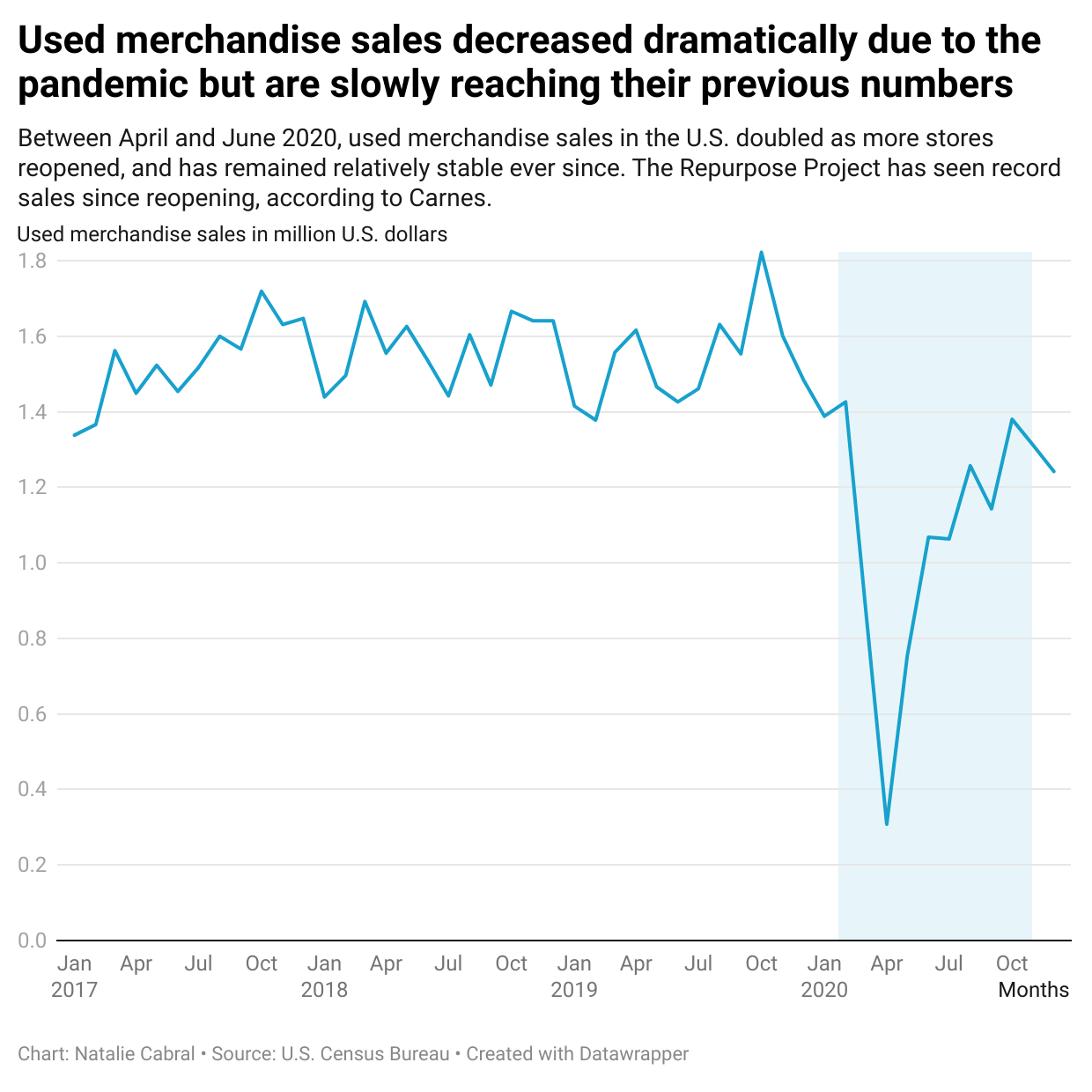 “There’s not many other stores like ours in the country,” Goff said.

In Gainesville, Life Unplastic is another store that tries to decrease unnecessary waste. They primarily focused on refilling bulk items to minimize single-use plastic.

But there are no other junk shops in Gainesville that provide the exact offerings the Repurpose Project does.

Goff said that she hopes to expand the business to multiple locations in the future.

“Our goal is to create a model of what we think needs to exist everywhere,” Goff said.

Natalie is a reporter for WUFT News who can be reached by calling 352-392-6397 or emailing news@wuft.org.
Previous Williston Student Uses Service Project To Reach Homeless With Feminine Hygiene Products
Next Bill Requiring Mandatory Moment Of Silence In Florida Public Schools Passes House – But Not Without Controversy