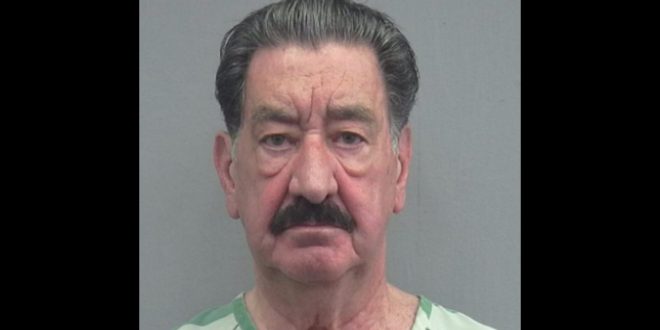 Mary Milligan wants Francis Palazzi locked up for the rest of his life.

Following a plea deal agreed to in Alachua County Circuit Criminal Court on Feb. 23, Francis Palazzi was sentenced to just over six years in prison for the murder of Jamal McGowan 27 years ago.

The murder took place on New Year’s Eve of 1994. Palazzi lived near a party that McGowan was attending at 4200 SW 42nd St. in Gainesville’s Sugarfoot neighborhood. An altercation between Palazzi, his son and partygoers over loud music led to the fatal shooting of McGowan, according to court records.

McGowan was Milligan’s first-born son. In a letter submitted to the judge and state attorney on Feb. 23, Milligan said Palazzi deserves the death penalty.

“He should never see the light of day,” Milligan said. “He deserves the same punishment as my son: death.”

Palazzi, indicted in 2017, pleaded no contest to the second-degree felony charge of manslaughter. Court documents state that Palazzi said it was in his best interest to accept the deal presented. He initially faced a first-degree felony murder charge.

Palazzi was a suspect since the case opened in 1994.

The plea deal gives Palazzi a sentence of six years and four months in state prison. Palazzi has been incarcerated in the Alachua County Jail since 2017 and will serve the remaining two-plus years in state prison.

In her letter, Milligan said a conviction of life in prison would have given her some relief.

“This will give me (and) my family a small piece of peace,” Milligan said. “But never, never will I have closure.”

Kendall Brandt is a reporter for WUFT News who can be reached by calling 352-392-6397 or emailing news@wuft.org.
Previous UF Study Makes New Discoveries About Transportation Bike Racks
Next Florida Legislature Gavels Into Session With Key Bills Looming