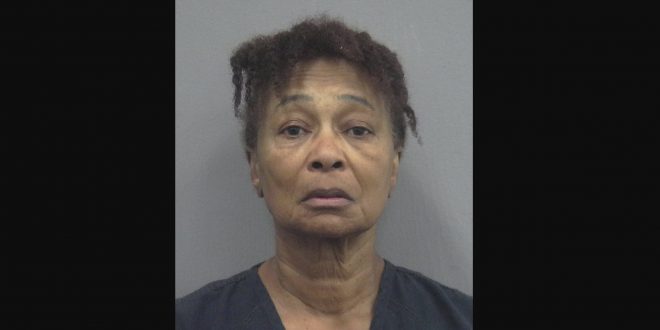 Former Micanopy House of Prayer leader sentenced to 30 years in prison for the death of two children in the 1980s. “And I just say God bless everybody and I know that God know the whole truth and nothing but the truth,” Young said in her hearing Wednesday. (Alachua County Sheriff’s Office)

Joy Fluker says what happened to her adopted baby brother in the late 1980s haunts her.

Anna Young, 79, was sentenced to 30 years in prison Wednesday for confining the toddler, Emon Harper, to a closet – without food or water – until he was found dead in a straw hamper by Fluker and other members of what authorities called a religious cult led by Young in Micanopy.

“I would hear his voice so loud in my head that I would smash on the brakes and pray I wouldn’t get hit by the car behind me,” said Fluker, who is Young’s daughter. “I once screamed out loud at God to take away the words that I last heard Moses speak in the closet, so they would stop tormenting me in my dreams as I worked, as I ate, as I tried to have enjoyable experiences.”

Young pleaded no contest to a charge of murder and was sentenced to 30 years in Emon’s case.

As part of a plea deal with prosecutors assigned by Florida Attorney General Ashley Moody, she also pleaded no contest to manslaughter in the death of 2-year-old Katonya Jackson – another child for whom Young had primary care of – in 1983.

Young failed to give Katonya necessary medication after she began having seizures, prosecutors said. Young caused her death by “culpable negligence” or an “intentional act,” they said.

Moseley sentenced Young to 15 years in prison in that case and ordered that the two punishments be served concurrently.

According to prosecutors and court records, Young and her husband Robert Davidson in 1983 started House of Prayer, a cult with a peak membership of 24 and based out of a compound in Micanopy. The cult strictly practiced Old Testament tenets, wearing full-length robes and adhering to a Levitical diet, prosecutors said.

Young left the cult in 1992 after being placed on a wanted list for the abuse of a 12-year-old child. She bathed that child in a tub of bleach, and then tied her to bedposts, so she could not tamper with open sores left on her body, prosecutors said. For the next nine years, Young was on the run, shortly staying in Georgia, Ohio and in her hometown of Chicago. After authorities later found Young in an attic in Alton, Illinois, she later served six months in jail for that child abuse case.

Young then lived for more than 15 years in Marietta, Georgia. Allegations of Young murdering Emon surfaced when Fluker disclosed her mother’s conduct and other cult members corroborated her story. Young was arrested a day after a Florida grand jury indicted her in 2017.

Young’s original plea that year was not guilty. She told Moseley that she changed her plea to no contest on Wednesday for the “best of my interests and my family’s.”

She added: “I just thank my attorneys and my family. And I just say God bless everybody and I know that God knows the whole truth and nothing but the truth.”

Fluker also told the judge: “She is, and always will be, my mother who I will love until the day that I die. But today I am here as a voice for Emon Harper, or as I know him, Moses Young.”

“She was smart, intelligent and very energetic,” Neal said of the 2-year-old, who would have been 40 if still alive. Neal said he remembers living at the compound with his sister and Young.

“Some of the brutality inflicted was even at my own hands, at the direction of the person who took her life,” Neal said. “I’ve had to live with these memories my entire life.”

Neal was emotional while speaking. He thanked God for giving him strength, but said he couldn’t help but reflect on what life would have been like if his young sister had survived.

Katonya’s mother, Lea Vera Aguillon, also spoke at the hearing. She described the House of Prayer as a “house of horrors” and added: “This has been a long time coming. Thirty years to get justice for ‘Kay.’”

Moseley denied Young’s request to hug her children, citing court protocol. He said he hoped the sentencing would provide closure and healing for the surviving victims.

“All innocent blood cries out from the ground for an answer,” the judge said. “Only the cowardly would fail to join in that cry and desire that justice be done.”

Audrey Mostek is a reporter for WUFT News who can be reached by calling 352-392-6397 or emailing news@wuft.org.
Previous Amy Williams Is A UF Geology Professor During The Day, NASA Scientist By Night
Next The Point, Feb. 18, 2021: Prosecutors Say She Led A Cult In Micanopy. Now, She’s Headed To Prison