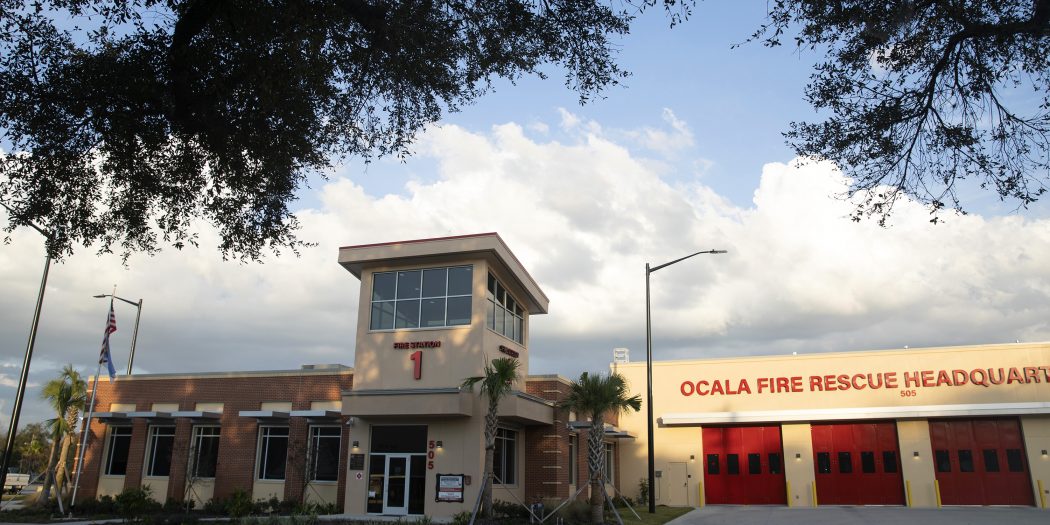 Janice Matos and her fellow firefighters in Miami were on shift at the firehouse when a woman walked in carrying a newborn in her arms.

The young mother didn’t say much. Matos wondered whether she was there to have her blood pressure checked, a service some fire stations offer. Her eyes puffy from crying, the mother made it clear she was there to surrender her newborn and handed the infant to Matos.

“She had a face, kind of like, ‘OK, I’m doing the right thing,’” said Matos, 57. A parent herself, she remembered the incident clearly, even though it was nearly two decades ago. She said the woman believed she was making the right decision and the baby would be fine.

The scene has repeated itself across Florida hundreds of times: Florida’s Legislature – considering legal changes that would affect such surrenders – said at least 324 newborns have been given up in the state since 2000, including 62 who were abandoned unsafely.

A new bill moving through the Capitol would significantly change state laws about surrendering newborns. It is already provoking emotionally charged debates in Tallahassee, where Republicans in recent years have tightened abortion restrictions and wrestled with the maternal rights of mothers behind bars.

The bill, sponsored by Sen. Dennis Baxley, R-Lady Lake, would standardize the use of a newborn safety device, or “baby box,” at drop-off locations like hospitals, fire stations or emergency medical stations that are always open. Instead of handing the baby to a nurse, firefighter or paramedic, a person could place the newborn in the baby box, which would sound an alarm for staff.

The bill also would also extend the age that a newborn can be surrendered without criminal consequences from seven days to 30 days, as long as there is no evidence of abuse or neglect. Parents could remain anonymous.

“These women are in very sketchy situations, dangerous situations, and they need anonymity,” Baxley told his colleagues during the hearing. “What I’m trying to do is simply rescue the child.”

A Health and Human Services appropriations subcommittee approved the bill 7-4 earlier this week after an unusually raucous hearing. It cleared a health policy subcommittee 6-2 in late January. One lawmaker said he was so insulted by testimony from a lobbyist during the hearing he wants the man banned from ever speaking again to the Legislature.

A vote on a version by a House subcommittee was scheduled for Tuesday next week.

Such baby boxes would not be new. Fifty-six already exist across the U.S. in four states, including one in Ocala in central Florida, lawmakers said. Baxley proposed an identical bill last year that never made it to a floor vote.

“Don’t you think it’s better that those services be provided rather than a mother just dropping a baby in a box in the dark of the night?” he said.

This week’s hearing included impassioned testimony from public advocates. The deputy chief of the fire department in Plantation, an area in Broward County, said the bill would put too many obligations on fire departments and hospitals to maintain and monitor the baby boxes.

“Passage of this bill would put a tremendous burden on the already taxed healthcare system and the first responder system, especially now dealing with COVID,” said Gordon, a board member for the non-profit A Safe Haven for Newborns, which he said also opposes the bill. “Baby boxes are a 16th century invention used by monasteries and convents. I think we’ve progressed out of the Dark Ages.”

A representative from the Florida Parent-Teacher Association, Dawn Stewart, said she worried about cases when a baby would be placed in the box, but the alarm would fail.

“A person has to check the box every 12 hours,” she said. “I’ve worked in maternal child healthcare for many years, and I can tell you some babies can’t live for 12 hours. They need that care right away.”

But not everyone was against the bill. A lobbyist for an anti-abortion group, Andrew Shirvell of the Tallahassee-based Florida Voice for the Unborn, said he couldn’t comprehend why anyone would oppose it.

“This bill is a no-brainer,” Shirvell said. “Opposition to it is manufactured purely for political theatre, or based on disinformation.”

That outraged Farmer, the senator who said Shirvell’s words were “extremely insulting” and that he should be banned from testifying further in the Capitol.

Even senators who voted for the bill said they have concerns. Republican Sen. Ana Maria Rodriguez of Doral, the subcommittee’s vice chairwoman, urged Baxley to be open to amending the proposal.

Matos, the firefighter in Miami, said she was worried about cases when a newborn might be dropped off when firefighters are away on emergency calls. She also said she was concerned that people might vandalize or even drop explosives in the baby boxes.

But mostly, Matos said, a newborn should be handed from human to human.

“To me, it just seems so sterile and so cold,” she said.

Hope is a reporter for WUFT News who can be reached by calling 352-392-6397 or emailing news@wuft.org.
Previous The Point, Feb. 11, 2021: How Gainesville’s Black-Owned Food Businesses Have Fared Over The Past Year
Next From Jordan To Gainesville: Middle Eastern Embroidery Makes An Entrance