As rain fell and wind rustled through leafy oak trees, Newberry residents and officials gathered Friday to collect soil in remembrance of six Black people who were lynched there in 1916.

Empty jars labeled with each victim’s name were laid out on a table under an oak tree that hovered over the gathering at Lynch Hammock, the place where the victims were hung. At the end of the table was a jar labeled “unknown,” representing all the as-yet-unidentified victims of lynching in Alachua County.

Pastor and Newberry native Lewis King opened the ceremony with a prayer. He called on the community to love one another despite the events of the past.

In August 1916, around 2 or 3 a.m., Alachua County deputy George Wynne and Dr. Lem Harris showed up at the farm belonging to Boisey Long, a Black Newberry man who was accused of stealing hogs.

Newberry Mayor and high school teacher Jordan Marlowe said this moment is where the truth has yet to be fully acknowledged.

According to news reports from 1916, Long — resisting arrest — shot deputy Wynne, who later died on his way to the hospital. Marlowe said Long’s story differed from the news reports. During his trial, Long said he knew Wynne and Harris came early in the morning to kill him, so he fought back.

Long escaped after the shootout, but in the meantime, a white mob gathered and accused six of his friends and family members of helping Long escape.

On Aug. 18, 1916, they were lynched by the mob, who were angered by the death of the Alachua County deputy.

Days later Long surrendered himself and was put to death by the state after the jury deliberated for just seven minutes and came back with a guilty verdict, according to Marlowe.

Alachua County Poet Stanley Richardson then recited a poem about his relationship with the trees at Lynch Hammock, referencing stories he heard from his parents when he was a child. He said whenever they were in the car headed towards Newberry, his parents would ask him “Do you know what happened over there?”

“Deep inside you, hidden in the blind spot of memory,” he recited. “All of that pit of pain you must feel. I know. I know you blame me. Because if I had not been, they could not have dangled. Your brother, your sister, your father, your mother from my limb. There would be no blood on my branches. I would be only brown.”

Marlowe then asked for a moment of silence dedicated to Dr. Patricia Hilliard-Nunn, who died on Aug. 5, 2020.

He said without her, they wouldn’t have been there on Friday, as she was one of the historians who worked on uncovering the truth about the Newberry six.

Marlowe told the audience to take a moment to look up at the tree and reflect on where they were sitting.

“I want you to think about the fact that the last time this community gathered on this spot, on the very ground that your feet are touching, it was to revel in the entertainment that the murder of fellow human beings offered them,” he said.

“Two hundred people gathered to place a noose around the neck of a pregnant woman, and watch as her and her unborn child died in front of them. Community Leaders stood and watched ‘as they placed a noose around five other people’s necks in this place that they call ‘Lynch Hammock.’”

Marlowe added that the day was not made to erase or fix the past, but rather to remember and admit that it was wrong, unjust and evil.

Whether the mayor of Newberry was present during the 1916 lynchings remains unknown to Marlowe. But he said it is right and appropriate that he is the first to officially extend his apology to the families of the victims.

“I do hereby proclaim the actions taken that day as a failure of our community to do unto others as they would have done unto them,” he said. “May the sincerity of our regret, serve as a reminder to never again descend into the darkness of hatred and bigotry.”

Keiana West, a justice fellow at the Equal Justice Initiative in Montgomery, Alabama, encouraged people to make the six names known beyond those in their circle.

“You’re all part of this history,” she said. “And we’re all here because we’re committed to doing this work. What can you tell them about this that they didn’t know before? And what does Alachua County and Newberry owe to the Black community who still bears the trauma and the burden of centuries of racial oppression and racial terrorism?”

As the ceremony came to a close, the descendants of the victims were called up to begin adding soil to the empty jars. Others in attendance were invited afterward to also add soil to the jars.

“Amazing Grace” echoed in the background, and one by one, the jars filled up with soil, each representing the victims’ names — ones Newberry leaders hope are never forgotten.

Kristin is a reporter for WUFT News who can be reached by calling 352-392-6397 or emailing news@wuft.org.
Previous UF Students Share Their Experiences Returning To Campus During A Pandemic
Next They’re Essential To Fighting The Pandemic, But Disposable Face Masks Also Pose A Threat to Alachua’s Wildlife 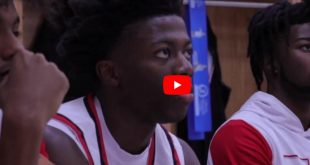