Aleksandr Wilde Calvin’s ideas about transgender people were warped for most of his life. Movies and shows on the television about trans sex workers shaped his perception of what it meant to gender-nonconforming.

It wasn’t until he saw a documentary following the transitions of several trans people that Calvin began to understand what being transgender could mean. He said this was when he first learned what hormone therapy was.

Hormone replacement therapy is just one part of transitioning, or the processes transgender people can go through to match their gender identity.

Calvin has been on hormone therapy for almost eight years. He said he began this process at a Planned Parenthood in Colorado and continued after moving back to his hometown of  Gainesville in 2015. He now receives his hormones through his general health practitioner in Gainesville but said he might not have been able to do so had he not already been on hormones for some time.

Transgender people living in Florida may now have more access to gender-affirming healthcare. Planned Parenthood of South, East and North Florida a year ago began offering transgender services, including hormone therapy. They brought these services to Gainesville at the end of summer.

There are about 100,000 people who identify as transgender in Florida, making it one of the country’s largest homes to the trans community.

This number is closer to an estimate. The actual number of trans people in Florida and the rest of the country may be greater. Data about this community is not as common because it is self-reported. 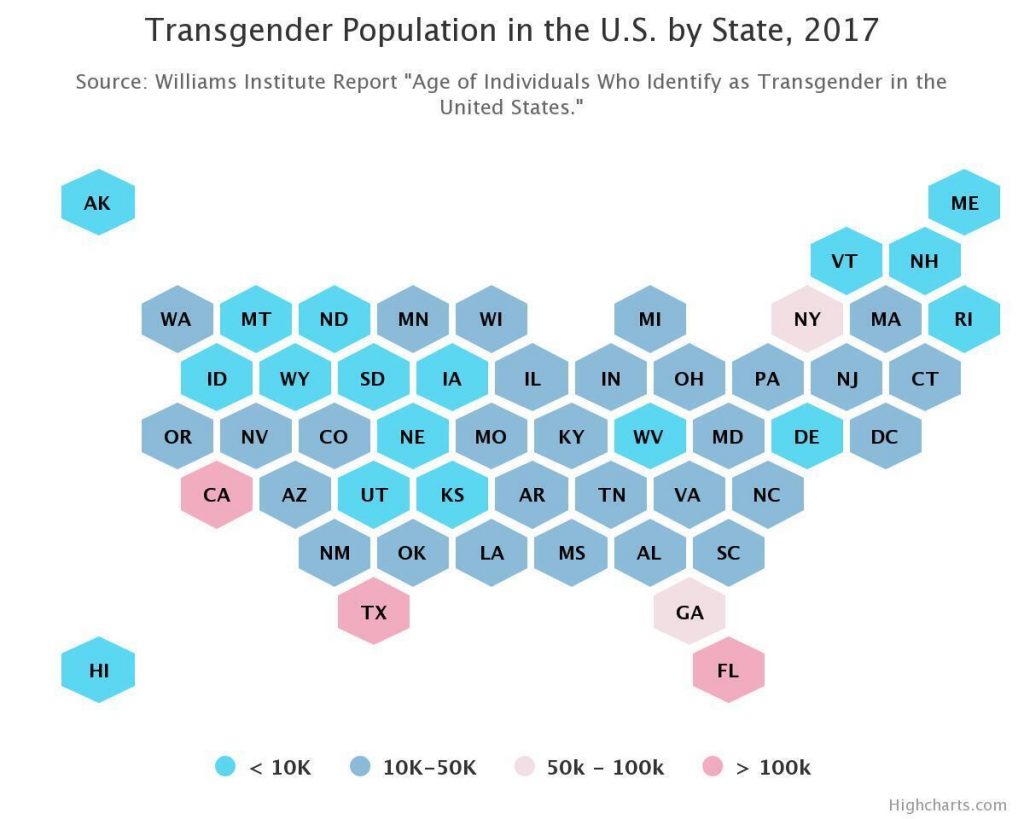 Nearly half of the respondents to the 2015 U.S. Transgender Survey reported they were denied equal treatment or service, verbally harassed or physically attacked because of being trans in the past year.

Many transgender people also report either fearing or actually experiencing discrimination from healthcare providers. The 2015 U.S. Transgender Survey found that only 40% of respondents told their doctors they were transgender.

Having a doctor who is competent in transgender care is important, said Calvin. “It’s not like they have a whole day in medical school about it,” he said.

Lack of evidence-based practices on what impacts hormone therapy has on the body and mind, from physical side effects to social perception, prevents doctors from giving their transgender and nonbinary patients 100%, Cahen said.

Gender dysphoria, or the feeling of distress that might occur in people whose gender identity differs from their assigned gender at birth, is something that affects many people in the LGBTQ community, especially transgender and nonbinary people, Cahen said.

The 2015 U.S.Transgender Survery reported that 40% of respondents have attempted suicide at some point in their life, compared to 4.6% in the U.S. population. Access to appropriate healthcare, family support and are some of the factors that contribute to lower rates of suicidal thoughts among transgender people. 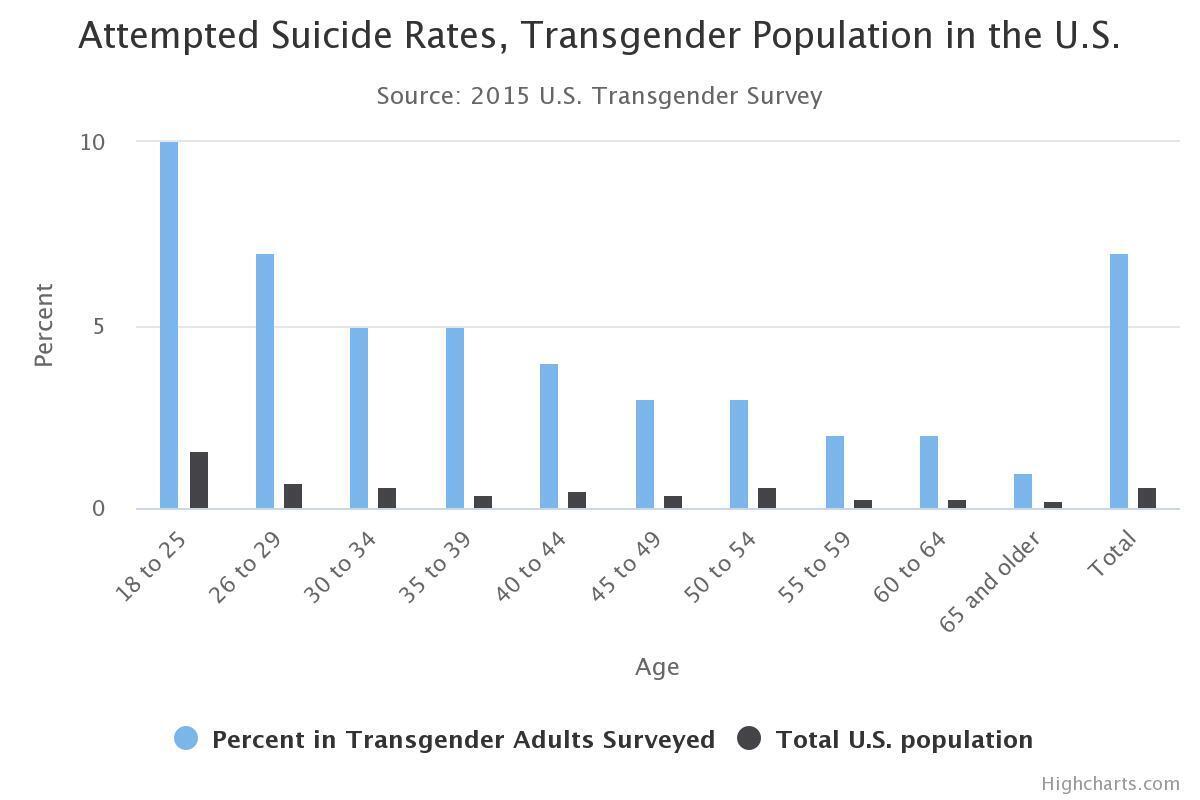 Mental health care is crucial during one’s transition. People throughout LGTBQ community grapple with their identity for years and may not be out to even their closest loved ones.

“For some people, those procedures really are the difference between life and death,” Calvin said.

“When I was first coming out, I was asking myself the hardest questions because it was such a serious decision,” Calvin said. He said he wondered if he would still want to transition if the double standards he saw and disparity between how men and women are treated ceased to exist.

“Regardless of how people are gonna treat me, I want my body to look like that. I just do. It just feels right,” he said.  “Who am I hurting, really?”

Each queer person speaks from their own unique experience, yet one sentiment reverberates through the whole LGBTQ community: the importance of a support group.

Eden Brown, 20, began her hormone replacement therapy journey about two years ago. Brown had to drive three hours from her home in Palm Beach County to Orlando to start her treatment.

“It was a very stressful time because I didn’t really have the support network that I needed,” she said. At the beginning, Brown said her parents were not supportive. Instead, her friends became the loving and accepting group that is so necessary to one’s transition.

Brown said she recalled feeling like she was running out of time to start hormones and get the results she wanted for her transition.

“At the time it was very desperate for me,” she said. “Once I started taking hormones, I sort of had this feeling I was grounded. I had a base, an emotional base, and that couldn’t really be taken away from me at that point.”

Victoria is a reporter for WUFT News who can be reached by calling 352-392-6397 or emailing news@wuft.org.
Previous Eta Likely To Stay Over The Gulf This Week, Track Shifts West
Next Alachua County Schools Superintendent Karen Clarke Plans Resignation For 2021