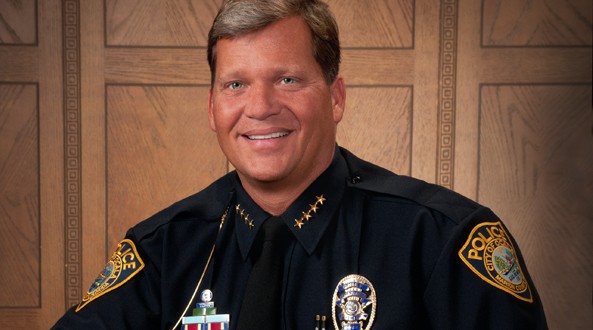 DUNNELLON — Ocala’s police chief died Sunday morning when the plane he was piloting crashed into an open field, authorities said.

Marion County Fire Rescue said the plane crashed around 11:30 a.m. in an open field, not far from the Marion County Airport. Graham was the only person on board. A Marion County Sheriff’s Office spokesperson said no one else was injured.

Guinn said Graham was “fascinated” with flying and had recently received his pilot’s license.

Graham became chief in January 2012. He was placed on paid administrative leave after being accused of racial discrimination, sexual harassment, hostile treatment and retaliation against three officers in 2016, but was reinstated and cleared the following year.

Recently, Graham was on a vocal presence in Ocala during the Black Lives Matter protests after the police killing of George Floyd in Minneapolis.

He condemned Floyd’s killing and told the crowd they could contact him personally “if they believe one of his officers has done anything wrong,” The Ocala Star-Banner reported.

“(Graham’s) leadership was responsible for changing the direction of the department,” Guinn said. “I couldn’t have asked for anybody better.”

The Associated Press is a wire service to which WUFT News subscribes.
Previous The Lede || Season II Episode VIII: Activism and Involvement
Next ‘Souls To The Polls’ Events Hope To Mobilize Black Voters Across Florida

Gainesville Work Camp Could Be Next In North Florida Prison Closures

To Control Gainesville’s Downtown Homeless During The Pandemic, Police Turned To A Private Security Contractor

Since then, a camp has grown at old Fire Station 1, a city property slated …