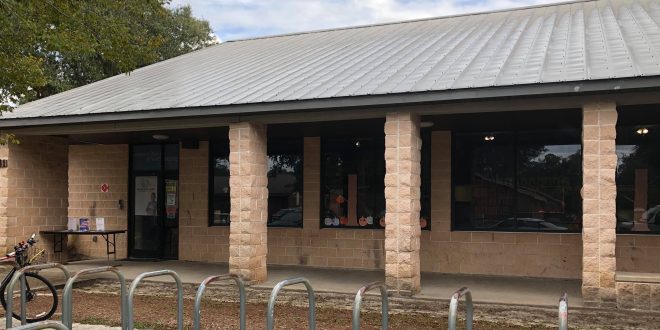 The Boys and Girls Club of Woodland Park was a major influence in the Gainesville City Commission’s decision to fund Woodland Park phase two rather than any of the other five applicants. (Brian Smith/WUFT News)

The Gainesville City Commission convened Thursday night to push a final vote on a recent proposal by the Affordable Housing Advisory Committee.

In this proposal, the committee requested that a portion of ConnectFree funds be directed towards the development of a phase two for Woodland Park, an apartment complex just off of Williston Road in East Gainesville.

All apartments constructed in phase two are planned for use in Gainesville’s Low-Income Housing Project.

The project is a part of Florida’s ongoing Low-Income Housing Tax Credit Project, a statewide initiative designed to incentivize housing developers to set aside homes for lower income families and individuals.

Woodland Park was chosen from six different applicants, and as committee Chair Eric McLarthy explained, it was chosen due to its readily available programs for children and teens.

These programs are offered through a branch of the Boys and Girls Club located right next to the complex.

City Commissioner Gigi Simmons also explained that of the applicants, she was most interested in seeing how each one creatively leveraged their locations, and that in her decision she really wanted to examine both those aspects and how effectively each applicant reached into the “Soul of the Community.”

John Wachtel, the committee’s neighborhood planning coordinator and budget manager, assured the commissioners that not only would there be ConnectFree funds left over for future projects, but also that if the state declined the proposal, all funds would be reimbursed.

The proposal passed unanimously, meaning it will be sent to the state for approval to compete with other projects from all over Florida. A final decision is expected from the state in late January.

Brian is a reporter for WUFT News who can be reached by calling 352-392-6397 or emailing news@wuft.org.
Previous Oct. 23, 2020: Afternoon News In 90
Next Homeless People Raise Concerns About Gainesville’s South Main Street Strategy