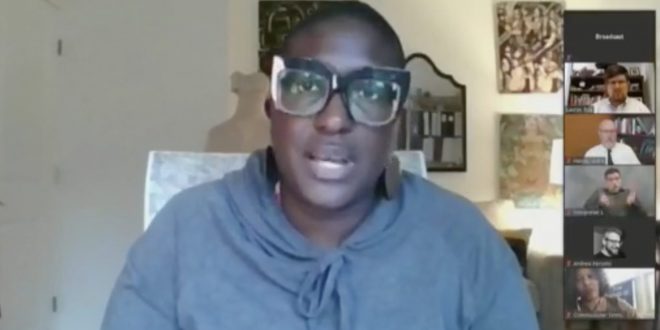 On Thursday, the Gainesville City Commission met to discuss the moratorium, Indigenous Peoples Day, and race and equity training, among other topics.

In a debate that has taken place since at least July, city commissioners weighed whether or not to place the moratorium on new development projects in neighborhoods like Pleasant Street and Spring Hill that have had predominantly Black populations for decades.

The city cited data representing demographics from neighborhoods that could be negatively affected by the developments, showing fluctuating population data for Black and minority populations and an inability to afford existing or new housing if developments went through.

The main concerns cited in defense of the moratorium were displacement and gentrification. Commissioner Gail Johnson worried about new private developments near the University of Florida campus “leading to a loss of affordable housing and steadily rising rents.”

Such developments pushed toward a decisive moment over a recent proposal to build a new luxury student apartment complex on what was formerly Seminary Lane, a 1970s-era apartment complex in the Fifth Avenue neighborhood with mostly Black residents that was demolished in 2009. A developer in recent months has pitched the city on the idea of a new complex, but neighbors have pushed back, taking the case all the way to a state administrative law judge who is expected to rule later this month on whether that development can go forward.

Before supporting a moratorium, other commissioners wanted more data to support Johnson’s concerns.

“I don’t know if strictly looking at population totals is illustrating the kind of context we are looking for,” Commissioner David Arreola said. “What we’re talking about is creating a policy that is going to protect homeowners, that’s going to protect neighbors from gentrification and displacement.”

Johnson agreed that the information city staff presented on Thursday did not coincide with her concerns or those of the public.

“That concerns me. What is the truth here?” Johnson said. “What happens if we don’t pause, recognize the problems that we see, and work on them?”

Commissioner Harvey Ward said the moratorium would not be the best way to combat Gainesville’s homeownership or wealth gap issues.

“I would like to directly work on things that directly address that wealth gap. The primary way that most Americans build wealth… is through homeownership,” he said. “I don’t know that a moratorium accomplishes that.”

The commission did not reach a decision on the moratorium during the meeting.

“To me, the moratorium is about pushing the pause button and giving us a time and the space to implement those solutions without there being any further loss to those communities,” Johnson said. “I feel crazy right now.”

Mayor Lauren Poe cited a need for more discussion on the topic, along with the possibility to hire a consultant to assist the city.

“We need to have a broader discussion with our community and be able to incorporate their input to what we do,” he said. “We understand that it takes the time that it takes, and this is definitely top priority stuff.”

The commission did unanimously approve a plan to draft a resolution to formalize a celebration of Indigenous Peoples Day within the city.

The resolution would make Oct. 12 an officially recognized holiday by the city and allow Gainesville’s government to put in place a physical commemoration of the city’s original inhabitants.

“This is not our land; this land was taken and is being borrowed from the original inhabitants,” Poe said. There’s no cost yet associated with the plan.

“This workshop provides an orientation to the role, responsibilities and opportunities for government to advance racial equity,” Equal Opportunity Director Teneeshia Marshall said.

The workshop was initially slated to occur in-person, but because of Gov. Ron DeSantis’ order to extend virtual government meetings in Florida, it will now happen online.

“We are doing the best we can,” Poe said in defense of the online format. “It doesn’t always work smoothly.”

Rhianna is a reporter for WUFT News who can be reached by calling 352-392-6397 or emailing news@wuft.org.
Previous Groundbreaking Ceremony Held For UF/IFAS Extension Building In Newberry
Next The Point, Oct. 16, 2020: The Florida Supreme Court Has No Black Justices For The First Time In Decades