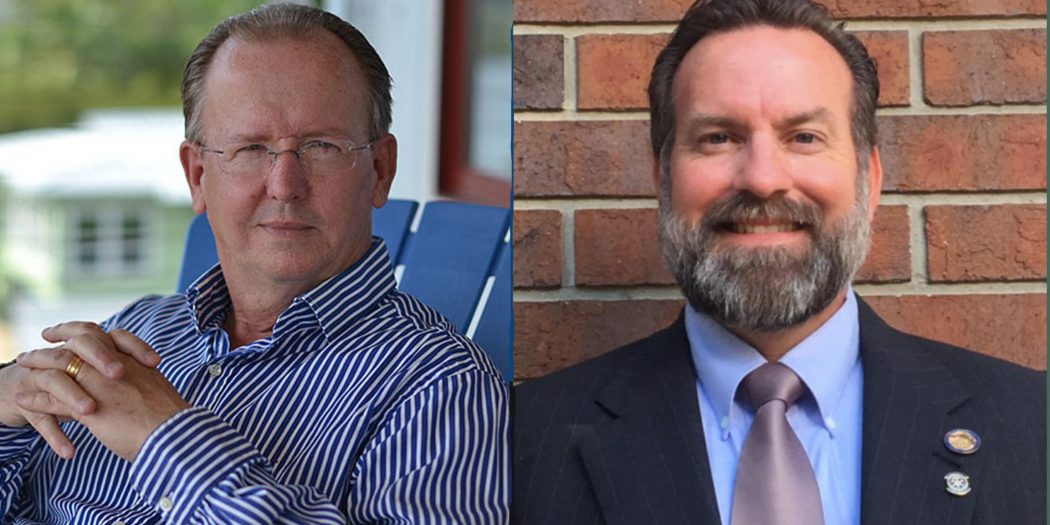 What started as a three-man race between Chris Cowart, Jeff Edison and Jerry Lawrence was narrowed to two, after the Aug. 18 primary. Cowart led the Republican primary with 3,931 votes total. Edison, who has served as superintendent for 33 years and was also running as a Republican, had 2,309 votes total and will not be on the Nov. 3 ballot.

“Mr. Edison is a good Christian man.” Cowart said, “He’s served Levy County very well. I’m very humbled by the opportunity that the citizens gave me in August primary to advance to November. I am looking forward to the challenge of working and striving to do better each and every day for our students and our staff.”

But Cowart still has another round to go. He faces nonpartisan candidate, Jerry Lawrence, in the general election on Nov. 3.

Cowart, 45, is married with three kids. He was born and raised in Levy County and graduated from Bronson High School. Cowart attended the University of Florida, about 25 miles down the road from Bronson, and received a degree in exercise and sport sciences.

“I love giving back to my community . . . being on the school board was an opportunity for me to give back and serve our community, and that’s what led me to make the decision,” Cowart said.

Cowart served on the water and sewer district in Cedar Key. He served as a liaison for several clubs in the county area and as president of Levy’s schools foundation.

His opponent, 63-year-old, Jerry Lawrence, was born into a military family in Montgomery, Alabama. At Auburn University, he received a master’s in education. Instead of going straight into a career, he sold his Volkswagen bug and bought a one-way ticket to Israel for five years with only $400. Ten years later, he got back into education.

Lawrence has covered a vast variety of subjects throughout his 28 years of being an educator. Some of his past students won national silver and gold awards for their literary magazine work.

“And that happens by the culture that you build within that classroom,” Lawrence explained. “Your students have to trust you. It’s a give and take. There’s gotta be openness and an exchange of ideas.”

In 2006, he moved to Levy with his wife Kathy, where he landed the position as assistant principal at Bronson Middle High School.

Lawrence believes it has everything to do with leadership.

“I think it’s only fair that the employees have that same opportunity to provide feedback into the job that we’re doing. So, I really want to be a lot more transparent,” Lawrence said.

His other goals are to improve student achievement by creating better relationships with parents and expanding vocational programs.

Above: Lawrence explains how vocational programs have an effect on student achievement.

Cowart said his current position on the board has allowed him to create plans for student achievement already. He believes that students reading on grade level is essential.

Over the summer, Cowart, and the board brought in a reading comprehension focus-based teacher. He said she is working with reading coaches throughout the district to help the program rise.

Cowart said his vision for the past eight years has been to implement career and technical education into Levy schools. Now, there are three programs dedicated to aquaculture, hospitality management and sewer certifications.

“There’s going to be a lot of people that are going to be retiring and exiting these fields of work and in the career technical side, and so there’s going to be growth and opportunity for our students to get into programs, get good-paying jobs and be productive citizens.”

With the uncertainty of COVID-19, concerns over student safety are at the forefront. Both Cowart and Lawrence said they are taking the matter seriously. Levy students have the option of doing school on-campus or online.

“One of the things we’ve done is partnered with our department of health. As we have those that develop either symptoms or those that have tested positive, we’ve put those protocols in place to keep everybody safe and it’s really mitigated what could have been a worse situation,” said Cowart. Lawrence says he agrees with what the current board is doing right now.

The general election on Nov. 3 will determine whether Cowart or Lawrence will be Levy County’s next superintendent of schools.