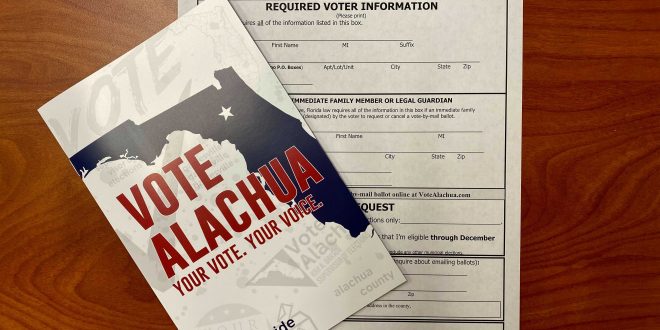 With only three days left for you to register to vote for the 2020 General Election in Florida, some potential voters are finding unsettling material in their mailboxes about whether they can participate this fall.

Seemingly random selections of the 187,714 registered voters in the county are reporting that they have received mail informing them that someone in their home is ineligible to cast a ballot.

Gainesville residents have reached out to the Alachua County Supervisor of Elections with their concerns, only to be told that they are registered and to disregard the notice that they received by mail.

Other residents, ones who may not have received any notices of ineligibility, are left to speculate on the notices’ origin.

“I sent a letter to both the Democratic and Republican parties,” Gloria Martin-Greene, an Alachua County resident whose neighbor received one of the notices, said. “I am thinking someone local sent them out.”

While sending out misleading mail may seem unethical, or maybe even deceptive or illegal, TJ Pyche, Alachua County’s office of elections outreach and communications manager, has different thoughts.

The Voter Participation Center and the Center for Voter Information are two of the more common mailing purveyors, Pyche said, and they’re just trying to get people registered to vote.

“We’ve received dozens of calls every day from residents about these things,” he said. “It’s been going on for years.”

Both centers, which operate out of Washington, D.C., obtain state data that sometimes suggest a resident is not eligible to vote.

“These lists are not always up to date,” Pyche said. “These centers cast a wide net to get to as many people as they can.”

Neither center on Thursday immediately returned requests for comment about what they’re sending, why and to whom.

There is no real harm in companies sending out these overarching pieces of mail, Pyche said. In fact, they accomplish a purpose.

In Alachua County’s August 2018 primary, 28.66% (50,062) of registered voters participated in the election, according to the supervisor of elections.

Still, most registered voters do not exercise their right to vote.

In the 2016 presidential election, 46,973 of Alachua County’s registered voters did not make a selection.

Whether you have received mail that stated someone in your home is ineligible to vote, or you have not yet taken the time to register, the process is simple.

To check the status of your voter registration, go to votealachua.com or call during business hours.

All you will need is your name, date of birth and one minute of time.

If you would like to register prior to the Oct. 5 deadline, voter registration forms are available at your county’s elections office website. 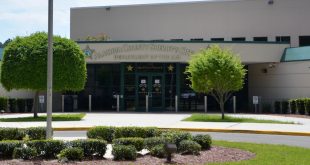 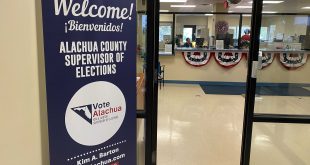 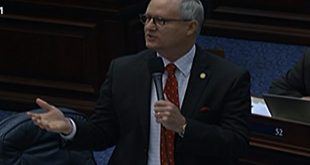