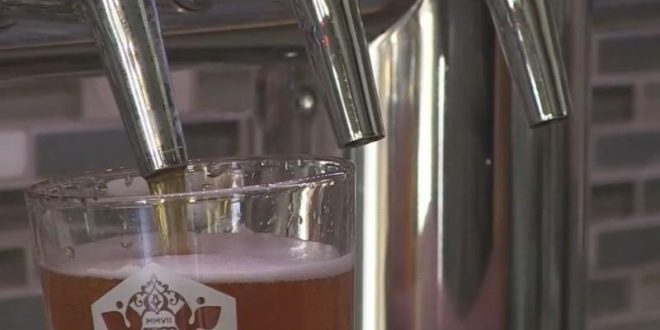 Florida’s top business regulator believes bar and craft-brewery owners will do a better job of self-enforcing state safety restrictions, but won’t go easy on bars and breweries that violate rules such as indoor occupancy limits. (The News Service of Florida)

Florida Regulator Says Bars, Breweries Will ‘Do A Better Job’

TALLAHASSEE — After many establishments were closed for months amid the coronavirus pandemic, Florida’s top business regulator believes bar and craft-brewery owners will do a better job this time of self-enforcing state safety restrictions.

But Department of Business and Professional Regulation Secretary Halsey Beshears said Wednesday his agency won’t go easy on bars and breweries that violate rules such as indoor occupancy limits.

The state on Monday began allowing bars and breweries to again serve alcohol for on-site consumption, after a similar attempt ended in June because of a lack of compliance with safety rules. Beshears said Wednesday his agency has shifted enforcement officers’ hours to later at night and that the agency will concentrate on businesses where “we know activity is happening.”

Beshears added that a lot of the responsibility to prevent bars from losing liquor licenses rests on customers.

“For the people that don’t want to go out, don’t want to socialize, or they have a health concern, they need to stay home. They really do. They don’t need to bash all those people that want to be out and socialize,” Beshears said. “Now, the flip side of that is to the patrons that want that socialization and want to be in the bar. Be respectful of everybody else. Help that business guy out. Have some personal responsibility because we can’t shut this down again. We’ve got to find a way to exist in the new way we are operating in now, so they can make a living.”

Bars and breweries were among businesses closed in late March as the state took measures to slow the spread of COVID-19, the respiratory disease caused by the coronavirus. As cases appeared to slow in early June, establishments were allowed to reopen in most of the state with safety measures that limited occupancy to 50 percent and required customers to be seated to be served.

However, Beshears issued an order June 26 that prohibited the sale of alcohol at bars and breweries for on-site consumption because of widespread violation of the restrictions, with many incidents posted by patrons on social-media sites. Some establishments were able to continue serving drinks because they sold food.

The June 26 order came just as the state started to see an explosion of COVID-19 cases and deaths.

The Florida Brewers Guild warned in July that being limited to a “to-go” model to sell alcohol was untenable for the majority of the more than 320 businesses in the brewery industry.

Beshears couldn’t put a number on the businesses that have closed but expects the shutdown experience will lead to more compliance.

To help the hospitality industry, DeSantis said last week he would support legislation that would continue allowing restaurants to sell alcoholic drinks with take-out meals. He has allowed so-called “alcohol to go” during the pandemic, but state law would need to be changed to make it permanent.

“I endorse it and I think it would be a good thing,” DeSantis said during an event with restaurant operators in Fort Myers.

“It’s been effective. It’s given the restaurants a little bit of a lifeline,” DeSantis continued.

But such proposals could face opposition from groups concerned about drunken driving.

Beshears said he will back DeSantis on the to-go proposal.

“The governor has been very adamant about this, and he sees how it’s worked for those existing business owners and he thinks it’s a great idea and so, I do too,” Beshears said. “And we’re going to do all we can to help support him and try and help get that across the goal line.”

Jim Turner is a reporter for the News Service of Florida, a wire service to which WUFT News subscribes.
Previous Sept. 16, 2020: Morning News In 90
Next Florida Changing Rules To Allow Philosophy Majors To Teach Social Sciences In Public Schools

Skating has surged in popularity over the coronavirus pandemic, with searches for “how to skateboard” and “how to roller skate” both hitting a 5-year peak in May, according to Google Trends.