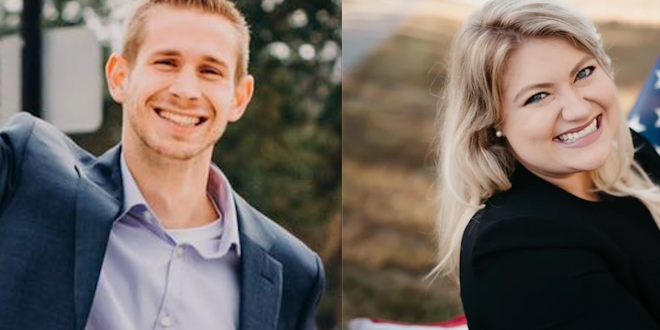 Former congressional aide Kat Cammack won the Republican nomination Tuesday for Florida’s 3rd Congressional District, a big step in taking over the seat of her former boss, Rep. Ted Yoho, who is retiring after seven years while mired in controversy over a feud with a prominent Democrat on Capitol Hill.

The fight for the congressional district, which spans six north-central counties, was among Florida’s most expensive and competitive. Candidates there collectively spent at least $2.3 million on the election so far, according to the latest figures from the Federal Election Commission.

Yoho chose not to endorse any candidate in the race. In a bizarre twist, Yoho in June had said in a mysterious statement that Cammack was “demoted” in 2013 as his chief of staff and “reassigned” from Washington to a Florida district office for “reasons not to be disclosed.” The statement was later deleted from Yoho’s campaign Facebook account.

Cammack was identified on congressional employment records as Yoho’s chief of staff all during 2013, listed as a part-time employee for more than five years then named deputy chief of staff in August 2019 through the end of the year. Yoho said that Cammack worked for him “in a satisfactory manner” and he would not discuss the matter further.

Campaign spending by federal candidates was higher in only two other competitive congressional races across Florida: The fight to replace retiring Republican Rep. Francis Rooney in Fort Myers, and a battle among Republicans to face former Gov. and Democratic Rep. Charlie Crist in St. Petersburg.

Cammack declared victory shortly after 8 p.m. on a Facebook livestream from her campaign headquarters. The Associated Press declared her the winner after 9 p.m.

Adam Christensen, who said he sold a company in Gainesville six months ago that performed cannabis and cannabidiol testing, won the Democratic nomination. He said he now runs an analytical laboratory that conducts fraud testing in the flavor and fragrance industry.

Yoho, a veterinarian and the top Republican on the House Foreign Affairs Asia subcommittee, was retiring as a reliably pro-Trump lawmaker. He occasionally was among the only opposition votes in Congress on arcane topics. He was among four lawmakers earlier this year who opposed a new anti-lynching law, and last year Yoho was among seven lawmakers who opposed guarantees of back pay for about 800,000 federal workers who lost their paychecks because of a partial government shutdown.

Last month, Yoho was involved in a high-profile conflict with Rep. Alexandria Ocasio-Cortez, D-N.Y. A reporter for the Hill newspaper overheard Yoho call her a f****** b****, after he said he disagreed with her response to crime and policing. Yoho later apologized for the “abrupt manner” of the exchange, but added: “I cannot apologize for my passion or for loving my god, my family, and my country.”

Cammack mentioned the Democratic congresswoman by her familiar initials shortly after declaring victory in Florida: “We are going to go toe to toe with AOC,” she said.

There were few substantive policy issues at stake in the congressional campaign: The leading Republican candidates aligned themselves with President Donald Trump and sought to convince voters they would most closely reflect Trump’s interests in Washington.

Cammack told supporters Tuesday night that her victory carried a message for Trump: “You have reinforcements on the way, sir.”

Judson Sapp, a former actor who runs a railroad contracting firm, made one of his campaign platforms a pushback against the University of Florida’s decision to ban its “Gator Bait” cheer over what the school said were racist origins of the phrase. Sapp, a Florida State graduate, distributed orange-and-blue “Gator Bait” campaign signs across the district, which includes UF’s campus in Gainesville.

Cammack promoted her gun-rights positions and support for law enforcement in the wake of Black Lives Matter protests. She loaned her campaign $20,000, only a small part of her overall $472,022 in total receipts. She earned $101,977 last year on Yoho’s congressional staff, and a political consulting firm she ran charged Yoho’s campaign $130,160 over the last two election cycles.

Yoho had remained out of the fray, but his son endorsed Gavin Rollins, a Clay County commissioner.

The district includes Alachua, Clay, Putnam, Bradford and Union counties and most of Marion County.

Corrections appended: A previous version of this story said Christensen currently owns the cannabis testing company, which he has sold. It also said Yoho has served seven terms, but his career spans seven years and four terms.