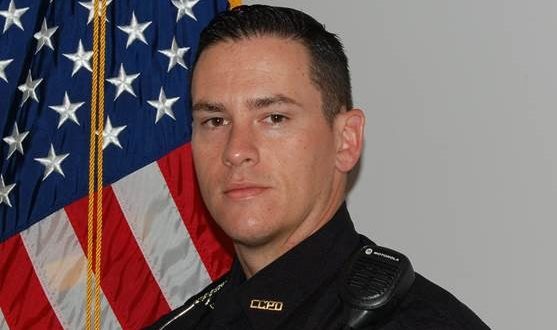 LAKE CITY — A Florida police officer was shot early Tuesday while making a “well being” check at a home that had been struck by bullets, police said.

The Lake City Police Department said in a news release that officers were sent to a neighborhood shortly after 1 a.m. to investigate reports of gunfire. They saw visible bullet holes on the exterior of a home and went onto the porch and knocked on the door, fearing that someone may have been shot. They identified themselves at police officers, the release said.

Shots were fired through the door from inside the home, and one officer — Remington “Cody” Chauncey — was struck, the release said.

The officers withdrew from the porch and the injured officer was taken to a hospital in Lake City, and then transferred to another nearby hospital for additional medical treatment, police said. He is in stable condition. Chauncey joined the department in April after working at the Live Oak Police Department, about 30 minutes west of Lake City.

Officers remaining at the scene continued to make contact with someone in the home, the release said. The resident refused to leave the home, and police then evacuated residents of nearby homes, and the entire area was secured.

A SWAT team from the Columbia County Sheriff’s Office came to the scene, along with a hostage negotiation team.

They eventually made contact with Antonio Jennings, who investigators identified as the shooter, the release said. Family members assisted officers in convincing Jennings to leave the home. After about an hour of negotiations, Jennings was taken into custody, the release said.

Jennings was charged with aggravated battery on a law enforcement officer and possession of a firearm by a convicted felon. Additional charges may be added as the investigation continues, police said.

Jennings is being held without bond. It is not yet known whether an attorney is representing him.