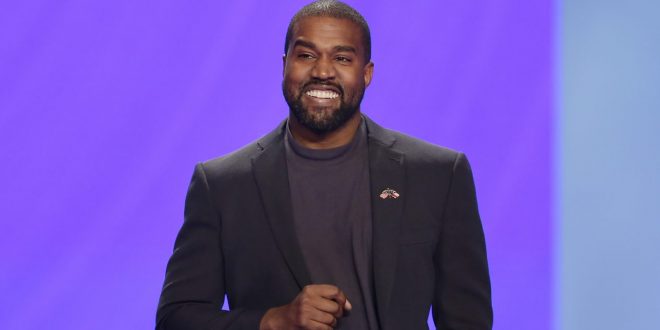 Not being on the Florida 2020 ballot likely means Kanye West's run at the presidency is going to be short lived. (AP Photo/Michael Wyke)

“News flash, shorty, we over.”

It’s official: Kanye West, entertainer and founder of fashion brand Yeezy, will not appear among candidates on the presidential ballot in November in Florida, one of the nation’s most populous states and a campaign prize for its 29 electoral votes.

West, 43, failed to submit the required 132,781 signatures from supporters by noon Wednesday to qualify him as a non-affiliated candidate for the ballot in Florida, according to records from the state’s Division of Elections. West also had missed similar deadlines in six other states.

In other words, “we over,” a line from his 2008 collaboration with John Legend.

West had announced his plans on Twitter 11 days earlier to run for the presidency, a delayed entry into politics so late in the 2020 election cycle that few people took him seriously – even as his friend and technology entrepreneur Elon Musk had openly expressed his support.

“Like anything I’ve ever done in my life,” West said earlier this month in an interview with Forbes, “I’m doing to win.”

West’s failure Wednesday to make the upcoming ballot in Florida came amid reports a day earlier that he was abandoning his presidential campaign in its infancy. New York Magazine quoted his campaign adviser, Steve Kramer, saying, “He’s out,” despite what he described as earnest efforts to place his name on the ballot in Florida and South Carolina.

West could not be reached immediately to discuss his political plans. No one was available to pass a message to him at Creative Artists Agency, his Los Angeles-based talent agency, and he did not immediately publish a statement on his social media accounts, where he was active as recently as Tuesday night.

Still, West apparently made at least initial efforts to run seriously. A representative for West after his announcement had contacted an experienced political operative in Washington, who confirmed the conversation Tuesday on condition of anonymity, to discuss basic questions about launching a campaign. The operative said he was not interested and referred West’s campaign to others in Washington.

In his Twitter announcement, the mercurial artist wrote, “We must now realize the promise of America by trusting God, unifying our vision and building our future.” In the Forbes interview, he joked that he was running under the “Birthday Party,” not as a Republican or Democrat.

West’s brief candidacy was widely viewed as a strategic effort to help Trump by undermining support among Blacks, liberals and Democrats for former Vice President Joe Biden. West has said he no longer supports Trump, citing news reports that Trump retreated to the White House basement during Black Lives Matter protests in Washington: “It looks like one big mess to me,” he said in the Forbes interview. “I don’t like that I caught wind that he hid in the bunker.”