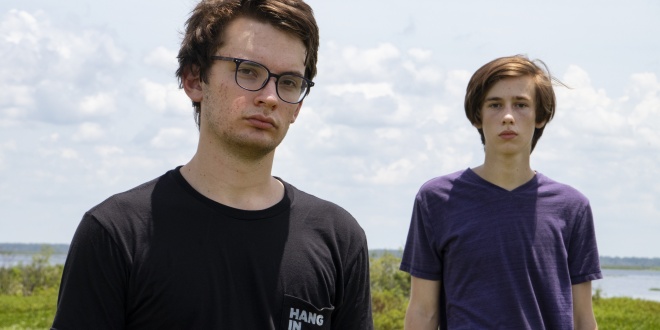 Oscar Psychas, 22, left, and Isaac Augspurg, 15, right, stand near Paynes Prairie in Gainesville, Fla., on Saturday, May 30, 2020. The two are part of the group of eight youth plaintiffs who say climate change has already affected their homes and lives. (Lauren Witte/Fresh Take Florida)

A Florida judge’s decision to dismiss a landmark environmental lawsuit from eight young plaintiffs tracks closely with decisions by courts in other states where such legal strategies have gained little traction. Is it a losing strategy?

Leon County Circuit Judge Kevin Carroll complimented the activism of the young plaintiffs – who now range in age from 12 to 22 – but threw out their lawsuit this week alleging that state political leaders violated their constitutional rights over failed environmental public policies.

Their lawsuit also said support of a fossil fuel-based energy system has significantly harmed the atmosphere, violating the doctrine that holds the government responsible for protecting natural resources for public use.

In his ruling Monday, Caroll said he sympathized with the claims and encouraged the plaintiffs to appeal his decision to Florida’s First District Court of Appeals. But he said he “regretfully” had concluded that the issues the lawsuit raised were more appropriately settled in state capitols and by governors, not in courtrooms. The judge said he hopes that society can “get this climate thing right.”

The decision in Florida follows similar rulings elsewhere, including cases in Alaska, Montana, Oregon and Washington, and in a federal case that was dismissed earlier this year. The U.S. appeals court panel in that case agreed that climate change is an urgent problem but said federal climate policies must come from Congress.

Courts have concluded that asking judges to order government officials to create plans to stabilize the climate violates the separation of powers doctrine by asking judges to legislate. In the Florida case, defendants said the lawsuit sought “unprecedented judicial interference into the executive and legislative branches.”

At this week’s hearing, lawyer Mitchell Chester said political leaders in the legislative and executive branches were frustrating important efforts to stall or reverse climate change. Some politicians refuse to acknowledge the problem, which future generations – like the young Florida plaintiffs – will inherit.

“Where else are they supposed to go?” Chester asked the judge.

One of the government’s lawyers, Karen Brodeen, said the argument for the right to a stable climate is similar to arguing for a right to world peace or economic prosperity, which she said are not individual rights that can be enforced in court.

DeSantis is generally credited with being more supportive of environmental policies than his predecessor, Rick Scott, now a U.S. senator in Florida. But the sunny state still lags behind the nation in renewable energy, despite the potential for technology like solar power.

Valholly Frank is a 17-year-old plaintiff in the Florida lawsuit and a Seminole who grew up on the inland Big Cypress Reservation in South Florida, threatened by drought and wildfire risks from climate change.

“That land has become very, very important, and if we lose it, we lose a lot of our identity,” she said. “There’s a spiritual connection to that land.”

An outside expert, David Guest, a longtime environmental lawyer, said he was impressed by the judge’s frank honesty in his decision. He predicted that U.S. political leaders will be motivated by drastic measures, more than the natural disasters the country has faced already.

Guest compared the issue to passage of clean air laws after people were dying from air pollution.

“Good policy comes from crisis,” he said. “The crisis is around the corner.”

Despite the loss in the courtroom, the children and young adults who were represented in the lawsuit said they want to continue working on climate issues.

“We could turn the Sunshine State into the solar state,” she said in an interview with Fresh Take Florida, a news service operated by the University of Florida College of Journalism and Communications.

Isaac Augspurg, 15, grew up on a farm in Alachua, Florida, where he said heat waves have killed the family’s baby goats.

“We’ve gotten so much more support with our case,” he said. “That has been really important, regardless of outcome.”

The plaintiffs will appeal their loss, lawyer Andrea Rodgers said. Frank, the Seminole plaintiff, said she was concerned about the conservative appeals judges appointed by unsympathetic political leaders.

Marlowe is a reporter for WUFT News who can be reached by calling 352-392-6397 or emailing news@wuft.org.
Previous Locally Owned Businesses Work To Reopen According To Phase One Guidelines
Next DeSantis: Phase Two Effective Friday To Reopen Florida