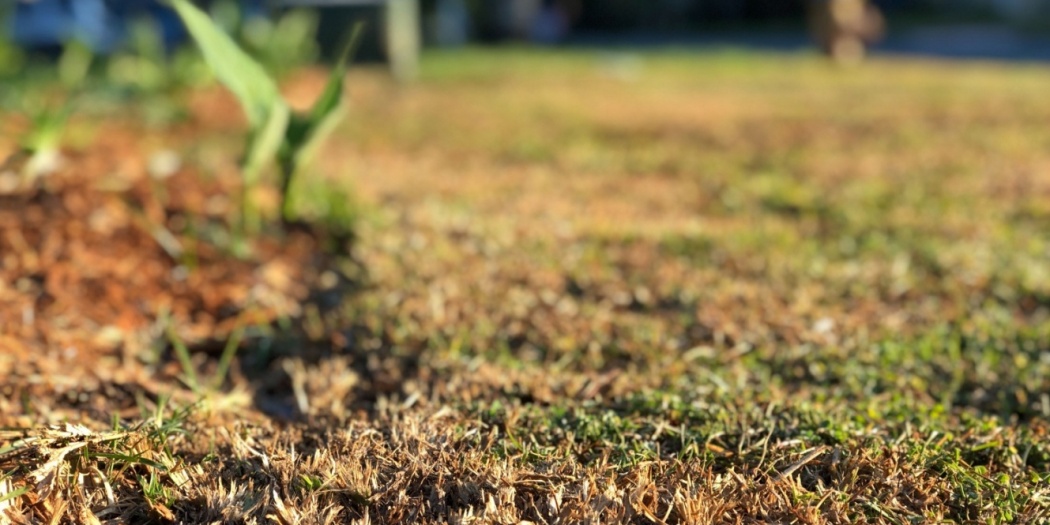 As Drought Adds To COVID-19 Woes, A Reminder To Conserve Water During Florida’s Dry Season

With several parts of north central Florida experiencing drought conditions, and the spread of COVID-19 compelling people to stay at home, Alachua County has reminded residents of the need to observe restrictions on irrigation.

Alachua County had only 0.99 inches of rain in March, according to Fay Baird, the senior hydrologist of the Suwannee River Water Management District. This is less than 25% of what was expected for March, making it one of the driest Marches on record since 1932.

“Getting average or normal rainfall is actually a rare event,” State Climatologist David Zierden said. “Dryness at this time of the year is not necessarily unusual, but it has been exceptionally dry for the month of March.”

Alachua County officials believe the coronavirus pandemic may be undercutting water conservation as people stuck at home turn to gardening.

Forrest Eddleton, senior planner at the Environmental Protection Department, was quoted in a county posting as saying, “It is understandable that with all the extra time spent at home, people are turning to their yards for respite.” But the virus, he said, “hasn’t changed the fact that overwatering reduces groundwater supplies, harms our springs, wastes money, and often times ends up damaging the landscape.”

According to recent data from Gainesville Regional Utilities, water usage has increased by roughly eight million gallons a day. Officials believe this is because of irrigation use, since so much of the water is being run early in the morning when residents typically hydrate their lawns and plants.

The restrictions imposed by the county limit irrigation to a maximum of twice per week. Watering is allowed only before 10 a.m. and after 4 p.m. to reduce water lost to evaporation.

April is known as Water Conservation Month because it tends to be one of the driest times of the year.

Baird said 50% of the water used at home is for irrigation purposes. “March, April and May are often very low rainfall months,” Baird said. “It’s a lot of water going on to lawns and this is really kind of an obvious place where people can trim back their water use.”

Officials believe the drastic increase of water use for irrigation purposes is mostly due to the drought that has overtaken North Central Florida.

Since very little rain has been falling and everything tends to be quite dry, people have been using more water than ever before to keep their yards and vegetation from dying.

Another issue with the drought is the increased potential of wildfires starting and spreading quickly.

“It looks like the drought is to persist a little bit longer,” Hawthorne said. “People should check in with the Forest Service to see if it’s OK to burn and to just be cautious and aware of our resources like water.”

In the event that the drought gets worse, the Suwannee and St. Johns River Water Management Districts can declare a water shortage, which the county would then enforce on all residents. However, the three-month outlook on future forecasts shows that Alachua County expects to be less dry in the coming months, according to Baird.

Stacie Greco, the water conservation coordinator for Alachua County, urges residents to reduce water usage as much as possible.

“We never want people to think that because it’s raining so much the drought is over and I no longer need to conserve water,” Greco said. “We’re trying to make it so that these water-conserving behaviors are things that people adopt year-round regardless of a drought.”

Steven is a reporter for WUFT News who can be reached by calling 352-392-6397 or emailing news@wuft.org.
Previous ‘A Beautiful Artifact’: 25-Foot Scroll Of Alachua County And Florida History Is Now On Digital Display
Next The Point, April 4, 2020: Greyhound Racing Was Already Ending In Florida. The COVID-19 Outbreak Sped It Up.