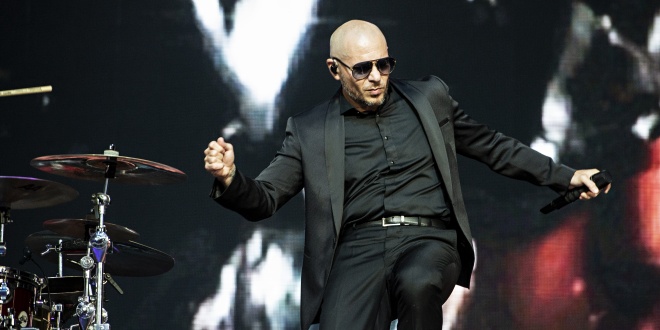 Performing artist Pitbull was as at the center of a trade secrets battle with regard to Visit Florida's public funding in 2016. (AP file photo)

The end of the 2020 legislative session spelled the end for attempts to clarify Florida’s trade secrets law to give the public greater access to information.

Similar legislation has been introduced during the last three legislative sessions, always passing the Florida House and never the Senate.

Transparency advocates have clashed with government agencies over access to records that agencies attempt to withhold on the grounds of “trade secrets.” In one highly publicized dispute, a contract to pay recording artist Pitbull to promote Florida tourism was withheld from public disclosure on the grounds that his compensation was a secret. That provoked debate over what information is and is not legitimately a confidential business secret.

Both bills passed the Florida House unanimously. The similar Senate bills, however, were not voted on in any of their three assigned committees.

Senate sponsor Dennis Baxley, R-Lady Lake, said he supported the bills when Gregory brought them to him because he likes the idea of having more consistency. However, he said “a number of people over the last few months” told him that each agency’s needs are different so there need to be different policies for each. Baxley said he could not remember who he spoke with about the legislation.

He said although the bill had been introduced twice before, it may need to mature more to prevent unintended consequences. Baxley said it’s also possible that it may not be the right decision to make trade secrets laws uniform because of the nuances of each state agency.

“We’re concerned about theft of intellectual property and transparency for economic development,” Baxley said. He did not clarify to whom “we” refers.

Gregory said HB 799 specifically excludes financial information related to contracts from the definition of trade secrets. He said that in the past agencies have hidden information that would be public under the Uniform Trade Secrets Act behind state trade secret exemptions.

“If a government entity wants to enter into a contract with a business, that contract’s price and terms could no longer be exempt,” he said.

Barbara Petersen, former president of the Florida First Amendment Foundation, said the first similar trade secret bill was introduced in the 2018 legislative session. The bill was introduced in part because the Republican-controlled Florida House was upset about the lack of transparency from the agency Visit Florida.

In 2016, the Florida House sued rapper Pitbull’s production company to release a contract between the company and Visit Florida. The contract was released by Pitbull days later. It said Visit Florida paid Pitbull $1 million to promote Florida tourism through a music video for the song “Sexy Beaches,” a travel sweepstakes, a video series, and the social media hashtag #loveFL.

To prevent the contract from being released, Visit Florida claimed it was a trade secret. Visit Florida cited a public-records exemption that enables agencies to withhold trade secrets that might be strategically used for competitive advantage. Petersen said agencies that don’t have public records exemptions fall back on this trade-secrets law as the basis for denying a public records request.

HB 801 would repeal the law making disclosure of trade secrets a crime.

Petersen said the move toward repealing trade secrets exemptions is about more than Pitbull and Visit Florida. In 2015, some state-licensed marijuana growers argued that their investors and partners were trade secrets, though they were included in a contract with the Florida Department of Health. The First District Court of Appeals in 2017 rejected that argument.

The bills are designed to ensure companies maintain their competitive edge while also allowing taxpayers to understand how their dollars are being spent, Gregory said.

Although the bills were not ready to pass this legislative session, Baxley said, trade secrets are an ongoing discussion.

“This is a project to continue,” he said.

This story was produced by Fresh Take Florida, a news service of the University of Florida College of Journalism and Communications. The reporter can be reached at sconza@freshtakeflorida.com