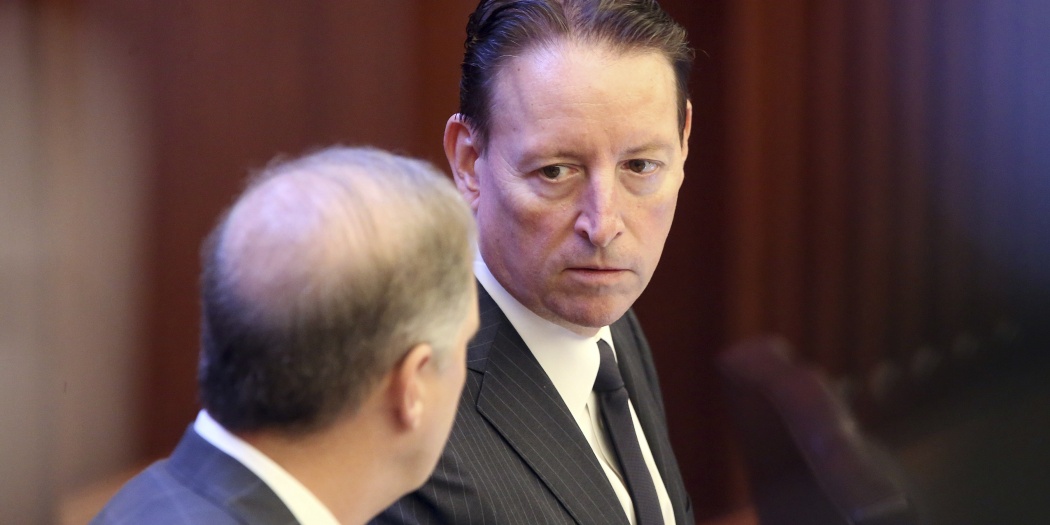 Florida lawmakers will vote Thursday on a record $93.2 billion budget for the upcoming fiscal year that includes spending $500 million to increase teacher pay and bolstering reserves as the novel coronavirus threatens state revenues.

The budget was distributed Sunday evening, starting a legally required 72-hour review period before lawmakers can vote on it. The House and Senate scheduled floor sessions at noon Thursday and announced precautions because of the coronavirus, known as COVID-19.

The House, in part, will close its public seating galleries to visitors and is “excusing any member from attendance who has symptoms associated with the virus or who meets the criteria for being part of the higher risk population,” according to a memo Sunday from Speaker Jose Oliva.

Also, the House and Senate will not hold a traditional “sine die” ceremony at the end of session, an often-raucous event that draws a crowd of lawmakers, lobbyists, staff members and reporters to the fourth-floor rotunda of the Capitol.

Despite concerns about lawmakers spreading the virus, they cannot legally cast votes without being present, a memo from Senate President Bill Galvano, R-Bradenton, said.

“Florida’s Constitution and laws do not contemplate the Legislature conducting votes remotely,” Galvano’s memo said. “This public health emergency certainly provides reason to explore changes to our laws that may allow such an option in the future; however, as it relates to this vote, in the midst of a pandemic, I am not willing to risk a legal challenge that could prevent our budget from being promptly enacted.”

Galvano also wrote that the Senate will “take significant precautions to mitigate the risks associated with group gatherings. Staffing for the sitting will be minimal and limited to those staff specifically designated by the chief of staff, secretary, sergeant, majority office and minority office. We will also forgo a traditional sine die ceremony in the rotunda. While the Capitol will remain open, members of the public are strongly encouraged to avoid congregating in the public gallery and the rotunda.”

The federal Centers for Disease Control and Prevention on Sunday recommended that in-person events of 50 or more people be canceled or postponed for the next eight weeks, though it said the recommendation “does not apply to the day-to-day operation of organizations such as schools, institutes of higher learning or businesses.”

The Florida House has 120 members, while the Senate has 40 members. Concerns about being exposed to the virus were evident Friday night during a House floor session.

“The notion of coming back here in a few days, after all of our members have had the opportunity to return home and do their jobs and mingle as best they can with their constituents and come back into what could be a large Petri dish by then is personally extremely daunting to me as we are moving into what may be the height of this crisis,’  Rep. Joe Geller, D-Aventura, said.

The annual 60-day legislative session was slated to end Friday but went into overtime because of delays in negotiating the budget and a tax package. Oliva, R-Miami Lakes, said after the Friday floor session that uncertainty about the coronavirus led to the delays.

“The delay in the budget, people speculated that it had to do with negotiating policy, it had everything to do with us wanting to put something together to ensure that we have enough in reserves, should the impact to the economy that we’re expecting take place, and the tax package was one of those things,” Oliva said.

Galvano also pointed to “recalibration that took place” related to “everything else that’s going on today with the reaction to the coronavirus.” Among other things, the House and Senate agreed to put more than $300 million in extra money into reserves to deal with economic fallout from the disease, which is hammering critical industries such as tourism.

Bradley and Cummings, in part, resolved numerous education and health-care issues, including setting aside $500 million to increase teacher pay across the state.

The current year’s budget totals about $91 billion. The House initially proposed a $91.37 billion budget for the 2020-2021 fiscal year, which starts July 1, while the Senate proposed a $92.83 billion spending plan.

The News Service of Florida is a wire service to which WUFT News subscribes.
Previous Gainesville Coffee Shop Owners Take Precautions Against Coronavirus
Next Supervisors Prepare For Election Day With Soap And Sanitizer