The Point, Feb. 10, 2020: ‘They Must’: Descendants Of Lynching Victims Explain Why Alachua County’s Reckoning Is Necessary

• WUFT News: Alachua County Advances Truth And Reconciliation Process With Memorial For Lynching Victims. “Forty-six thin white candles on Friday evening illuminated both the altar of Mount Pleasant United Methodist Church of Gainesville and perhaps Alachua County’s darkest past. The flames flickered at a memorial service for the 46 recorded cases of people being lynched in the county between just after the Civil War and just before the Great Depression.”

• WUFT News: ‘What We Are Celebrating Is A Revolution’: Exhibit Honors 19th Amendment Centennial. “…19 artists, none identifying as male, whose artworks comprise an exhibit celebrating the centennial of the U.S. Constitution’s 19th Amendment, which gave women the right to vote. The exhibit, which opened Friday at The Historic Thomas Center on Sixth Avenue and runs through June 27, is titled “RBL GRL: Revolution Doesn’t Ask Permission.”

• WUFT News: Where Healthy Food Is Scarce, A Dream Of A Flourishing Fruit Tree In Every Yard. “Now, to help tackle food insecurity and improve life in east Gainesville, (Enio) Ximenes said he plans to plant fruit trees in the yards of willing residents, starting in his own neighborhood off Hawthorne Road.”

• Gainesville Sun ($): SWAG honors founder Canton. “(Joan) Canton is one of the founders of the Southwest Advocacy Group, a cadre of women — some from wealthy neighborhoods and Canton from Linton Oaks — who achieved far beyond what others would have predicted in creating a set of buildings and services to help children and adults.”

• WTSP: Woman attacked by pack of dogs Spring Hill – in her own backyard. “Deputies say she was in her backyard with her small dog Friday afternoon when the pack of big dogs spotted them and forced their way through a partially-open sliding glass door. The woman was picking up her dog to protect it when she was attacked.”

• Our Untold Florida series returns this month with the answer to this question: Why are Ocala’s passenger flights still grounded? One of our reporters spent a month digging into the airport’s history and possible future, including the opening of a new terminal later this month. Thanks to a reader named Jerry from Ocala for the thought-provoking question.

We’re reloading this series for 2020 and would welcome your curiosities about your community — wherever you live. Click here or below to send one our way. 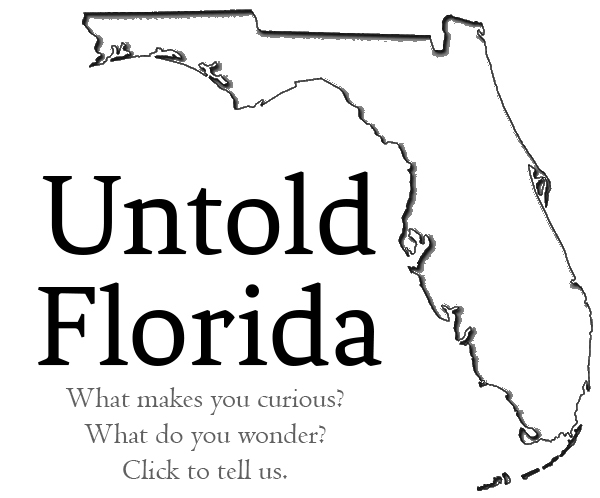 • WTSP: Contractors say they never anticipated winds strong enough to topple crane onto I-275. “Strong winds knocked a crane over Thursday onto the northbound lanes of I-275 North, causing some to question how that happened.”

• New York Times ($): Terry DeCarlo, Gay Leader in the Wake of a Shooting, Dies at 57. “Terry DeCarlo, a spokesman for Florida’s L.G.B.T.Q. community who was thrown into the national spotlight in 2016 after the mass killing in a crowded gay nightclub in Orlando, died on Jan. 27 at a hospital in Hollywood, Fla. He was 57. His husband, Bill Huelsman, said the cause was face and neck cancer.”

• Florida Times-Union ($): Jacksonville man arrested, accused of crashing van into tent of Republican voters. “(Gregory) Timm is accused of ramming his van through a Duval County GOP tent sending volunteers scrambling for their lives Saturday afternoon in the parking lot of the Walmart Supercenter, 11900 Atlantic Blvd., at Kernan Village shopping center in Sandalwood.”

• Florida Politics: Bill to exempt diapers from sales tax making its way through Florida Senate. “If the bill sounds familiar, that’s because it made progress in the Senate last year. In 2019, (state Sen. Lauren) Book’s bill was approved unanimously by the Commerce and Tourism Committee as well as the Finance and Tax Committee. But it died in Appropriations.”

• AP: Conservationists buy Florida lake with Gulf oil spill funds. “The Nature Conservancy acquired Lake Wimico, a 20,161-acre piece of land in the Florida Panhandle calling it one of the largest conservation wins in over a decade.”

• NPR News: Val Demings Says House Impeachment Managers ‘Made Our Case’ “…Democrats have been left to answer whether impeachment was worth the political cost. That includes Rep. Val Demings of Florida, one of the seven impeachment managers who argued the case against the president during his trial in the Senate.”

• Miami Herald ($): How many jobs has cannabis industry grown in Florida? New study adds them up. “According to a report released Friday by cannabis website Leafly, 15,498 people in Florida held jobs in the cannabis industry in 2019, trailing only California, Colorado, Washington and Oregon — mature cannabis states with both medical and recreational markets.”

• Palm Beach Post ($): Why are Californians asking about Florida cow poop? It’s all about climate change. “Brightmark Energy out of San Francisco is one of multiple firms soliciting Florida dairy farmers to turn their cow poop lagoons into money-making biogas machines as carbon emission standards tighten to mitigate climate change.”

• National: Houses Of Worship Struggle To Balance Security And Belief In Wake Of Violence

• Health: Bats Carry Many Viruses. So Why Don’t They Get Sick?

Contact WUFT News by calling 352-392-6397 or emailing news @wuft.org
Previous ‘What We Are Celebrating Is A Revolution’: Exhibit Honors 19th Amendment Centennial
Next In Reversal, Florida To Allow Elbow Strikes By Fighters In Muay Thai Martial Arts Matches

The Point, May 18, 2022: Here’s what Florida lawmakers may try to accomplish during the special session on property insurance next week

The Point, May 17, 2022: Florida has now had six million coronavirus cases

The mark comes as hospitalizations begin to rise again in the state.