TALLAHASSEE — Florida’s Republican-majority Senate passed a bill Thursday requiring underage girls to obtain consent from a parent before they can have an abortion. Senators voted 23-17 along party lines.

The vote brings the proposal one step closer to becoming law. With a measure that resonates among social conservatives in a presidential election year, Republican Gov. Ron DeSantis has already said he would sign the bill and make Florida the 27th state to impose parental consent legislation for abortion.

The Republican-controlled House is expected to pass the bill in the coming weeks.

The bill, sponsored by Sen. Kelli Stargel, R-Lakeland, would prohibit physicians from performing abortions on minors without consent from a parent or guardian, except in a medical emergency. A minor could petition for a judicial waiver from court. In order to issue the waiver, the judge would have to evaluate the child’s age, intelligence, maturity and ability to accept responsibility.

Florida’s Supreme Court in 1989 ruled a similar bill unconstitutional because of vague criteria for the judicial waiver and lack of legal counsel. Stargel’s bill includes new instructions for judges to consider in such cases and provides for a court-appointed lawyer for girls.

Critics said the proposal goes too far intruding on the privacy rights of minors.

“In Florida, the right to privacy in terms of abortion is not only one which has been established by numerous instances of judicial precedent but is now in the text itself,” said Sen. Gary Farmer, D-Fort Lauderdale. “We have set the limit on how we can intrude on that minor’s right to make her decision.”

This story was produced by Fresh Take Florida, a news service of the University of Florida College of Journalism and Communications. The reporter can be reached at khayes@freshtakeflorida.com. 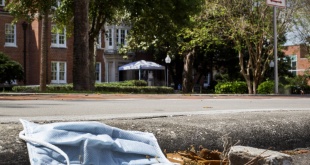 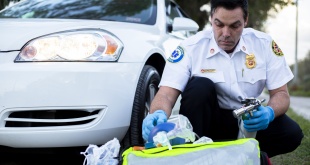 As Florida's confirmed cases of the coronavirus pandemic rise, the risk of the disease spreading within state prisons and jails is causing officials to rethink how Florida keeps its criminals behind bars.