TALLAHASSEE — Donna Hedrick stood in front of lawmakers at the Florida Capitol and described how she was sexually assaulted as a child by her chorus teacher.

She kept her secret buried. She told legislators she felt powerless and terrified.

Tears welled in her eyes and her voice began to shake, as the now 63-year-old said she later learned he abused other children. It took her decades to process what happened and report it to law enforcement, only to find out she reported it too late.

Before now, she’s only spoken about it one-on-one or in small groups, but not at a public forum, she said.

But she did so because she doesn’t want another person to experience the same horrors. It’s why she spoke about it Tuesday morning – to advocate for HB 199 and SB 170, named “Donna’s Law” in her honor. It’s legislation that would remove the statute of limitations of reporting on any sexual battery case if the victim is under the age of 18.

Hedrick is one of a handful of sexual assault survivors writing, researching and lobbying for legislation to reform and protect other survivors’ rights and change the statute of limitations for victims who are minors.

Katrina Duesterhaus, a member of the RAINN Speakers Bureau, a national anti-sexual violence organization, spoke at the Criminal Justice Sub-Committee meeting the first week of session and again Tuesday morning at the House Justice Appropriations Subcommittee in support of the bill.

Duesterhaus told state representatives about being sexually assaulted at a high school party. Duesterhaus’ said it plays over and over in memory like clips in a movie. Bits of flashes echo what happened that night, but it took years to even process what happened.

“Worst of all, I was told it was too late for an investigation,” Duesterhaus said.

Duesterhaus said speaking to others helped them come to terms that they were assaulted and begin the healing process.

“I would love to use my story as a way to help others understand what happened to them wasn’t their fault,” they said.

One of the bill’s House sponsors, Rep. Scott Plakon, R-Longwood, said the bill has been going through the committees smoothly and receiving support from both Republican and Democratic lawmakers. Although the bill wouldn’t apply retroactively, he hopes it’ll give victims more time and better opportunity to pursue one’s attacker.

“It would put more tools in a prosecutors toolbox,” he said.

Another woman, Kim Jaime, also from the RAINN Speakers Bureau, told lawmakers she was assaulted by her father as a young child and didn’t report it till she was 50. She said it led to what she described as post-traumatic stress disorder and depression throughout her life.

Jaime said Tuesday that while some opponents of the bill argue that a victim could hold it over someone’s head for decade, lawmakers need to remember that it’s still a crime, no matter when it took place.

“They say it would ruin the perpetrator’s life,” she said. “My life? Isn’t it worth something?”

Kim Porteous, the president of Florida NOW, National Organization for Women, fully supported the bill but told lawmakers on Tuesday that she supports Donna’s Law, but it doesn’t go far enough — it needs to expand beyond minors. As a survivor who was assaulted after the age of 18, she stressed college-aged women, young adults and males also face abuse.

“If we don’t address this, then what are we really doing here,” Porteous said.

Florida currently has more regressive policies when it comes to statute of limitations, said Camille Cooper, vice president of public policy for RAINN. If survivors in Florida miss the window to report an assault, there’s not much one can do.

“It’s almost like an additional traumatic event when they find out when they are ready to come forward that they can’t,” Cooper said.

Another pair of bills, HB 727 and SB 1028, aim to enact the “Sexual Assault Survivors’ Bill of Rights,” providing the same rights for survivors of sexual violence on a state level that are already afforded under federal law.

Amaris Leon, the Florida representative for Rise Justice Labs, a non-governmental civil rights organization that helped write the federal legislation, said she was inspired to help research and write Florida’s “Survivors’ Bill of Rights” based on her own experience as a survivor.

At the time of her assault, she was a college student living out of her car, was unable to recognize her assailants and couldn’t afford any legal or extra costs. It wasn’t until she went to counseling years later that she opened up about what happened, she said.

“There’s not one day I don’t think about my attacker,” she said. “I jumped at the chance to write a bill that changes laws for the state I live in but is also the closest form of justice that I see.”

Since the 2018 #MeToo movement there’s been a shift in how society and lawmakers address sexual violence, said Elizabeth Jeglic, a doctorate professor of psychology at John Jay College in New York and expert listed by the National Sexual Violence Resource Center, in an earlier interview.

The policy changing shift has to be as great as the cultural shift in order to enact real change, she said. 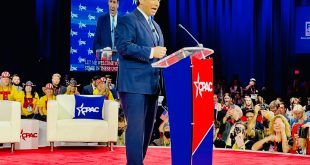