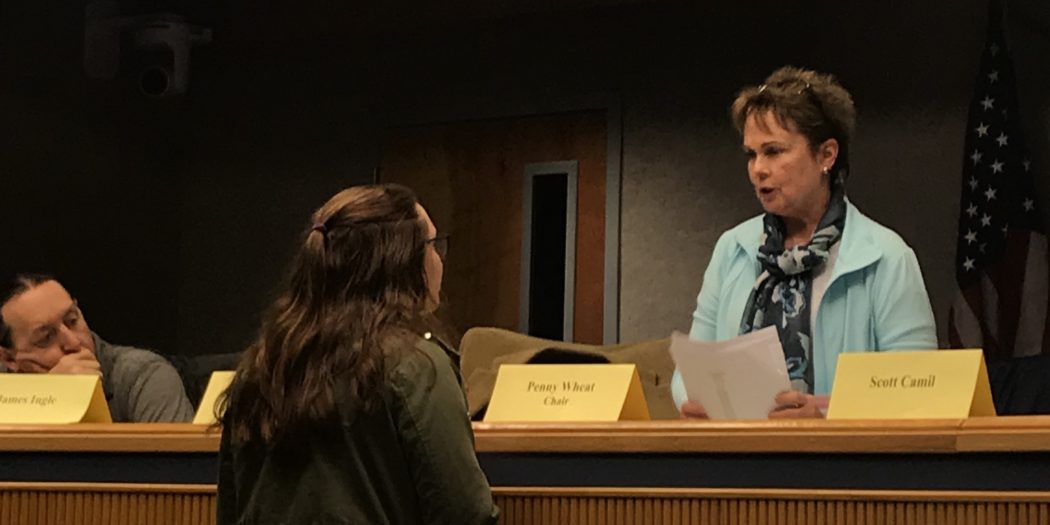 Alachua County voters will not get to decide in this year’s general election whether the county commission should have single-member district representation, after the Alachua County Charter Review Commission decided Wednesday to not support the idea.

The review commission made its decision despite public support for single-member district representation during its meeting at the Alachua County Administration Building.

“We need to have county commissioners who represent people in the area they are living in,” High Springs City Commissioner Nancy Lavin told the 12-member review commission.

The county commission is comprised of five commissioners who hail from one of five geographic districts – however, voters cast their ballots for candidates regardless of geography.

The proposed method would have allowed residents to vote only among commission candidates vying to represent the district in which the voter is registered to vote.

Susan Baird, a former county commissioner, pleaded with the review commission for single-member district representation in the name of what she said would be “better governance.”

“We are 10 years wiser and more diverse by voting for single-member,” Baird said, adding that “this important issue must be on the ballot to ensure the people’s interests are represented.”

Newberry Mayor Jordan Marlowe, another supporter, pleaded with the review commission to at least put the idea on the ballot “so that the people can at least talk about it.”

“We are all here trying to do what’s right for our constituents,” he added.

The county commission appoints members to serve on the review panel every 10 years. The review panel has until March 31 to decide which proposed charter amendments to move forward for public hearings. The review panel will vote on June 12 on whether to send any proposed county charter changes to the elections supervisor. Voters would have the final say in November.

The review panel has received more than 50 amendment proposals from residents via its website.

“The narrowing process begins tonight,” Penny Wheat, another former county commissioner who is chairwoman of the charter commission, said Wednesday.

Those against single-member district representation, including review committee member Scott Camil, argued that it would mean voter suppression, being that voters would only have a say in 20% – rather than 100% – of the commission makeup.

Tamara Robbins, another committee member, said she thought this issue “deserved a better deep dive of discussion” than what had transpired so far.

After nearly two hours of back-and-forth on the issue, the committee ultimately voted to end all conversation about single-member representation then and there.

Abigail Brainard, 19, is a junior at the University of Florida studying food and resource economics. She attended the meeting to discuss another proposal – one to end student participation in local elections. While she is from Plant City, she was compelled to fight for her rights in Gainesville.

“I wanted to be here to represent the involved students at the University of Florida and thank you all for upholding our voting rights,” Brainard told the charter commission. “Advocation for the suspension of our participation in local elections would be a violation of the 14th Amendment and equal protection under the law.”

The board eliminated from consideration of the proposal to end student participation.

The review commission is scheduled to meet next on Feb. 12.

Corrections appended: A previous version of this story misstated the commission as having 11 members. It has 12, although one was absent Wednesday. In addition, the proposal to bar college students from voting will, in fact, not be part of further charter review discussions.

Jourdan is a reporter for WUFT News who can be reached by calling 352-392-6397 or emailing news@wuft.org.
Previous State Still Working Out Flaws With Firefighter Cancer Bill
Next Gainesville Set To Run Self-Driving Vehicles On Its Public Roads